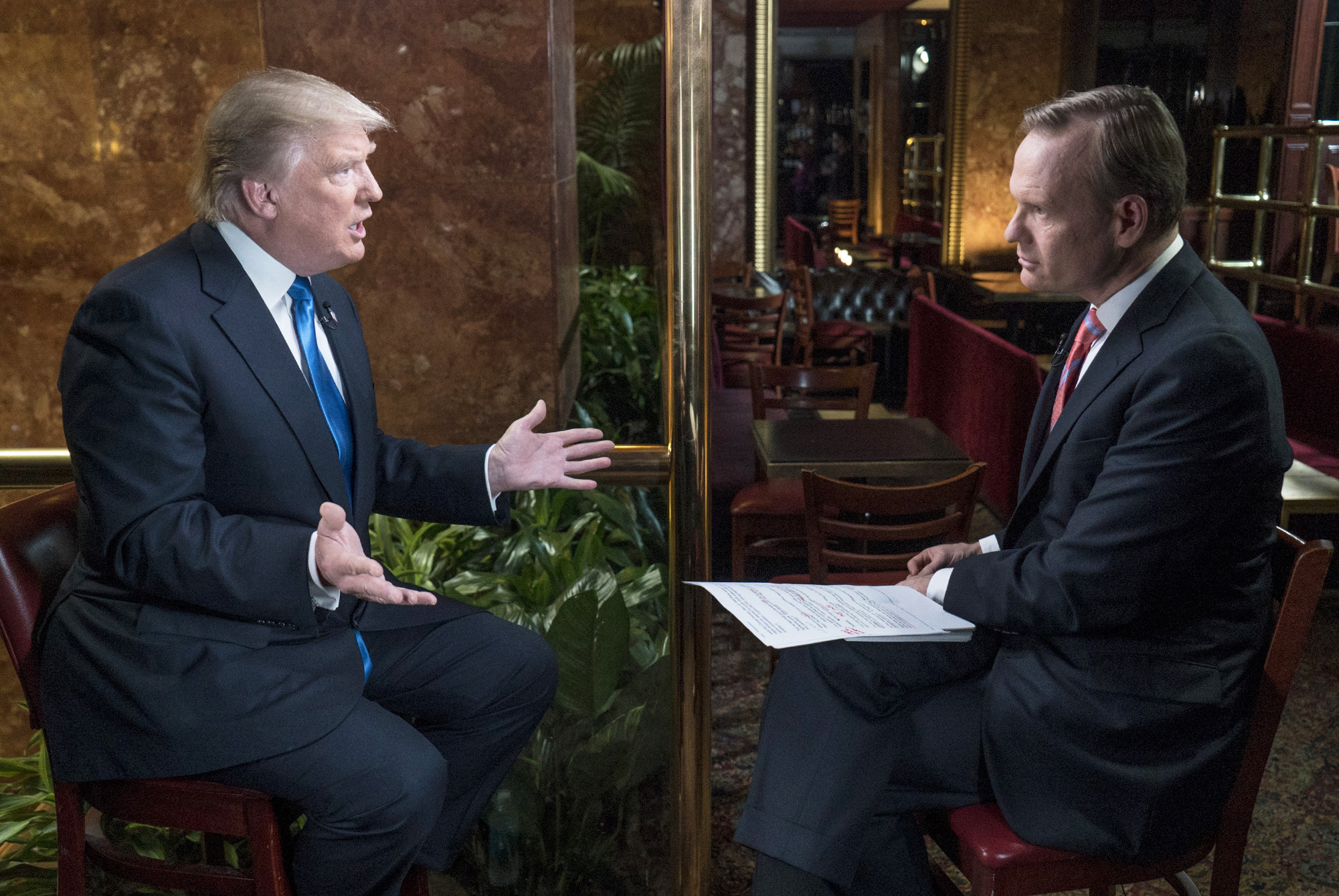 Donald Trump suggested in a new interview that he's being treated unfairly in the Republican Party.

In a wide-ranging interview that aired Sunday on CBS's "Face the Nation," Trump was asked if he would tell his supporters to support another Republican if he doesn't win the party's nomination.

The billionaire businessman was referring to the pledge he signed last year that committed him to supporting the eventual GOP presidential nominee and that ruled out a third-party bid. Last week, Trump reneged on that pledge.

Asked where he stands on that pledge now, Trump told Dickerson, "I want to support the party" but added he didn't want to "comment too much on it right now."

As an example of his feeling discriminated against, Trump complained about receiving the same number of delegates in Louisiana as Ted Cruz even though he won the state's primary by 3 percentage points.

"When I go in and win the state of Louisiana and I get less delegates, that's not the way the system's supposed to work," Trump said, adding that he thinks "it could be illegal, if you want to know the truth."

According to CBS News' latest count, Trump has 737 delegates, Cruz has 460 and John Kasich has 143. A candidate needs 1,237 delegates in order to win the nomination.

During the interview, the GOP presidential front-runner rejected the idea that last week was the worst of his campaign.

"I don't see this as the worst week in my campaign. But certainly, I've had some weeks, and you've been reporting on them, where that was the end," said Trump, who then suggested that he always bounces back from bad weeks with higher poll numbers.

Trump addressed the controversy surrounding his campaign manager Corey Lewandowski and former Breitbart reporter Michelle Fields. Lewandowski was charged last week with battery for grabbing Fields at a press conference last month. Trump has defended him, but said on "Face the Nation" that he would have "fired him instantaneously" if he had thrown Fields to the ground.

"Then he will change the law through his judicial appointments and allow the states to protect the unborn. There is nothing new or different here," she said.

"Look, nuclear's a horror show. I would be probably the last to even think about using it. People say, 'You've promised never, ever to use it.' You can't do a thing like that. You have to have cards on the table," he said.

Last week, Trump said he would be open to allowing South Korea and Japan to obtain nuclear weapons and he also declined ruling out using nuclear weapons in a military conflict in Europe.