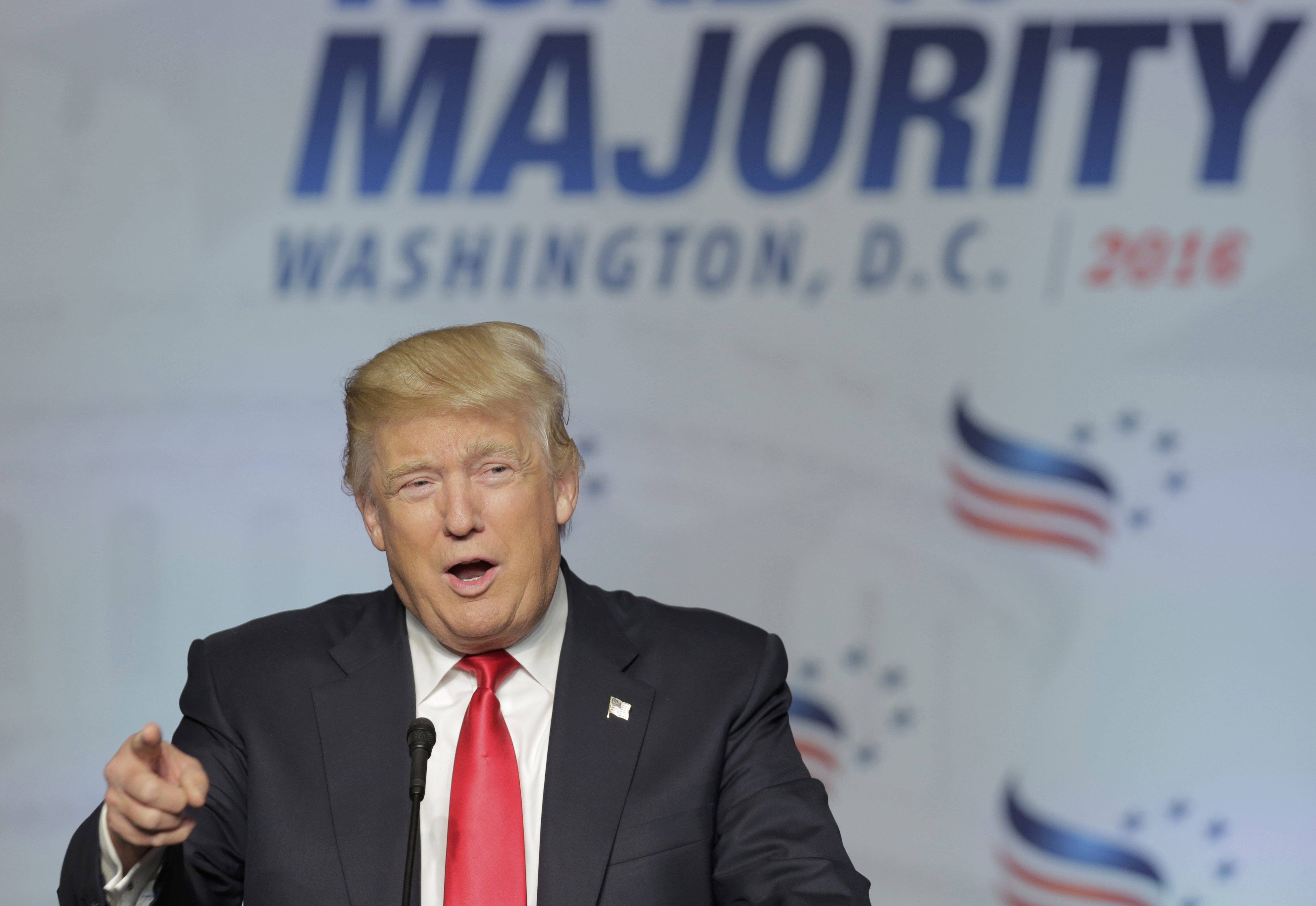 Donald Trump on Friday claims Hillary Clinton is "unfit" for the presidency because she refuses to say "radical Islam."

"All of us need to confront together the threat of radical Islam," the presumptive GOP nominee said at the Faith and Freedom conference in Washington. "Now, Hillary Clinton -- or as I call her, 'crooked Hillary Clinton' -- refuses to even say the words 'radical Islam.' This alone makes her unfit to be president."

He then continued, "Hillary will bring hundreds of thousands of refugees, many of whom have hostile beliefs," he said, adding that these people "openly support terrorism in our country."

Later in the speech he said, "We have to temporarily stop this whole thing with what's going on with refugees."

Trump said that Clinton would appoint "radical judges who will legislate from the bench, overriding Congress" and appoint judges who will "abolish the Second Amendment and destroy the rule of law."

"She wants to abolish the Second Amendment," Trump said.

Clinton, however, has never said she wants to get rid of the Second Amendment. She has advocated for tougher restrictions to strengthen background checks and close loopholes, and she wants to keep guns out of the hands of terrorists, domestic abusers and other violent criminals. She also favors holding gun dealers and manufacturers accountable.

"She'll restrict religious freedom," Trump said. "She'll push for federal funding of abortion on demand up until the moment of birth."

That was a criticism aimed at Clinton's call for the repeal of the Hyde amendment, which prohibits federal funding for abortion except in cases of rape, incest or to save the life of the mother, and her support for this has to do with low-income women, who have trouble coming up with the money for abortion.

He concluded, "We will restore faith to its proper mantle in this society. We will respect and defend Christian Americans."