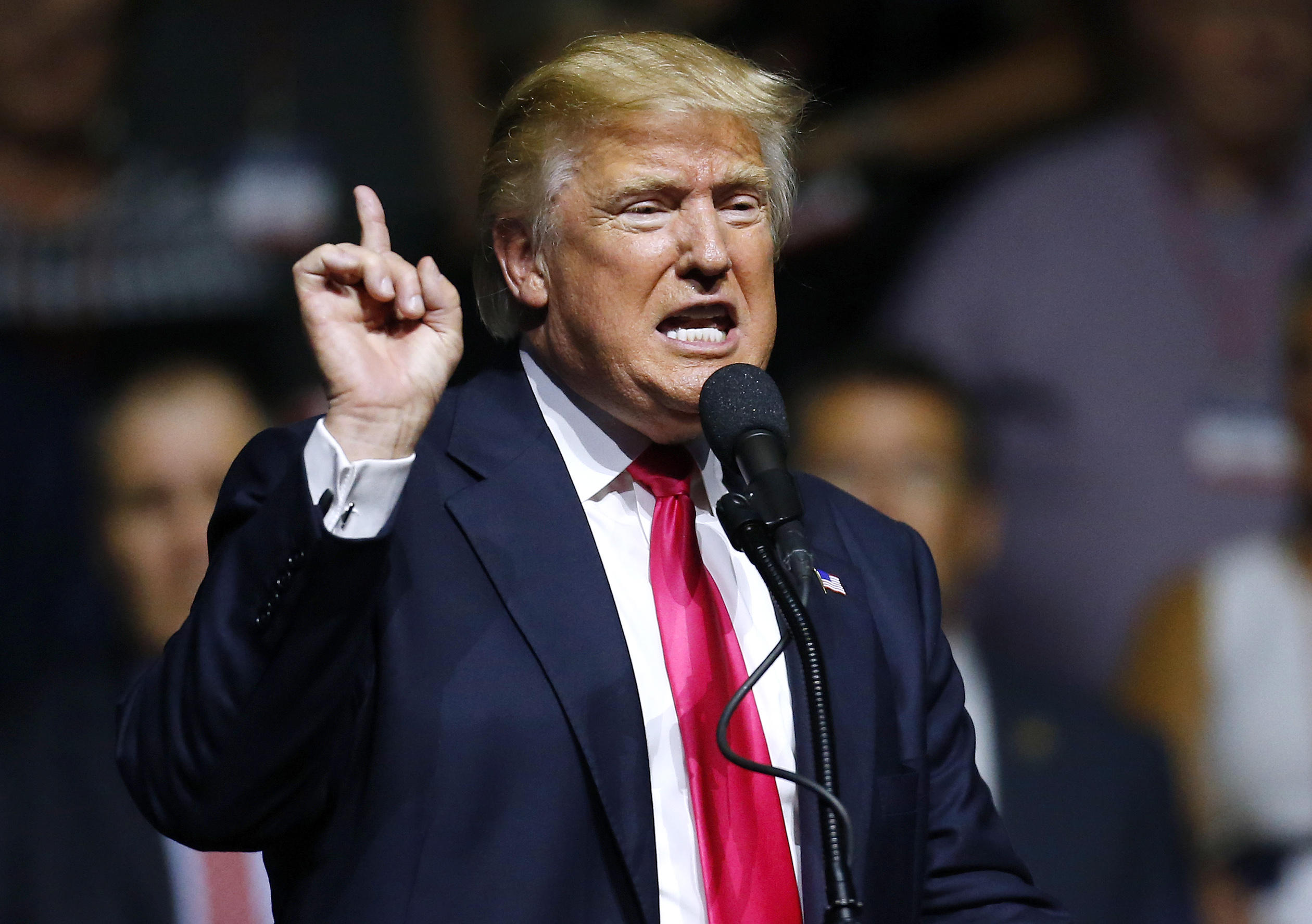 Donald Trump had made references to what he calls Hillary Clinton’s “bigotry” over the past week, but he had not called her a bigot outright. That changed Wednesday evening during a rally in Jackson, Mississippi.

“She doesn’t care about you,” he said, addressing African American voters, who were not in the room to hear his pitch.

“You’ve had her policies. Democrats running some of the inner cities for 50, 70, 80 even over a hundred years. And look what you have right now. Poverty, no education, crime, you can’t walk down the street with your child,” Trump continued. “We’re going to fix it. Hillary Clinton has no remorse.”

While Jackson is predominantly black -- nearly 80 percent of its residents are African American -- the audience at Trump’s rally was predominantly white.

A surprise guest for the rally-goers, Nigel Farage, Britain’s original Mr. “Brexit,” criticized President Obama for his opposition to the British exit from the European Union.

“Obama talked down to us, he treated us as if we were nothing,” he told the crowd. “We’re one of the oldest functioning democracies in the world, and here he was telling us to vote remain. So I, having criticized and condemned his behavior, I could not possibly tell you how you should vote in this election.”

That said, Farage shared with the crowd what he’d do if he did have a vote.

“Anything is possible if enough decent people want to fight the establishment,” Farage told the crowd.

A few days ago, Trump tweeted about his affinity for Brexit.

The Republican nominee drew comparisons between the Brexit vote and the U.S. presidential election.

“They voted to reclaim control over immigration, over their economy, over their government,” he noted. “Working people and the great people of the U.K. took control of their destiny.”

And at the rally Wednesday, Trump presented a different face of immigration policy​ than the version he talked about Tuesday in his town hall with Sean Hannity, in which he suggested that a “softening” of immigration policies​ affecting some undocumented immigrants could be part of his plan.

That version was not evident in the Jackson speech -- here, Trump returned to a law-and-order, America-first vision, which torched the media because, he said, it “ignores the plight of Americans who have lost their children to illegal immigrants, but spends day after day pushing for amnesty for those here in total violation of the law. We can’t allow that.”

And he attacked elected officials, accusing them of prioritizing the undocumented over American citizens.

“Why do our leaders spend so much more time talking about how to help people here illegally, they’re here illegally, and they spend and they work and they try so hard to help them, but they don’t try helping American citizens.”