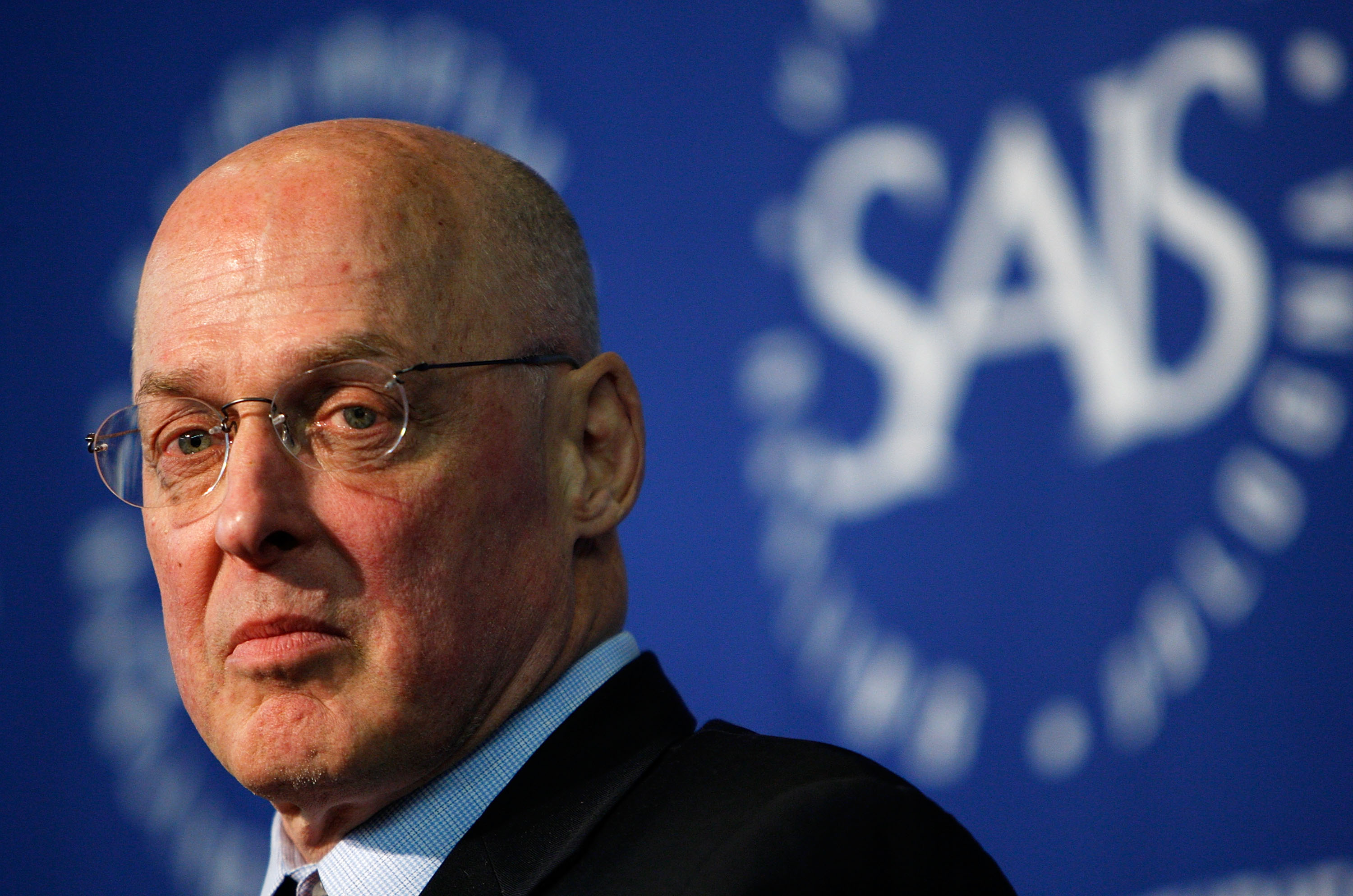 Adding to a growing list, Hillary Clinton has another prominent Republican squarely in her corner thanks to Donald Trump: Henry Paulson, the treasury secretary to former President George W. Bush.

"With Donald Trump as the presumptive presidential nominee, we are witnessing a populist hijacking of one of the United States' great political parties," Paulson wrote in a blistering Washington Post op-ed Friday, calling the billionaire's brand of populism one "rooted in ignorance, prejudice, fear and isolationism."

"This troubles me deeply as a Republican, but it troubles me even more as an American," said Paulson, a former Goldman Sachs chief executive who spearheaded the 2008 Wall Street bank bailout as treasury secretary.

"Enough is enough," he wrote. "It's time to put country before party and say it together: Never Trump."

Instead, he offered up Democrats' presumptive presidential nominee, Hillary Clinton, as the country's best alternative to Trump, encouraging his GOP colleagues to consider her when casting their ballot.

"When it comes to the presidency, I will not vote for Donald Trump. I will not cast a write-in vote," Paulson wrote. "I'll be voting for Hillary Clinton, with the hope that she can bring Americans together to do the things necessary to strengthen our economy, our environment and our place in the world. To my Republican friends: I know I'm not alone."

Paulson, who chairs the Paulson Institute at the University of Chicago aimed at strengthening U.S.-China relations, went on to trash Trump's business acumen, saying that the "tactics he has used in running his business wouldn't work in running a truly successful company, let alone the most powerful nation on Earth."

Rather than carefully analyzing facts to make informed decisions, the former Bush administration official blasted Trump because he "repeatedly, blatantly and knowingly makes up or gravely distorts facts to support his positions or create populist divisions."

He pointed to Trump's "scorched-earth" bankruptcy policies as proof that the New York real estate mogul "takes imprudent risks and, when his businesses fail, disavows his debts."

Looking past the November election, Paulson raised the specter of Trump in the Oval Office and slammed the businessman's proposals on entitlements and trade.

On entitlement programs, the ex-secretary said if they are "not fixed soon, they threaten our nation with a debt burden that would undermine the retirement security of young Americans and future generations."

"It doesn't surprise me when a socialist such as Bernie Sanders sees no need to fix our entitlement programs," he said. "But I find it particularly appalling that Trump, a businessman, tells us he won't touch Social Security, Medicare and Medicaid."

And on international trade deals, Paulson asserted that "the policies Trump endorses would destroy, not save, U.S. jobs."

"We need to welcome rather than shrink from trade and economic competition," he wrote, noting Trump's unwillingness to engage in America's current trade agreements. "Trump calls our current trade deals 'disgusting, the absolute worst ever negotiated by any country in the world.' This is simply false."

Trump, for his part, didn't seem fazed by the Paulson endorsement.

When asked in Aberdeen, Scotland, on Saturday how he felt about the former treasury secretary's Clinton endorsement, Trump replied: "Don't know anything about him."