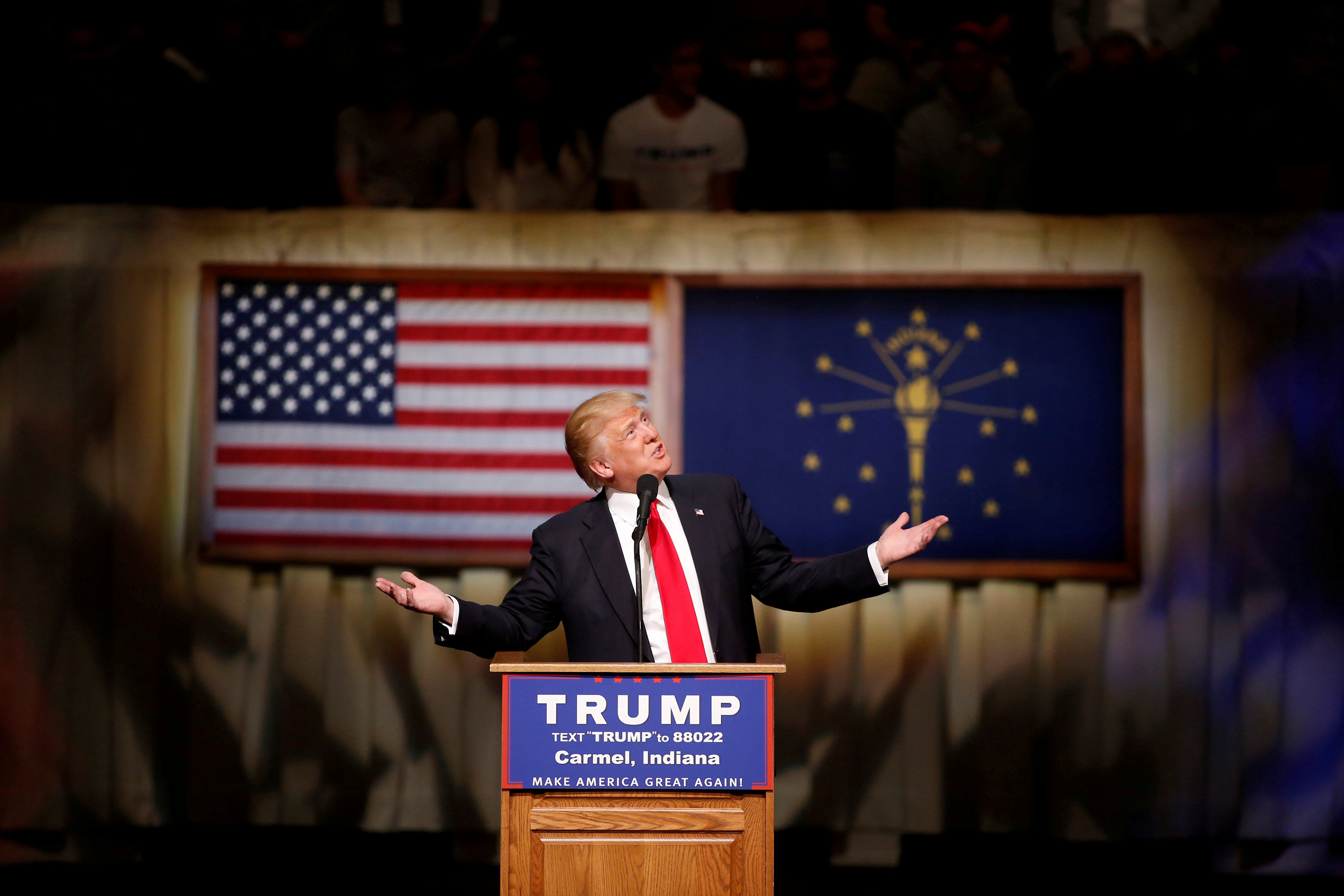 Soon after Donald Trump announced he was running for president on June 16, 2015, he jumped to the front of the pack of candidates running for the GOP nomination, leading in 8 of the 9 national polls conducted by CBS News during the primary season.

By January -- before the primary season began -- 53 percent of Republican primary voters nationwide expected Trump to be the Republican nominee. After primary wins in the early states of New Hampshire, South Carolina, and Nevada, and a string of victories in March, that percentage rose to 77 percent.

Trump would go on to win nearly 14 million votes in the Republican primaries, more than any Republican candidate in history, and he would capture the most delegates in 37 states.

Who voted for Trump?

Trump enjoyed broad support in the Republican primaries and caucuses. CBS News exit polls show he appealed to men, women, young and old, and particularly to those voters unhappy with the status quo.

The Republican primary electorate was looking for something different this year. Fifty-two percent said they wanted the next president to be someone outside of politics. Fewer (40 percent) wanted a political insider. Trump, who has no political background, was the clear beneficiary of this sentiment. Trump won the support of voters who wanted an outsider in every state where the poll question was asked (23 of them). Overall, 68 percent of voters seeking an outsider backed Trump.

In addition to that desire for an outsider, most Republican primary voters -- 55 percent -- felt betrayed by their party. And these voters went for Trump (45 percent) over Cruz (28 percent). Trump tapped into an anger felt by many.

According to exit polls, about four in 10 GOP primary voters (39 percent) said they were angry about the way the federal government is working and Trump won the support of these voters. In the 28 states where exit polls were conducted, Trump won the backing of angry voters in 26 of them, losing this group only in Texas (Cruz's home state) and in Iowa.

Still, the most conservative GOP voters were not consistent backers of Trump in the primaries, although he performed pretty well among them. In states where exit polls were conducted, a third (33 percent) of Republican primary voters identified themselves as "very conservative" and Ted Cruz edged Trump out among these voters 41-37.

But among all conservatives -those who say they are very or somewhat conservative combined - Trump won 41 percent over 31 percent for Cruz.

When looking at all the state exit polls combined, Trump won the support of men, women, young and old -although he ran stronger with older voters. He won lower income groups and the support of those with higher incomes.

Trump performed well with both college graduates and those without a degree but the latter group were some of his most consistent supporters. In the 28 states where exit polls were conducted, Trump won the support of GOP voters without a college degree in all but four - Iowa, Oklahoma, Texas and Wisconsin - all states Trump lost.

Overall, Trump received the support of 47 percent of non-college grads in the primaries and caucuses where exit polls were conducted, compared to 27 percent for Ted Cruz. Trump also won the support of Republican voters who are college graduates, but by a smaller margin.

The economy and bringing change

As shown by their support for an outsider, many Republican voters were looking for change. Among the top candidate qualities for voters was a candidate who would bring change. The desire for change ranked just behind values, in terms of voters' priorities. Trump really excelled among these voters winning them by a margin of nearly 30 points.