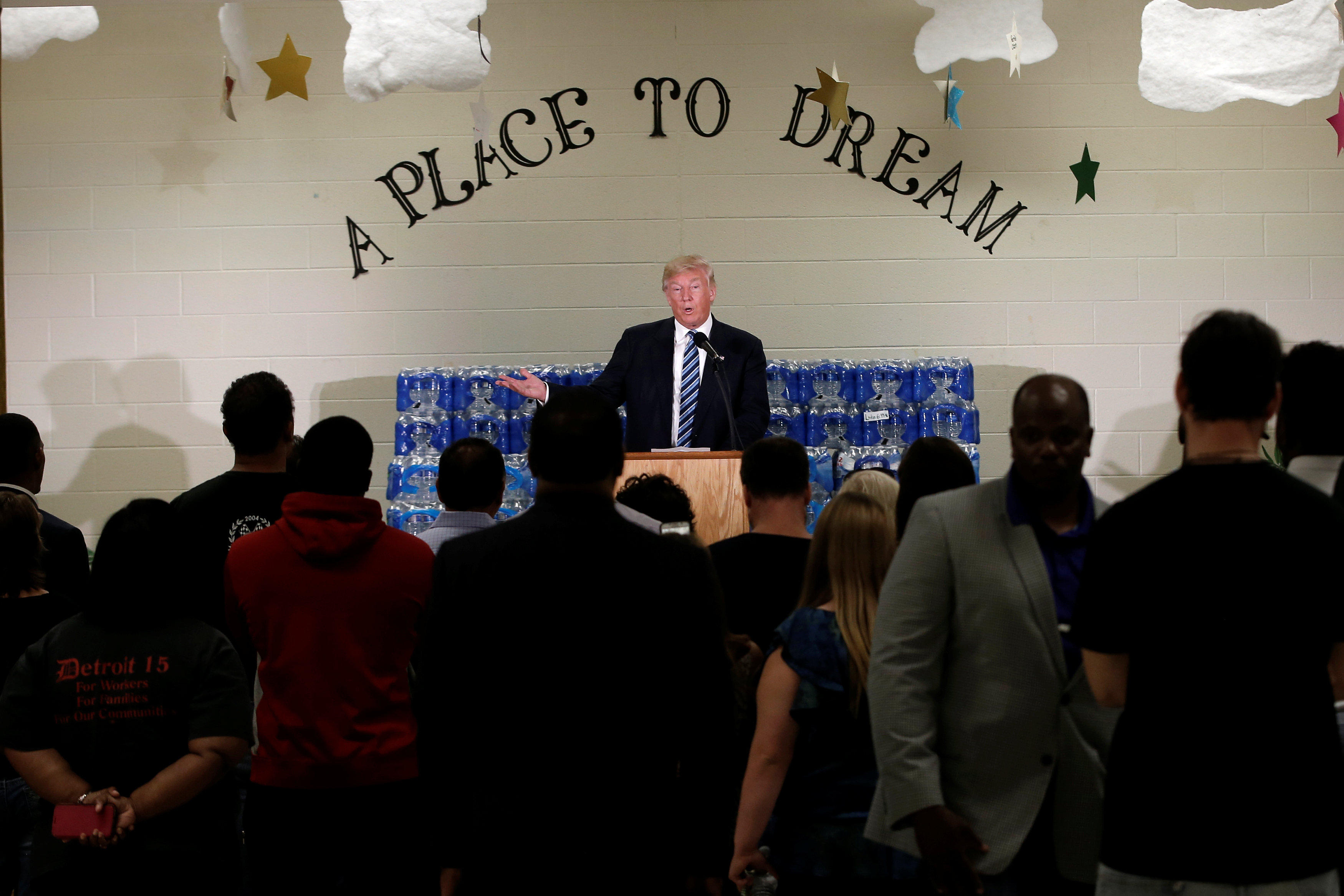 Donald Trump on Thursday morning lashed out at a Flint, Mich., pastor who interrupted him for giving a political speech there on Wednesday—and Democratic nominee Hillary Clinton is going after Trump for his comments.

On Wednesday, Trump was speaking at a church in Flint when he began to talk about Clinton. Rev. Faith Green Timmons stepped out to interrupt him, saying: “Mr. Trump, I invited you here to thank us for what we’ve done in Flint, not to give a political speech.” Trump continued with his speech.

Asked about the exchange in a Fox News interview Thursday morning, Trump said Timmons was a “nervous mess.”

Speaking at an awards ceremony in D.C. Thursday night, Clinton criticized Trump for the way he treated Timmons.

“His recent target? A minister in Flint who respectfully asked him not to just her pulpit to advocate … he called her a nervous mess,” Clinton said. “She is not a nervous mess, she is a rock for her community and she deserves better and so does America.”