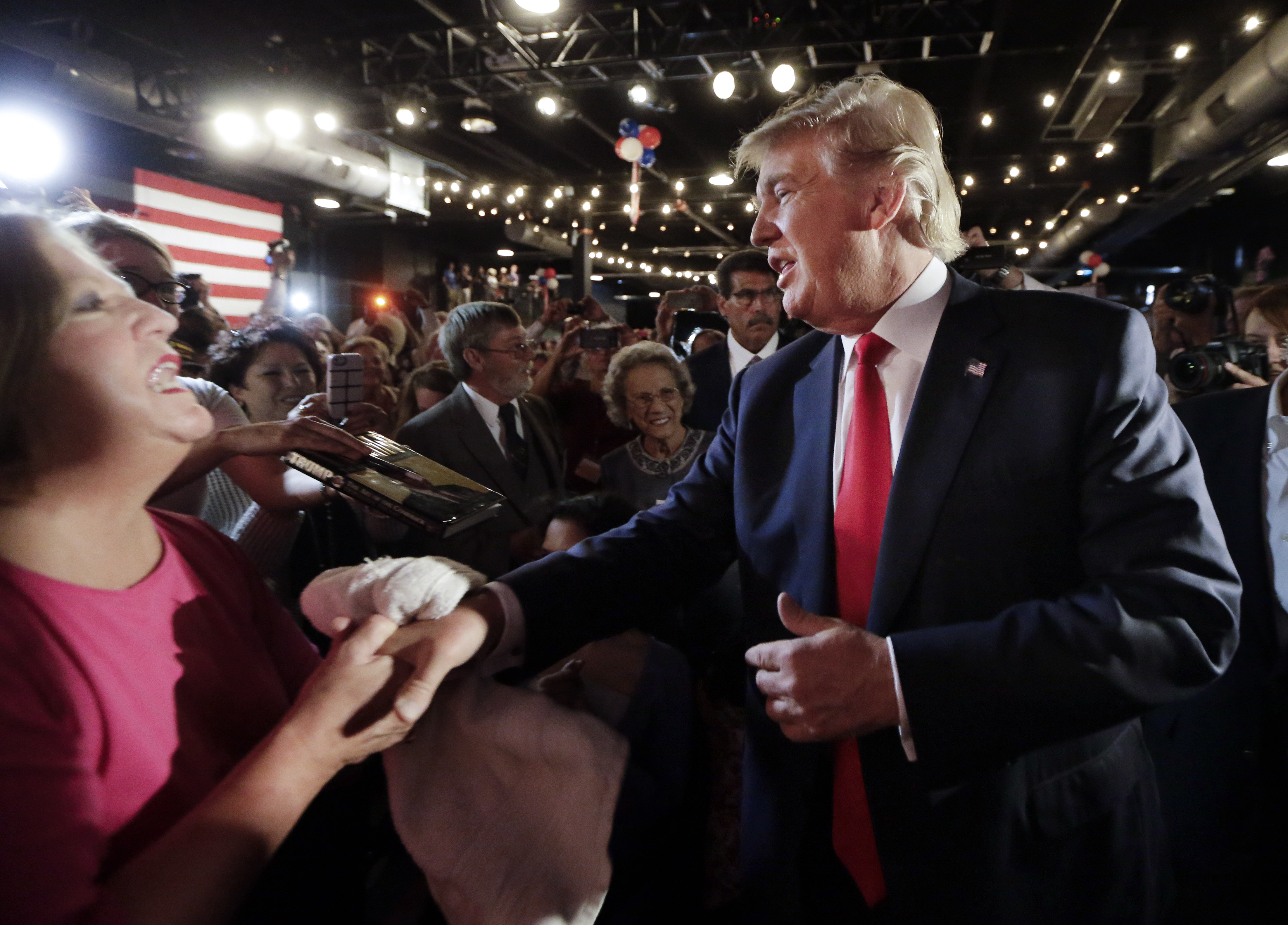 When it comes to attacking Hillary Clinton, Donald Trump refuses to spare anyone.

On Saturday, he took aim at top aide Huma Abedin, who has been embroiled in the recent controversy over Clinton's use of a private email server during her tenure at the State Department, and accused her of sharing classified information with her husband. Abedin's husband, the former New York Congressman Anthony Weiner, also suffered a few Trump insults.

"[Abedin's] receiving very, very important information and giving it to Hillary. Who else is she giving it to? Her husband has serious problems and on top of that, he now works for a public relations firm," Trump said Saturday in a press conference following an appearance at the National Federation of Republican Assemblies (NFRA) convention in Nashville.

Trump added that Abedin was "married to a guy who is obviously psychologically disturbed," referencing the lewd photo scandal that forced Weiner to resign from Congress in 2011. Trump had previously donated $2,000 to Weiner's 2010 congressional campaign, according to the Washington Post.

"So how can she be married to this guy who's got these major problems? She's getting her most important information, it could be, in the world. Who knows what he's going to do with it? Forget about her," the Republican contender continued. "What she did is a very dangerous thing for this country, and probably it's a criminal act."

A recent investigation found that while Abedin, a current Clinton campaign staffer, worked for the former secretary at the State Department, she had forwarded at least one email that contained potentially classified information.

Trump went after Clinton herself, for comments likening some Republican views on abortion to be expected "from some of the terrorist groups."

"I thought what Hillary Clinton said about terrorists and Republicans being terrorists was a disgraceful statement and she should take it back," Trump said. "She insulted many, many great people."

On Friday night, Trump also attacked the couple during a $100-per-person fundraiser in Massachusetts. He called Weiner "one of the great sleazebags of our time" and added that he was a "perv." He also said Abedin was "probably desperately in love with [Weiner]... because why else would she marry that guy?"

Clinton spokesman Nick Merrill fired back immediately, saying "Trump has spent the summer saying offensive things about women, but there is no place for patently false, personal attacks towards a staff member."

"He should be ashamed of himself, and others in his own party should take a moment to stand up to him and draw the line for once," Merrill said.

On Saturday, Trump defended his remarks: "I think it is a very fair statement. And a lot of people have congratulated me."

At an informal straw poll taken of activists attending the NFRA gathering, Trump won with 52 percent of the vote. Texas Sen. Ted Cruz came in second with 44 percent.

"He's tapped into a lot of the silent majority's anxieties about where our country is going," said Sharron Angle, the president of the NFRA and host of the event. "What he's saying to them is really resonating. They are really responding."

Angle compared Trump's rise to her own failed run against Senate minority leader Harry Reid in one of the most widely-watched races of 2010's Tea Party wave.

"In Nevada, we had exactly this kind of resonance with the crowds at the grassroots level," Angle said. "That's how I won the primary."