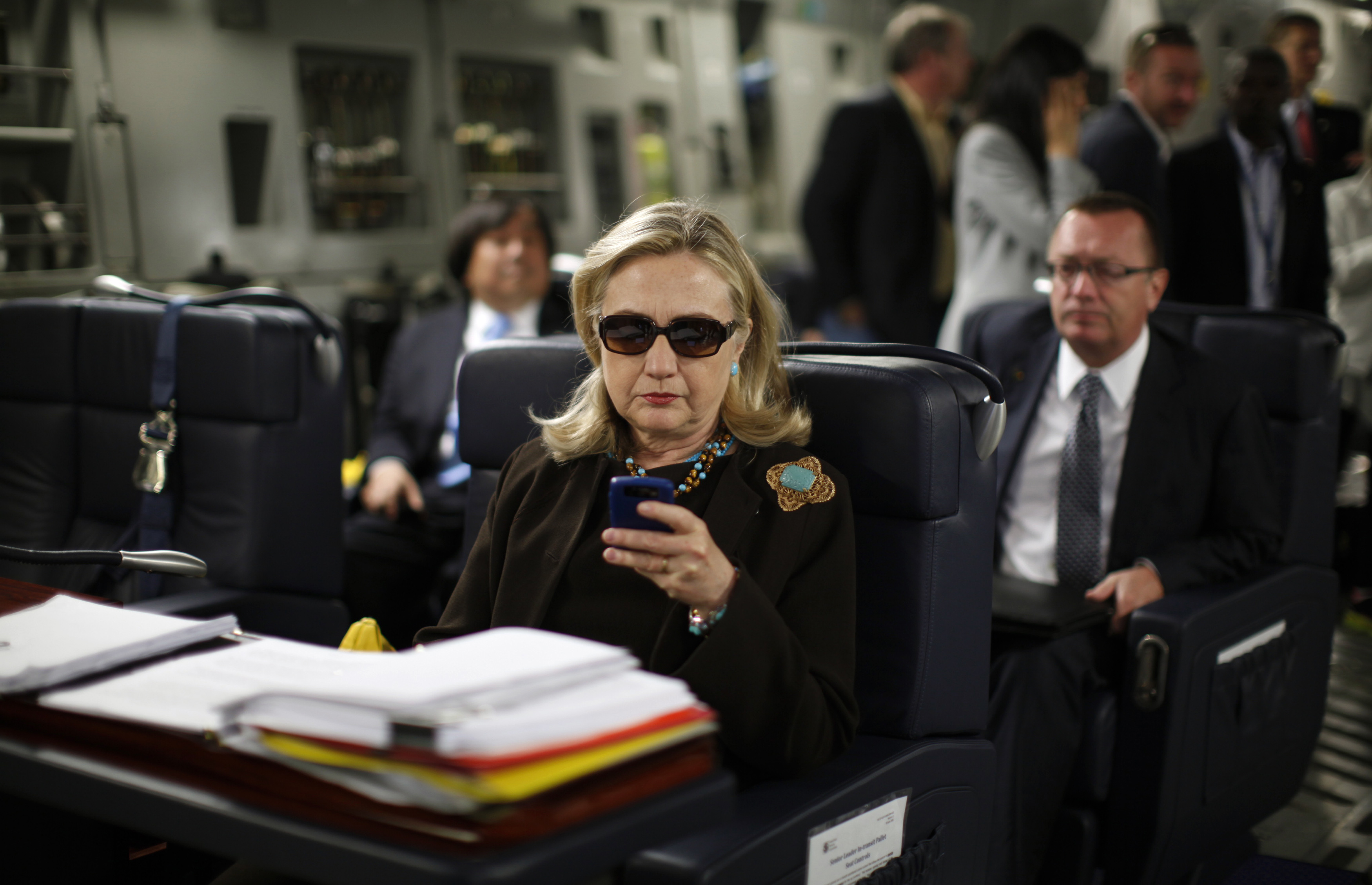 WASHINGTON -- Hillary Clinton continues to be dogged by questions about her use of a private e-mail account while she was secretary of state.

The messages were uncovered during an investigation of the 2012 attack in Benghazi, Libya, that killed U.S. Ambassador Chris Stevens and three others.

The first email, from April 2011, was forwarded to Clinton by aide Huma Abedin. It cited intelligence reports from the U.S. Africa Command on Libyan troop strength and movements.

The second, forwarded by aide Jacob Sullivan in November 2012, outlined reports of possible arrests in connection with the Benghazi attack.

Clinton has insisted there was no classified information on her server.

"But whether it was a personal account or a government account, I did not send classified material and I did not receive any material that was marked or designated classified, which is the way you know whether something is," Clinton said Tuesday.

But it is not just Clinton's private server that may have contained classified information. The State Department filed court papers Wednesday afternoon saying it "does not believe that any personal computing device was issued by the Department" to Clinton.

"Anytime you're bringing your own equipment and using it for work purposes, it's not as secure as something that's actually issued by the company," CNET senior editor Dan Ackerman explained. "Because they take those laptops, for example, and they pre-configure them, they put their own software on them, tracking software, update software, and they distribute them."

That raises the question, how secure were her personal devices, like her BlackBerry, since they weren't issued by the State Department?

As for the server, Clinton's attorney confirmed it was wiped clean of all data before she turned it over to the FBI. But the FBI is hopeful that some material maybe recovered -- or a backup server located.