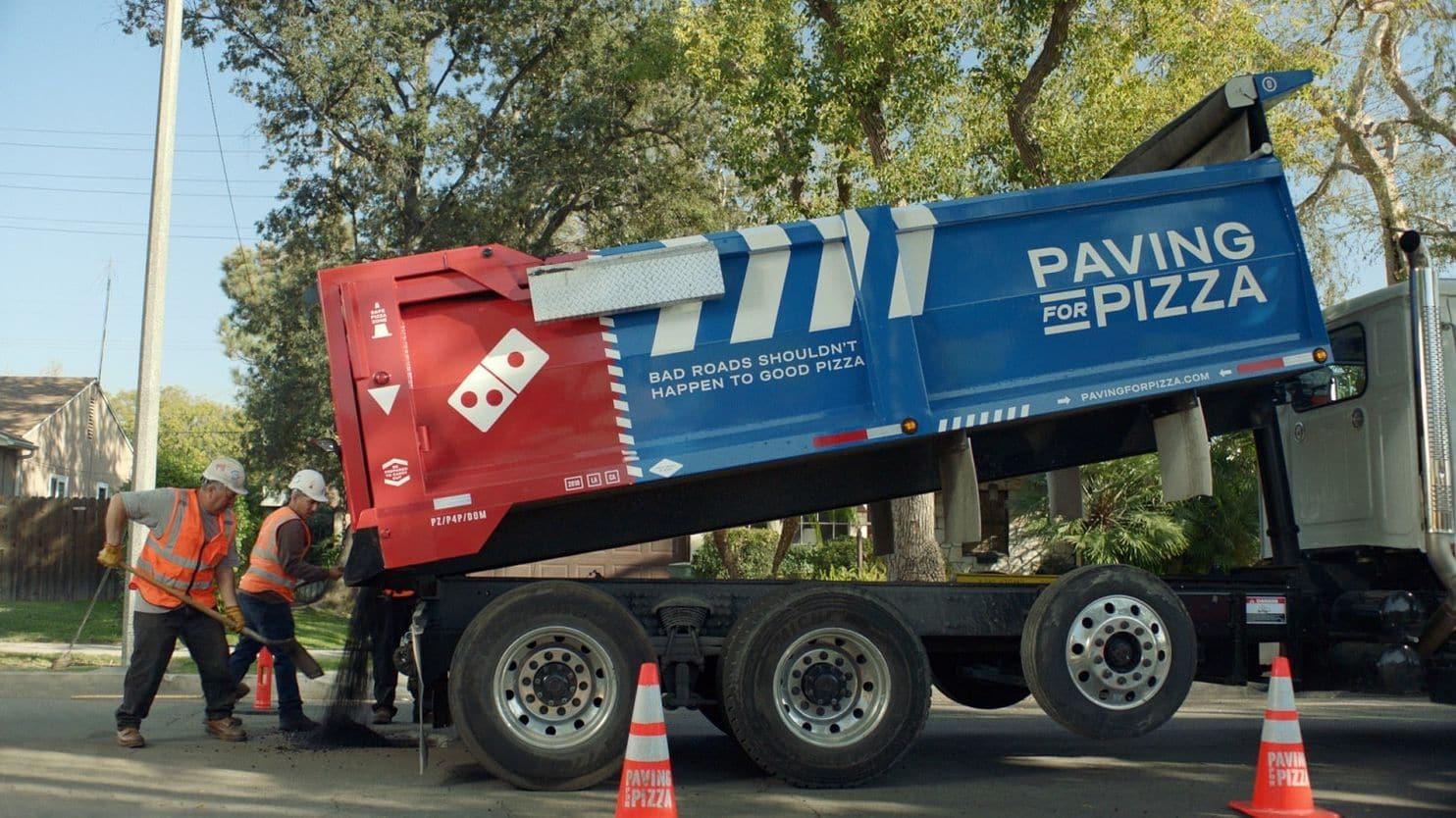 Domino's Pizza has a new menu item: asphalt. The restaurant chain says it's helping fund road repairs in four towns around the U.S., and is asking for suggestions for other communities with crumbling roads in need of repair.

"Potholes, racks and bumps can cause irreversible damage to your pizza during the drive home," the company said on its website. To illustrate its point, the site includes visuals of what can happen to a pizza when traveling in a vehicle that hits a pothole.

Domino's marketing campaign, Paving for Pizza, has had the company hiring work crews to repair five potholes in Burbank, California, eight in Bartonville, Texas, 40 in Milford, Delaware, and 150 holes in Athens, Georgia.

Beyond the damage poorly maintained roads can cause to its pies, Domino's clearly has branding in mind -- it's adding the company's logo and tagline, "Oh yes we did," to every filled pothole.

The pizza chain could also be looking for some positive publicity in light of a health inspection last month in Tennessee, in which officials discovered rodent droppings on trays of pizza dough at a Domino's in Johnson City. A spokesperson called it "an extremely isolated incident, confined to a single store."

​How low-wage employers cost taxpayers $153B a year

Did United have the right to drag man off plane?

7 things you may not know about food stamps
Thanks for reading CBS NEWS.
Create your free account or log in
for more features.
View CBS News In
CBS News App Open
Chrome Safari Continue
Be the first to know
Get browser notifications for breaking news, live events, and exclusive reporting.