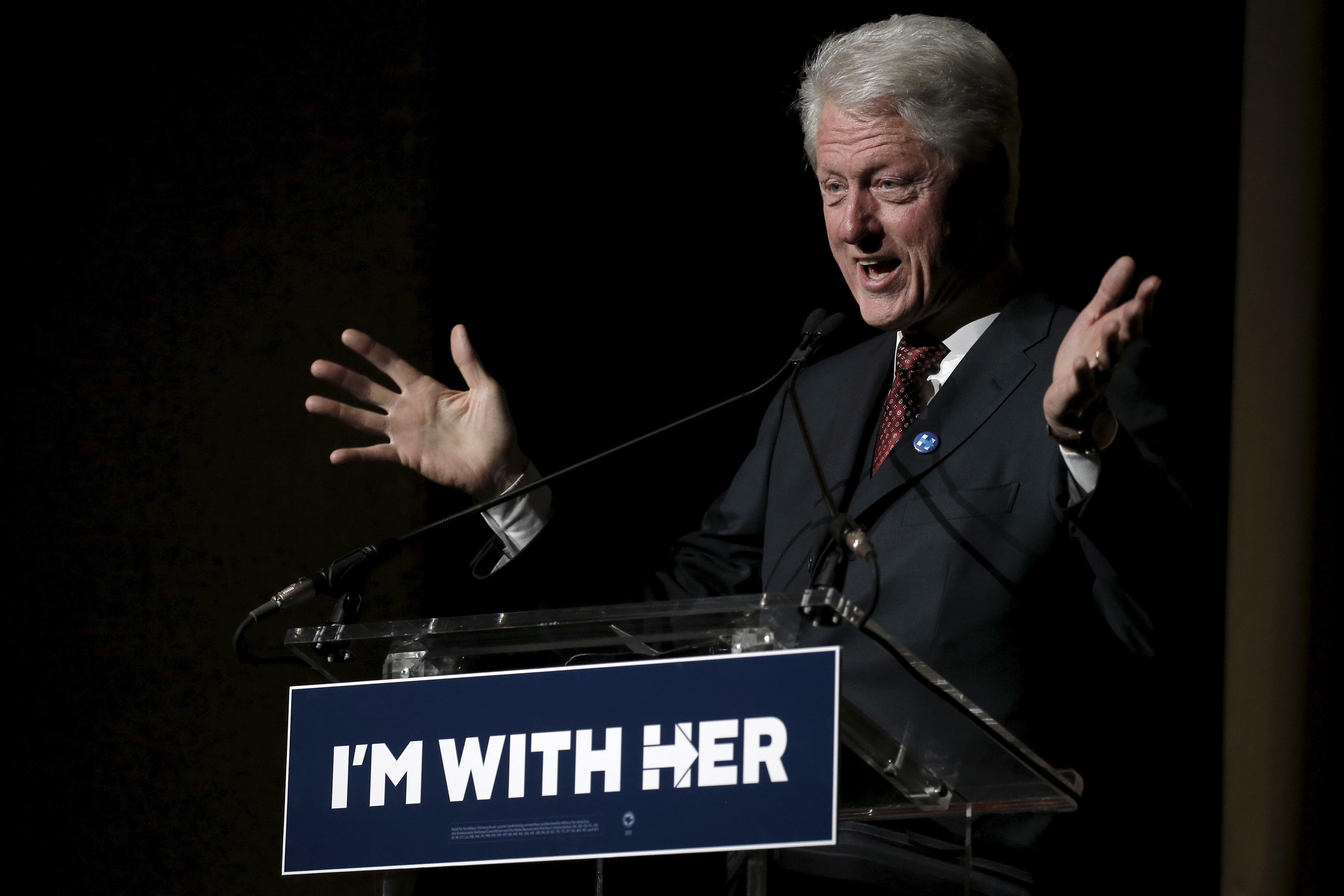 New documents from the Clinton Presidential Library reveal a déjà vumoment -- it turns out that Hillary Clinton isn't the only one in the family who's had to deal with the topic of a Donald Trump presidential bid.

The Clinton library on Tuesday released more than 450 pages of documents pertaining to the GOP real estate mogul and his business empire, and in a briefing book prepared for a press conference on Oct. 14, 1999, Clinton aides had a prepared an answer, should then-president Bill Clinton get a question about a Trump candidacy. The anticipated question was about whether potential celebrity presidential bids "trivialize[s] the importance of this office," and whether Clinton feels "responsible for that trend."

"I think it may say something about the way the media covers politics these days, but I have the utmost confidence in the American people to sort out the wheat from the chaff," the proposed answer reads. "Regardless of who runs for President or how they're covered, the public eventually sees through all the smoke and mirrors. And they, after all, have the ultimate power at the ballot box."

As it turned out, the response was theoretical -- the question was not asked, and so, it was not an answer Clinton ultimately ended up giving. Similarly, his team prepped him for a similar question in case it came up in an Oct. 31, 1999 interview with CBS' "Early Show."

"We go through all sorts of cycles in politics, and we're in one now where some people from the entertainment world are talking about running for President," the prepared answer reads. "That's not a first, by the way." Ronald Reagan, a former actor, had already run for and won the presidency -- losing once and winning twice. "There's a natural tendency to cover this campaign on the basis of the various personalities involved, the latest poll numbers, the money game," the briefing book continues. "But I hope we can do better at paying attention to what really matters."

The documents also reveal that Bill Clinton staffers considered and then rejected the idea of sending Trump a 50th birthday card. On June 10, 1996, Clinton's secretary, Bettie Currie, wrote an email to Karen Hancox, the former deputy White House political director, saying, "What are your thoughts on sending a birthday letter to Donald Trump - who turns 50 on June 14. Please forward response to Maureen Lewis who will prepare letter - if you approve. Thanks." But then, on June 13, Currie wrote to Lewis, "Cancel letter to Donald Trump. Let me know."

The full trove of documents can be viewed here.