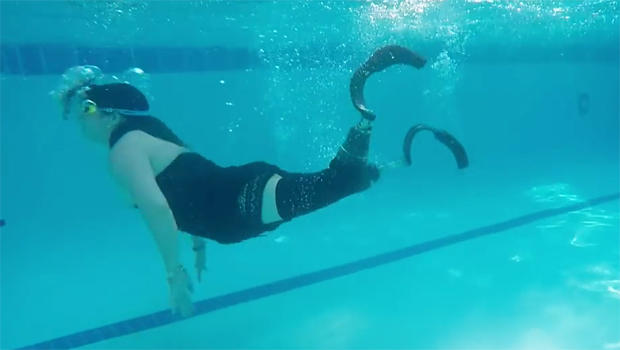 2016 has been an underwhelming year at the movies, at least when it comes to fiction. And with the election year we’ve had, good escapism is sorely missed.

But while we’ve been short on innovative and memorable fiction films, we have had more than an abundance of powerful documentaries, as the genre has seen an explosion in production and distribution, in both traditional theatres and via online streaming. It is now easier than ever to see documentary films from around the world, offering vivid, true-life tales of social issues and activism, war, science, art and the environment. In fact, 145 documentary features -- nearly a record -- have qualified for submission for this year’s Academy Awards.

Audiences at this year’s Doc NYC Festival (America’s largest documentary festival, to be held November 10-17 in New York City) will find no shortage, either, with more than 250 films and events scheduled, including 110 feature-length documentaries, nearly half of which were directed or co-directed by women.

“Everyone loves a good story, and this year’s lineup puts some fantastic true-life storytelling on display,” said the festival’s director of programming Basil Tsiokos.

Among the highlights of this year’s festival, now in its seventh year, are the Opening Night feature (a U.S. premiere) of “Citizen Jane: Battle for the City,” Matt Tyrnauer’s story of writer-activist Jane Jacobs, who in the 1960s fought against the devastating redevelopment efforts of New York City urban planner Robert Moses.

The Closing Night gala presentation on November 17 will be the New York premiere of “Chasing Trane: The John Coltrane Story” by John Scheinfeld (“The U.S. vs. John Lennon”), which explores the life and music of the legendary jazz saxophonist and composer.

Special events include world premieres of “Captive: Cola Kidnap,” a preview of the new Netflix docuseries on hostage situations; “Rikers,” an investigation into conditions at the New York City prison; “City of Joy,” the story of female survivors of violence who built a community for themselves in the Eastern Democratic Republic of Congo; HBO’s “Every Brilliant Thing,” a recording of Jonny Donahoe’s acclaimed one-man show; and the New York City premieres of “Marathon: The Patriots Day Bombing,” and “Soundbreaking: Stories From the Cutting Edge of Recorded Music,” an upcoming PBS series that chronicles the history of music recording.

Other premieres include “We Wrote This Yesterday,” which follows Mumford & Sons on tour of South Africa; “Fight for Space,” on the U.S. space program in the 1960s; “Food Evolution,” narrated by Neil deGrasse Tyson, about the debate over GMO foods; “L7: Pretend We’re Dead,” a backstage look at the all-female grunge band; “The Lure,” about the hunt for Forrest Fenn’s buried treasure in the American West; “This Was the XFL,” the story of the failed sports league that competed against the NFL; “Forever Pure,” about the fallout of an Israeli football team signing two Muslim players; “The Freedom to Marry,” about the civil right scampaign which led to the Supreme Court’s decision on same-sex marriage; and “Woman on Fire,” about Brooke Guinan, NYC’s first openly-transgender firefighter.

There are also programs for shorts, and showcases for students from the Columbia Journalism School, Hunter College’s MFA Program in Integrated Media Arts, New York Film Academy, New York University and the School of Visual Arts.

Films will be screened at the IFC Center in Greenwich Village, and the SVA Theatre and Cinepolis in Chelsea. Since there are more films programmed than a human being can possibly catch, check out the Doc NYC Fest website at docnyc.net for film descriptions and dates, and information on tickets and discount passes.

Tickets to Doc NYC may be purchased online or in advance at the IFC Center box office in Greenwich Village, or at any screening during the festival.