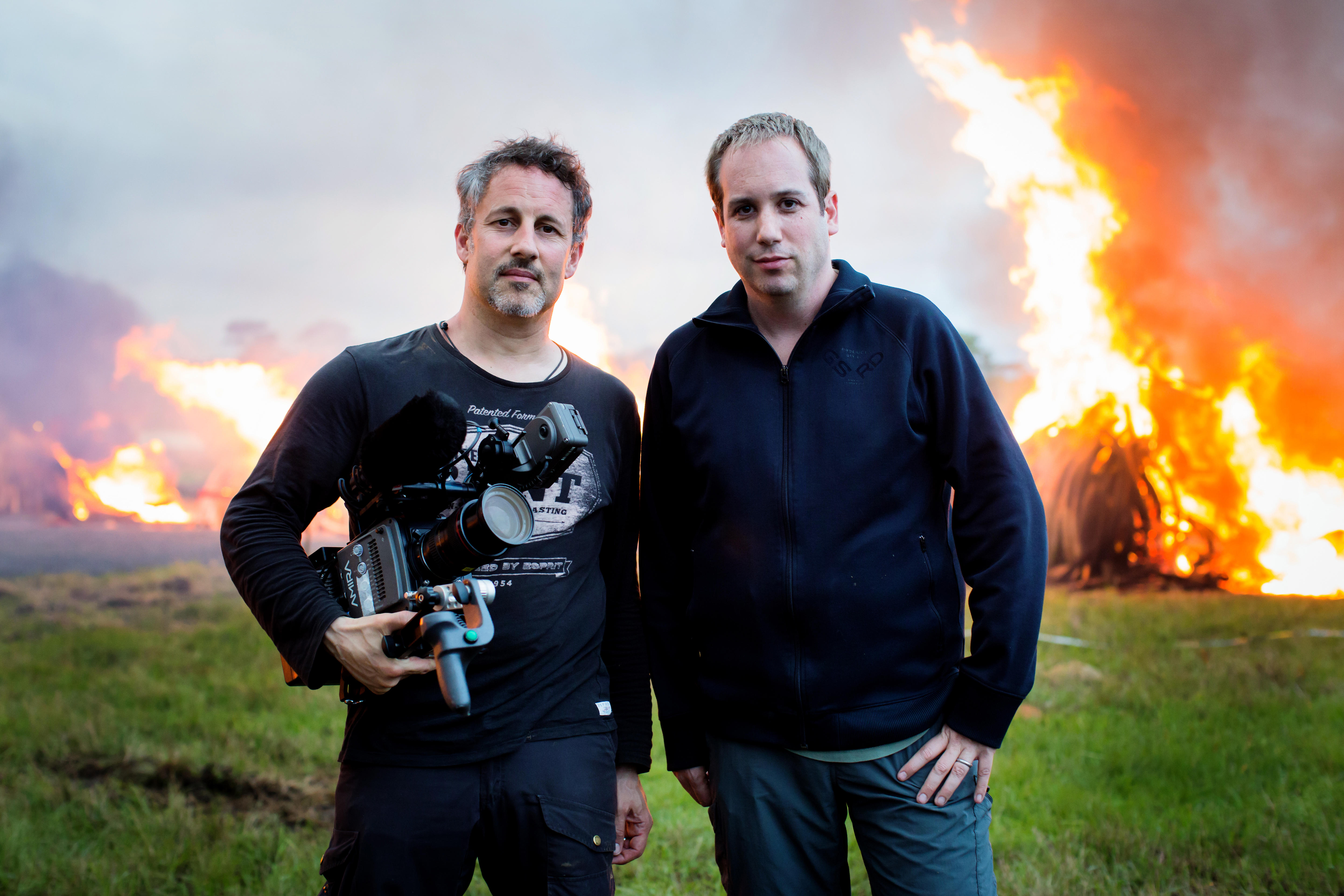 In their harrowing new Netflix documentary, “The Ivory Game,” Kief Davidson and Richard Ladkani make the case for staving off the extinction of African elephants.

The film -- executive produced by Leonardo DiCaprio -- follows the government officials, journalists and activists looking to stop the poaching and halt the illegal ivory trade that perpetuates it. But it’s an uphill battle. CBS News sat down with the filmmakers at the Toronto International Film Festival to learn more.

With a film like this, how do you achieve the sense of urgency necessary in getting your point across?

Davidson: Numbers float depending on who you talk to, but we happened to be partnered with Vulcan Productions, and Paul Allen has the great elephant census, so we’ve been going with numbers that have been talked about a lot, but we feel like now that new numbers have been released -- they’re actually a bit worse than we thought.

Ladkani: Oh yeah, they were much worse. And what we also realized was that just during the three years we were making our film, 100,000 elephants were killed, so time was of the essence for us to get this out as fast as possible.

Davidson: I think most filmmakers generally want a slow roll-out. They want their film to have a long life from the time you get the festival [premiere] to the time you wind up on, say, a platform like Netflix. But for us it was the complete opposite. So we sold the film to Netflix five months prior to Toronto, which has sped up the release of this. Because it really is crucial. We’re at a point right now where if you wait a year, that’s 30,000 to 40,000 more elephants. They can’t wait for our release schedule.

One of the points made in the film is that taking guns away from poachers is more important than arresting them.

Davidson: It’s more about prevention. It’s great when you catch the guy after the fact, but the elephant’s still been killed. The whole strategy is follow the gun trail, and that’s what they do -- follow the guns and get to the criminals before they get to the elephants, take the guns off the market and save the elephant before it happens.

How much has this look at the ivory industry changed your perceptions of signifiers of wealth?

Davidson: Probably the most shocking thing that I didn’t know was really just how much this stuff was going for -- $300,000 for a [carved] tusk. Then you really look at it and you think about what this actually is that you’re looking at and it’s horrifying. To know this is going for this much money and it’s going to a very small, elite sector of people of wealth in China is sobering.

You’ve both covered other important issues in your work. When you’re doing a film about a certain subject how do you deal with the initial resistance of, “Why this cause instead of something else?”

Ladkani: This one was kind of an obvious one because as soon as I read that elephants are going extinct because of greed and money and that there are giant syndicates involved that are also trafficking drugs and weapons, I was like, “That is a huge story and completely unheard of and it was something that needs to get out there.” Of course, there are so many other animals at risk -- the tiger, the lion, the rhino for sure -- but you do have to try to make a point with one of them and it has an effect on all the others.

Davidson: On the same note, neither of us are pure activist filmmakers. There’s a strong activism component to this, but we’re also filmmakers -- meaning that we have to tell a story that’s compelling and watchable. I’m not going to use the word “enjoyable” because it’s hard to put that word together with this, but it has to have a strong narrative flow. And this is a very, very complex movie. This is an international movie, there are a lot of characters. So it’s a pretty epic, global film when you look at it. We’re all over the world on this thing.

With the release coming up, what’s your hope as far as a response?

Ladkani: We have a website, which is not just about the content of the film but the whole behind-the-scenes and the people behind it and their organizations and what they do. We explain options for solutions, so we want people to get behind it, become active and then we want this to multiply so it reaches politicians so they start talking about it. Hopefully, post-presidential election we have the right president that will care. Hillary Clinton would care, we know that. She has been supporting the global fund.

Davidson: You have less to worry about, you live in Munich.

Ladkani: No, no, but Europe is a disaster. Only France is banning the trade. All of the others still allow the trade -- like within the country, not cross-border trade. International trade is banned worldwide, but they still keep it alive and they don’t want to ban it, and that’s wrong and that’s sending the wrong message.

Davidson: I think if at the end of the day people watch the film and all people say is, “Oh that’s terrible, I feel so hopeless, there’s nothing I can do” then ...

Davidson: We failed miserably. But I’m confident they will say, “What can we do?”

“The Ivory Game” is available to stream worldwide on Netflix.