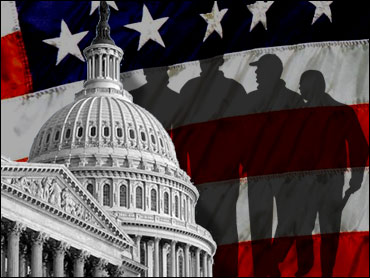 Not long after Sen. Blanche Lincoln's narrow victory in last night's Democratic Senate primary in the Arkansas runoff, an unnamed White House official told Politico that "Organized labor just flushed $10 million of their members' money down the toilet on a pointless exercise."

Labor unions had aggressively thrown their resources behind Lt. Gov. Bill Halter in the race, in large part because they felt betrayed by Lincoln due to her decision not to support a bill that would make it easier to form unions and her wavering on the health care bill. (More on that here.)

"Labor's interests were parochial: don't take us for granted, or we'll come after you, even in a state with low union density," CBS News chief political consultant Marc Ambinder wrote.

Lincoln, who has spent nearly 12 years in the Senate, was the preferred candidate of the White House and Democratic establishment; Presidents Obama and Clinton both appeared in ads for her. Frustration over the aggressive efforts to defeat Lincoln on the part of labor - a traditional Democratic ally - were evident in the White House official's comments to Politico.

Consider how he or she goes on to twist the knife: "If even half that [10 million] total had been well-targeted and applied in key House races across this country," the official said, "that could have made a real difference in November." As it stands, according to that thinking, labor wasted money that could have helped the party.

That's not how labor sees it. In response to the official's comments, AFL-CIO spokesman Eddie Vale pointedly told Ben Smith that "Labor isn't an arm of the Democratic Party."

"If that's their take on this, then they severely misread how the electorate feels and how we're running our political program. When we say we're only going to support elected officials who support our issues," he said AFL-CIO. "When they say we should have targeted our money among some key house races among Blue Dog Democrats -- that ain't happening."

SEIU's from national political director Jon Youngdahl, meanwhile, suggested to the Washington Post that Lincoln may not have labor's support in the general.

"We'll see if Blanche Lincoln is made a better Senator for having to answer to working Arkansans over these past few weeks...the labor movement is going to be at the side of those voters who demand change," he said.

The message from labor is clear: Going forward, we are not going to do what Democrats want if it doesn't comport to our interests. It's easy to see why the White House is eager to cast that as "pointless" in light of the Arkansas results.

But even though Lincoln lost, the message did get through. A sitting senator came within a few thousand votes of losing her seat in part because she flip-flopped its top issue and wavered on another of its major priorities. One has to think Democratic senators will remember Lincoln's close shave when they are contemplating positions on similar issues in the future.