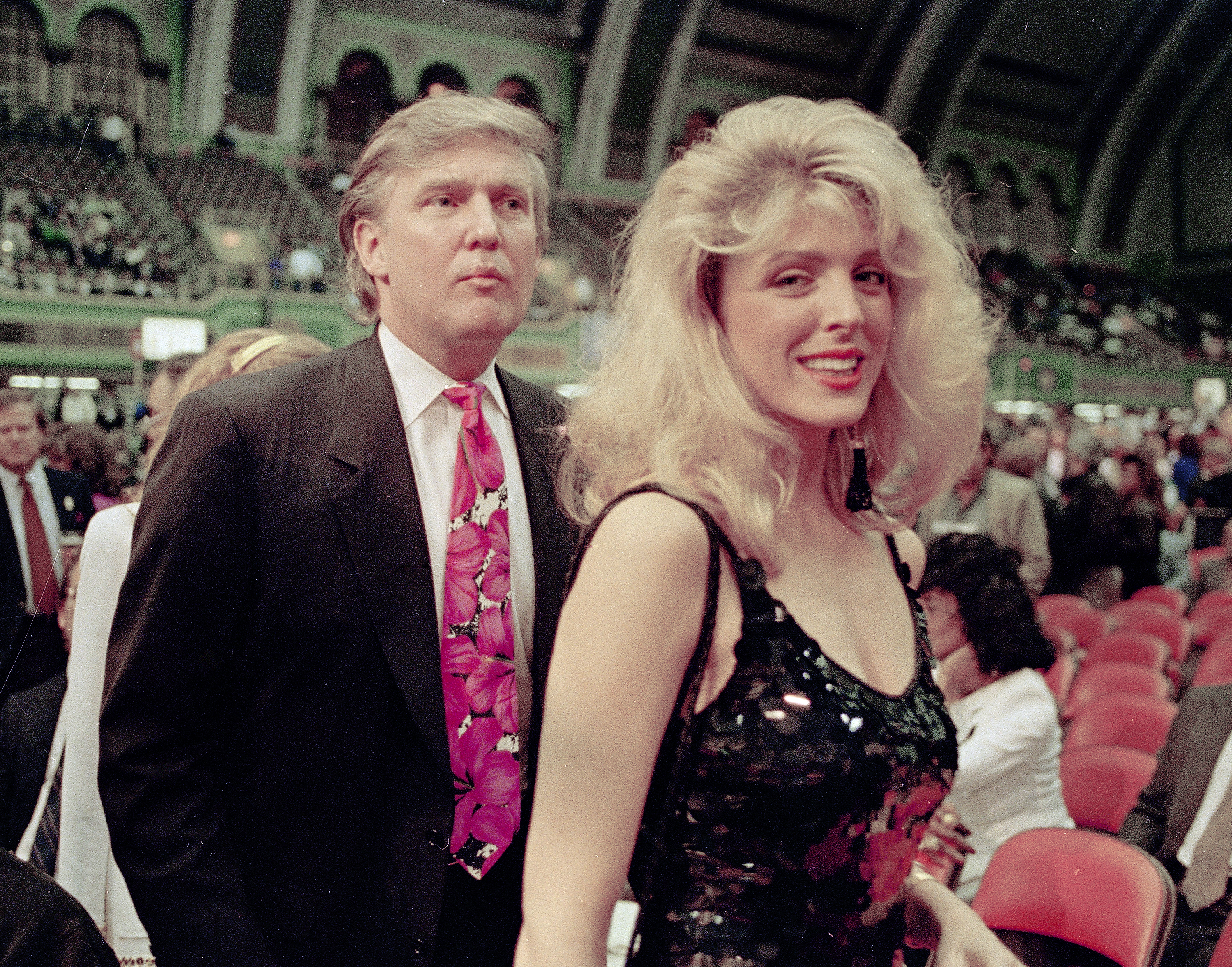 In a 1991 phone interview with People magazine, a spokesperson with the Trump Organization who identified himself as "John Miller" spoke with reporter Sue Carswell in order to defend Donald Trump and his colorful personal relationships.

But "Miller" was identified by Carswell, other journalists, and even then-girlfriend Marla Maples as Trump himself, although Trump denies the voice is his. The interview recording, recently unearthed by the Washington Post, centered largely around Trump's reported flings with various celebrities, just as the dissolution of Trump's marriage to his first wife Ivana gave way to his eventual relationship with Maples.

Take a listen to the audio published by the Washington Post, below:

Carswell, had sought the interview with the New York real estate mogul to get the inside scoop on the Trump marriage. Instead, she got a call from someone who claimed he was Trump's publicist, John Miller.

The recording of the phone conversation shows Miller -- whose tone, cadence and style of speaking are all remarkably Trump-like -- giving intimate details of Trump's encounters with celebrities like model Carla Bruni and pop star Madonna.

"He really didn't want to make a commitment," Miller said of Trump, when asked why he had left Maples for Bruni. "He's coming out of a marriage, and he's starting to do tremendously well financially."

And the spokesperson even seemed to brag for Trump that "he's living with Marla and he's got three other girlfriends."

In one exchange, Miller gave what seemed like a first-person account of how Trump had once encountered singer Madonna at a benefit ball in New York's Plaza Hotel.

"Madonna was there and she came in a beautiful evening gown and combat boots," he said. "She was wearing combat boots, and Trump was asked to go over to meet her. And he was there just for a little while to say hello and to make a speech and make it like an introductory speech."

Carswell says Maples later persuaded Trump to invite her to dinner "as an apology for tricking her," according to the Post. And when People published a story about the Trump-Maples engagement, Trump was quoted calling the John Miller call a "joke gone awry."

Trump, the Republican party's presumptive nominee for president, denies that it was him on the tape.

"No, I don't think it -- I don't know anything about it. You're telling me about it for the first time and it doesn't sound like my voice at all," Trump said to NBC News after the recording was played during an interview Friday. "I have many, many people that are trying to imitate my voice and then you can imagine that, and this sounds like one of the scams, one of the many scams."

The news that Trump has posed as someone else when talking with reporters is hardly a revelation.

It's been reported before: Trump has used the name "John Barron" (or in some press accounts, "John Baron") in numerous interviews, with outlets like the New York Times having listed him in front-page articles as a Trump Organization vice president.

He even testified under oath in a 1990 lawsuit that "I believe on occasion I used that name."

Apparently, the ruse was learned from his father, Fred Trump, who -- according to Trump biographer Michael D'Antonio and his 2015 book, "Never Enough: Donald Trump and the Pursuit of Excellence" -- sometimes posed as a "Mr. Green."

Stasi has covered Trump for years. How sure is she that Trump and John Miller are the same person?

"On a ten point scale: ten, eleven," Stasi said. "Everybody in the news business knows this goes on with Donald, he's been doing it for 30 years. It's like, you'll be in a newsroom and say, 'Oh it's fake Donald Trump again!'"

The Washington Post was interviewing Trump about his finances Fridaywhen a reporter asked him if he had ever employed someone named John Miller. The Post said the phone suddenly went dead.

CBS News asked the Trump campaign for a comment about John Miller but no spokesman of any name returned our call.