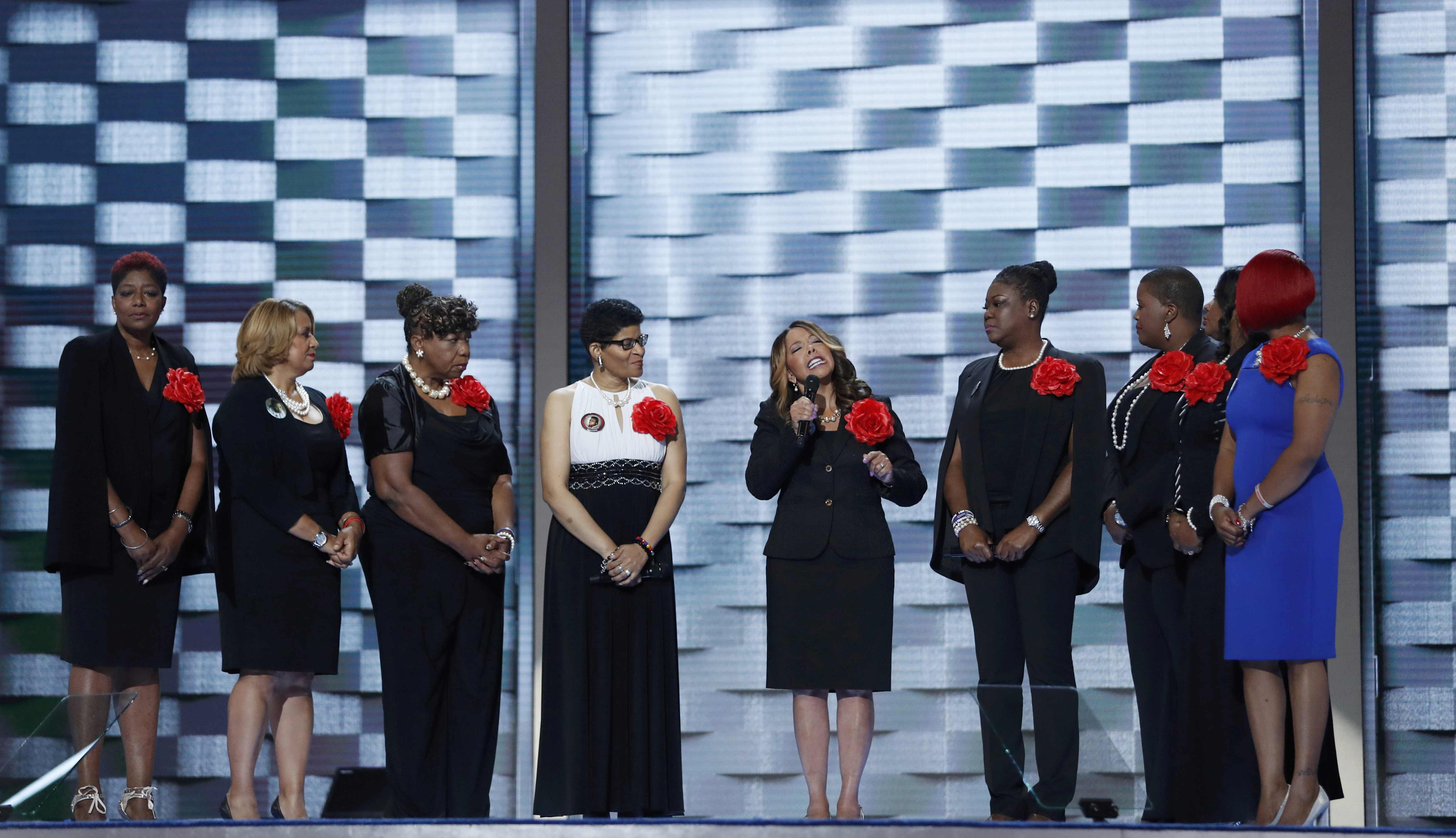 A group of mothers of children killed by gun violence or excessive police force, known as "Mothers of the Movement," delivered an emotional plea on Hillary Clinton's behalf, saying she understands their pain and will work to ensure their numbers don't grow.

"So many of our children are gone but they are not forgotten," said Geneva Reed-Veal, the mother of Sandra Bland. "I am here with Hillary Clinton tonight because she is a leader and a mother who will say our children's names."

The "Mothers of the Movement" spoke after a video presentation showing Clinton's meeting late last year with many of the mothers on stage Tuesday night. Reed-Veal noted that Clinton recognizes the significance of each death that occurs under these circumstances

"She knows that when a young black life is cut short, its not just a loss it's a personal loss--it's a national loss, it's a loss that diminishes all of us," she said. "What a blessing tonight to be standing here so that Sandy [Sandra Bland] can still speak through her mama."

Lucia McBath, the mother of Jordan Davis, who was just 17 years old when he was killed, spoke about her son's caring nature and love of practical jokes, saying she hasn't stopped being his mother even though he's no longer here.

"You don't stop being a mom when your child dies, you don't stop being a parent," she said. "I am still Jordan Davis's mother. His life ended the day that he was shot and killed for playing loud music, but my job as his mother didn't--I still wake up every day thinking about how to parent him ... how to ensure that his death doesn't overshadow his life."

McBath noted that Clinton hasn't shied away from sharing the pain of the mothers who have lost sons and daughters, saying she "doesn't build walls around her heart."

"Hillary Clinton isn't afraid to say that black lives matter," she said. "She isn't afraid to sit at a table with grieving mothers and bear the full force of our anguish. She doesn't build walls around her heart. Not only did she listen to our problems, she invited us to become a part of the solution."

And Sybrina Fulton, mother of Trayvon Martin, said Clinton is "one mother who can ensure that our movement will succeed."

"I did not want this spotlight, but I will do everything I can to focus some of this light on the pain of a path out of the darkness," she said. "Hillary Clinton has the compassion and understanding to support grieving mothers. She has the courage to lead the fight for common-sense gun legislation."