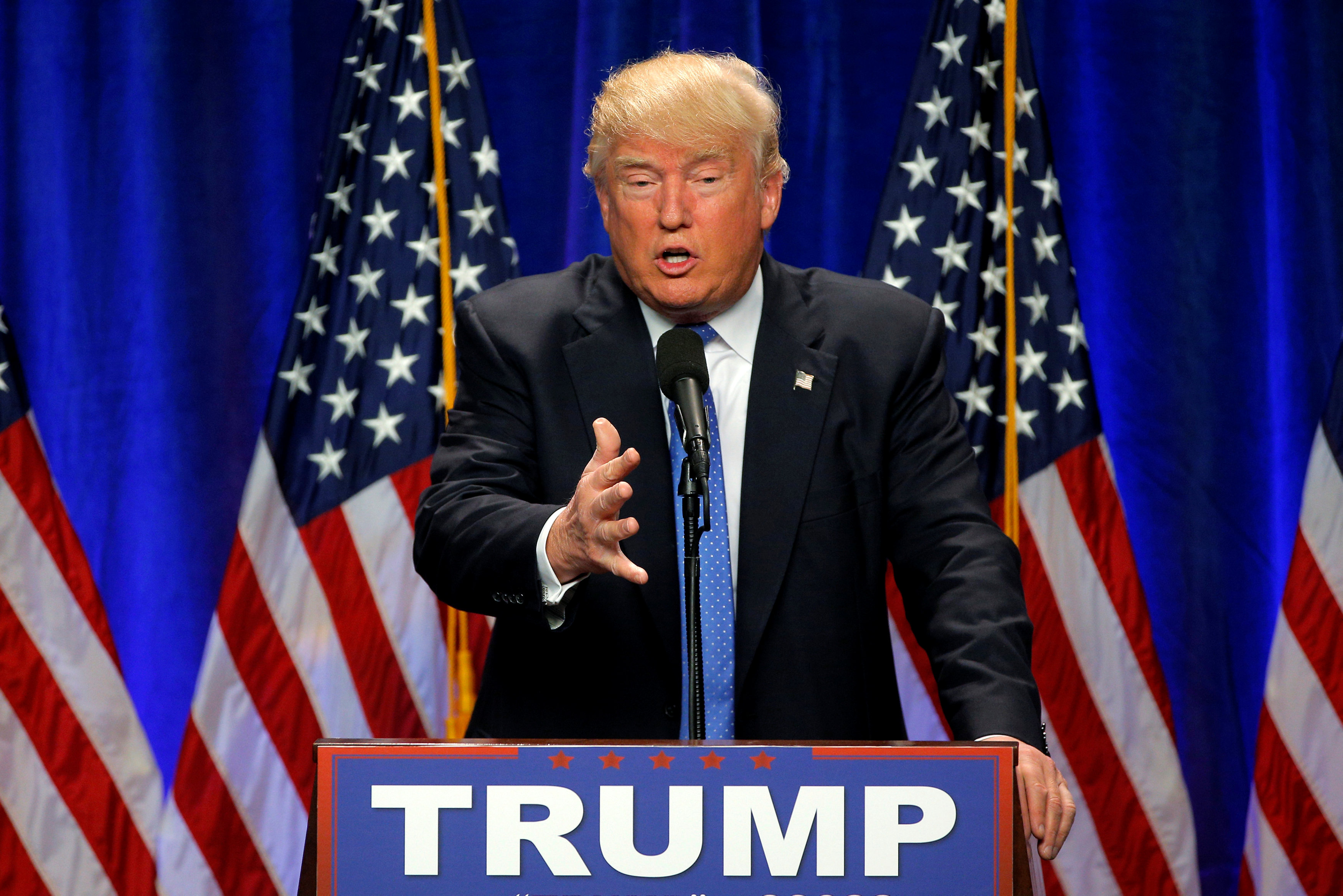 With less than two weeks to go until Election Day, Democrats are blasting negative ads into some of the most competitive Congressional races in the country. And they’re training their attacks in most cases at Donald Trump, the candidate at the top of the Republican ballot.

Tying your opponent to the presidential candidate is certainly not a new strategy, but there are a couple of unusual things about this cycle. For one, there are more anti-Trump ads being produced.

Alixandria Lapp, executive director of the House Majority PAC, told CBS News that this year, “the ads tying candidates to Trump are more prevalent than ads tying candidates to Mitt Romney in 2012,”  adding that anti-Trump ad levels are about on par with the proportion of negative ads leveled at President Obama in 2010, the year Democrats lost control of the House. The super PAC, which supports Democratic candidates in House races, has so far spent $33 million in 35 races.

But in addition to the more common attack on issues, Democrats are making this a question of character. “There are plenty of ads tying Republican candidates to Trump on women’s issues and national security issues, for sure,” Lapp said. “But I think the overall message Democratic groups and candidates are delivering is that Republican candidates should be disqualified because of their support of Donald Trump as president — they’re putting party ahead of country and principles.”

Many of the ads are simply soundbites of the GOP nominee intercut with questions about the character and judgment of the Republican candidate. In the New Hampshire senate race, a 60-second television spot for former Gov. Maggie Hassan’s campaign splices together incumbent GOP Sen. Kelly Ayotte’s statement supporting Trump with some of the Republican nominee’s more contentious comments from his year-long campaign.

In a senate debate in October, Ayotte said that she “absolutely” would call Trump a role model for children (a statement she called “a mistake” soon after). Cue the dark music and text of “Trump’s views on women,” followed by the tape of Trump’s voice saying of a former Miss Universe, “she gained a massive amount of weight.”

You can watch the ad here:

New Hampshire’s senate race is one of the closest in the country, with one recent Monmouth University poll finding Hassan and Ayotte tied at 46 percent. A month ago, Ayotte had a narrow two-point lead over Hassan.   In Nevada the polling is also tight -- it’s a virtual tie between, Democrat Catherine Cortez Masto and GOP Rep. Joe Heck, who are vying for retiring Minority Leader Sen. Harry Reid’s seat.

Last month, Masto released a 30-second ad called “Duet,” which plays Trump’s derogatory words about Mexican immigrants and his mockery of a disabled reporter, edited together with video of Heck saying he “completely supports” the presidential nominee.

“There’s definitely a lot of effort being placed by the Democrats to tie as many of these [GOP] candidates as much as they can to Trump, particularly those who have not necessarily disavowed their support for him,” said Steven Passwaiter, the head of Kantar’s Campaign Media Analysis Group, in an interview with CBS News.

Passwaiter called it a “broad, multi-state effort happening at both the Senate and the House levels,” but said that it’s “a relatively recent thing,” and he noted that it’s only been in the final stretch of the election that there’s been a marked uptick in this kind of ad. That uptick coincides with the Oct. 7 publication of the “Access Hollywood” video of Trump’s lewd comments about women, and the release two days later of recordings of Trump’s interviews with Howard Stern, in which he also talked about women, including his daughter, Ivanka, in crude terms.

A Democratic strategist who works with senate campaigns confirmed that the recordings have had an impact on the ad strategy.

“The judgment of GOP Senate candidates on their support for Donald Trump has been elevated since the tapes started coming out. That without a doubt has happened,” one Democratic strategist working on senate campaigns told CBS. “Whether or not they’re sticking with him or they’ve backed away, that has reeked of a sort of craven political calculation.”

The Wesleyan Media Project (WMP), which analyzes political advertising using Kantar’s data, said that the volume of pro-Democratic Senate candidate spots naming Trump that aired mid-September through mid-October was low, reporting that from Sept. 13 to Oct. 13, Trump-related ads on television made up just two percent of pro-Democratic candidate spots in Senate races. In the same races, 14 percent of pro-Republican spots attacked Democratic opponents’ ties to Clinton.

But that “trickle” of Trump-related ads, Passwaiter said, “now I would suggest...is a flood.”

“If we’re looking at this in the context of the entire election cycle, it is clearly a closing tactic being put to use taking advantage of Trump’s very high negatives,” he added. And though Clinton herself has low favorability ratings, Passwaiter observed that “there’s no question that the Democrats are doing a much more comprehensive job [with Trump] than Republicans with Clinton.”

Republican groups are stepping up their spending with a last-minute infusion of cash into the toughest races. The Senate Leadership Fund, a GOP super PAC, is investing $25 million into races like Nevada and New Hampshire to hold onto their majority in the upper chamber.

“A lot of Republicans have tried to run from Trump now, but it’s far too little and far too late,” House Majority PAC’s Jeb Fain told CBS News. “The House Republicans took the party off the deep end.”

The Democratic Senatorial Campaign Committee (DSCC), the campaign arm for Senate Democrats, shares this outlook. Spokesperson Sam Lau said of the GOP senators facing Democratic challengers that “they have enabled him while he’s mocked a disabled reporter, immigrants, a federal judge, women.”

“It comes down to a matter of judgment on that,” Lau said. “What you saw a lot of campaigns do is support their presidential nominee Donald Trump -- standing aside while he took over their party.”