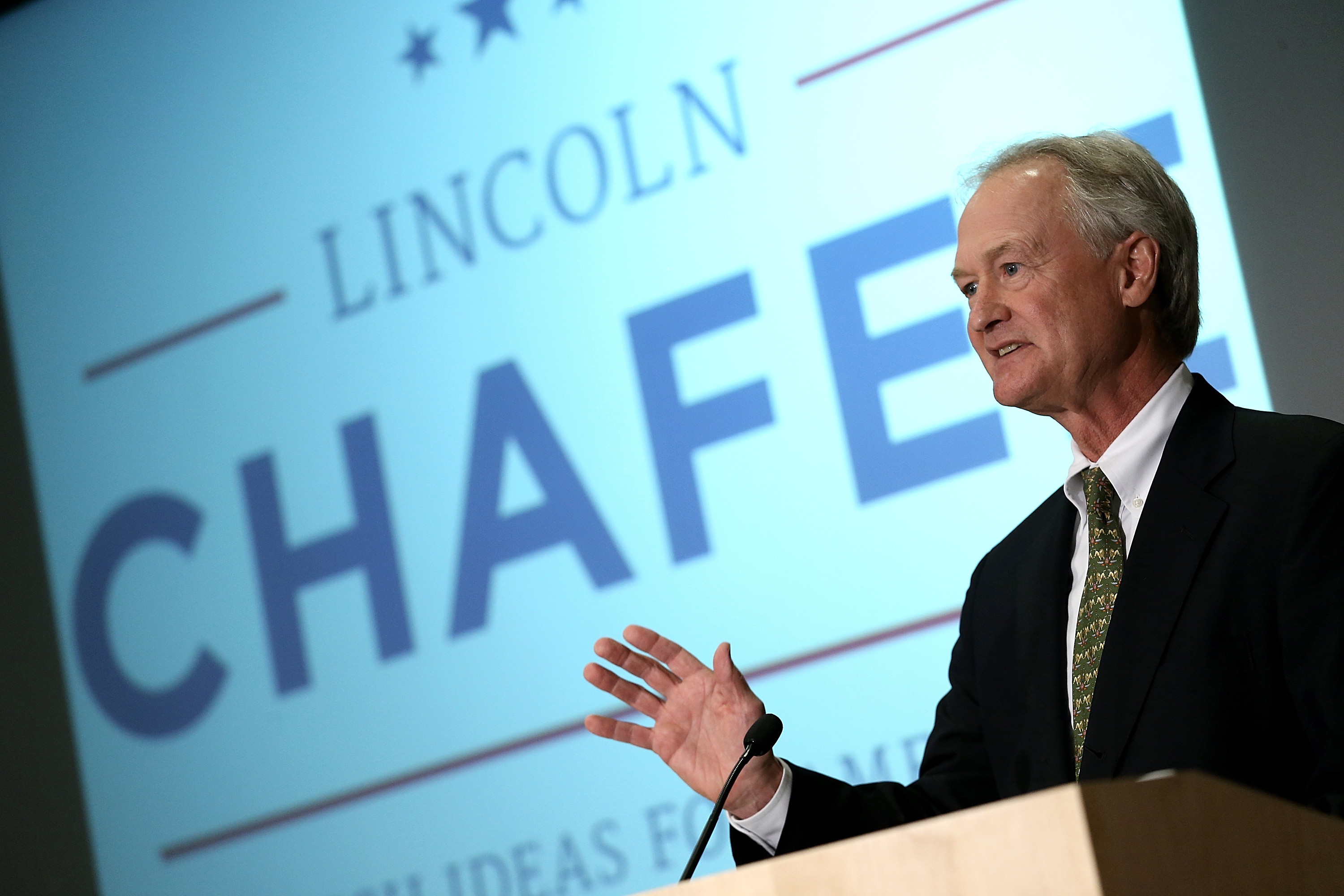 WASHINGTON -- Lincoln Chafee dropped his bid for the Democratic nomination for president on Friday.

"I have been campaigning on a platform of prosperity through peace," Chafee said, according to a press release previewing his remarks, "But after much thought I have decided to end my campaign for president today. I would like to take this opportunity one last time to advocate for a chance be given to peace."

Chafee planned to make the announcement that he had decided to quit the race in an early-morning speech at the Women's Leadership Forum hosted by the Democratic National Committee. He was the first candidate scheduled to speak to the group out of the four -- now three -- Democratic candidates.

Chafee, a former senator and governor of Rhode Island, has failed to gain traction in the polls. A new Quinnipiac poll of likely Democratic caucus-goers in Iowa released Friday showed Chafee holding less than 1 percent of the vote. His national polling average, according to Real Clear Politics, registered at 0.0 percent.

He also had trouble raising the money to support his campaign. Chafee raised about $15,000 in the third quarter, according to his latest report filed with the Federal Election Commission, but he spent nearly $60,000. Chafee contributed heavily to his own campaign, giving a sum of $368,478.03. In total, he raised $39,723 from actual donors.

Chafee's exit from the race comes less than two weeks after he stumbled in the first Democratic debate in Las Vegas. When the moderator, CNN's Anderson Cooper, asked Chafee about his vote for the repeal of Glass-Steagall in 1999, his explanation amounted to the fact that it was his "very first vote."

Cooper followed up: "Are you saying you didn't know what you were voting for? What does that say about you that you're casting a vote for something you weren't really sure about?"

"I think you're being a little rough," Chafee said. "I'd just arrived at the United States Senate. I'd been mayor of my city. My dad had died."

The day after the debate, though, Chafee made no mention in public of ending his campaign. Instead, he said in an interview that the lack of time he received in the debate "motivates [him] even more."

Chafee is the second Democratic candidate to exit the primary race since the debate. Jim Webb, a former senator from Virginia, announced on Tuesday that he would no longer seek the nomination as a Democrat, though he left the door open to an independent run. In total, Chafee spent 142 days in the race.