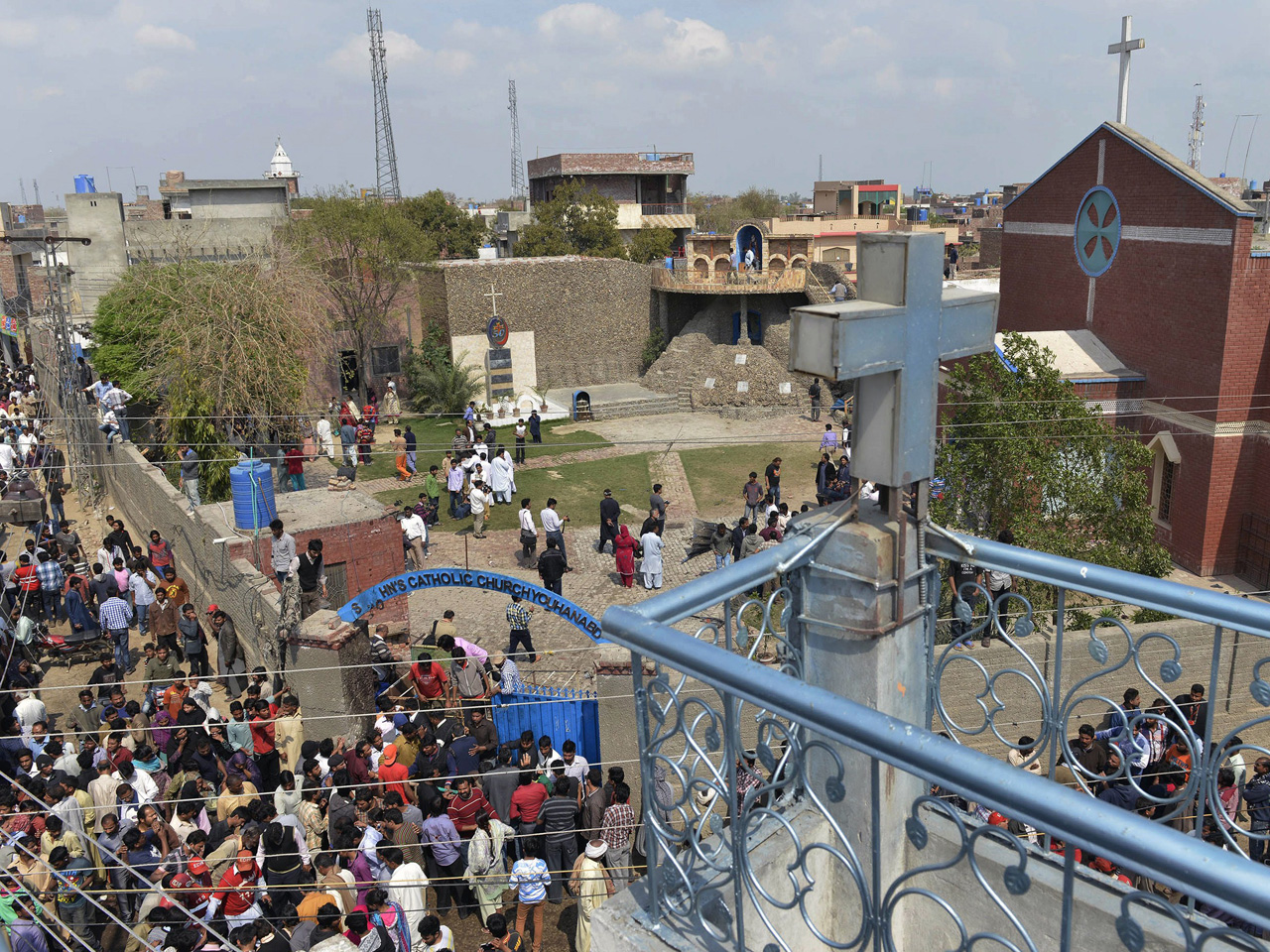 The bombs went off near the churches, which are both located in Lahore's Yohanabad neighborhood, an area where the majority of the population is believed to be Catholic or Protestant Christians. Police said a crowd of angry Christians went off on a rampage after the attacks and burnt to death one man while trying to lynch another. Both men were suspected by the mob to be Taliban informers. Angry young Christians also tried to attack shops and a bus station to express their anger.

A senior police officer in Lahore who spoke to CBS News on condition of anonymity said responsibility for the attack was claimed by 'Jamaat-ul-Ahrar', a breakaway faction of the Taliban whose relationship with the Taliban mainstream movement remains unclear. Some officials say the group retains close ties to Taliban militants while others believe it acts on its own.

In the past, Islamic militants in Pakistan have attacked Christians and other non-Muslims from time to time since the country joined the U.S.-led coalition against Islamic militants. Since last year, the Pakistani army has stepped up attacks against Taliban militants after the latter attacked the country's largest international airport in the northern city of Karachi.

The campaign has mainly targeted suspected Islamic militant sanctuaries in remote areas along Pakistan's border with Afghanistan. In spite of the advances made by the Pakistan army against the Taliban, the extremists have continued to carry out high-profile attacks in Pakistan, like the assault on a school in the northern city of Peshawar on December 16 last year, in which 150 people, mostly school children, were killed.

After Sunday's attack, analysts warned that growing militancy now requires the government and the army to clean up known locations of Islamic militants in Pakistan's cities, such as the network of Islamic schools known as 'madressah'.

"The clean up has to be much more comprehensive and it has to target places which have not been touched so far" said Hasan Askari Rizvi, a well respected Pakistani commentator on politics and security affairs in a telephone interview with CBS News from Lahore.

Western officials in Islamabad who spoke to CBS News warned that Sunday's attack further highlighted the risk of growing militancy in Pakistan, especially amid fears of Islamic State of Iraq and Syria militants seeking to expand their footprint in the south Asian country.