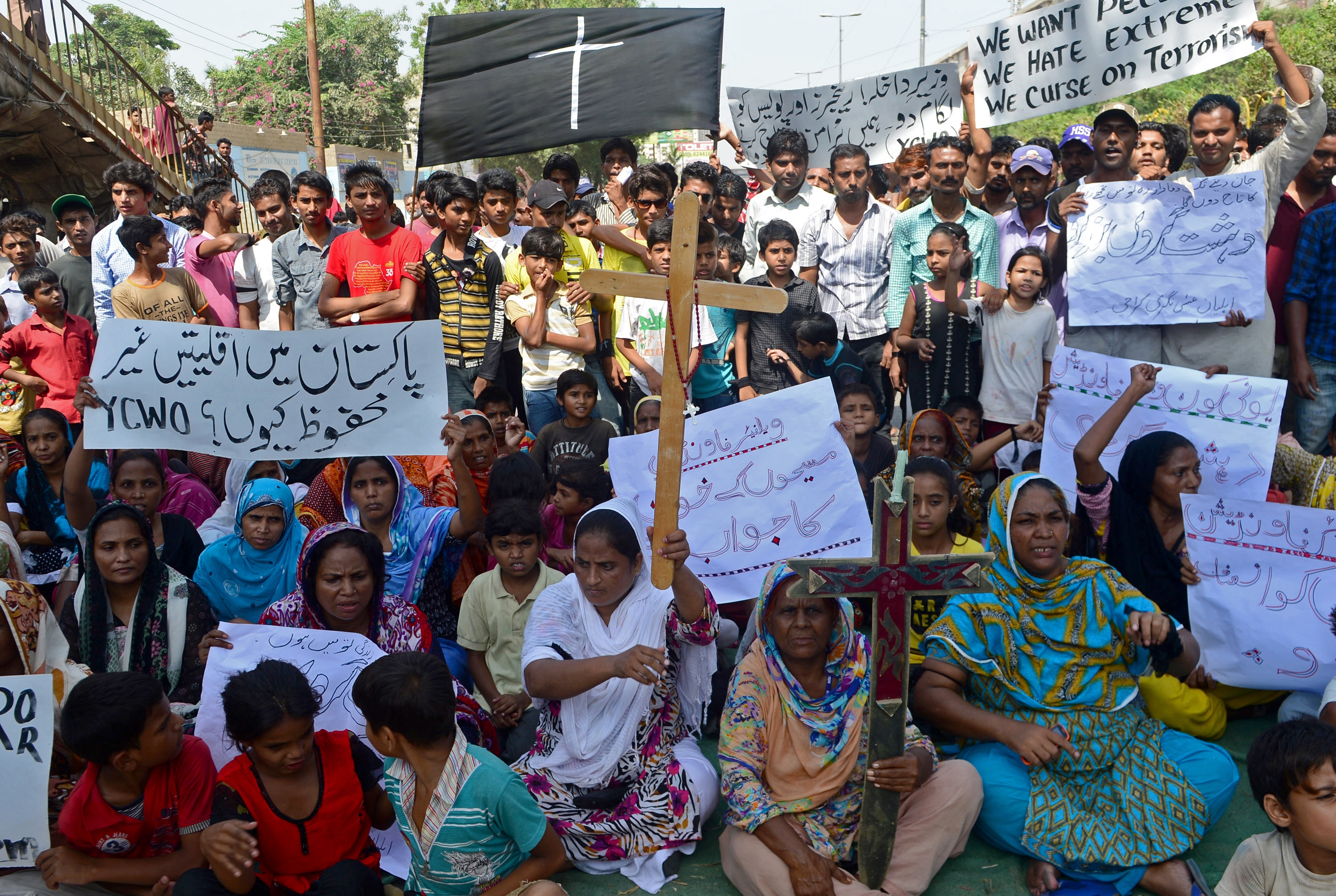 PESHAWAR, Pakistan Angry Pakistani Christians on Monday denounced the deadliest attack ever in this country against members of their faith as the death toll from the church bombings climbed overnight to 81.

A pair of suicide bombers blew themselves up amid hundreds of worshippers outside a historic church in northwestern Pakistan.

The attack on the All Saints Church in the city of Peshawar, which also wounded over 140 people, occurred as worshippers were leaving after services to get a free meal of rice offered on the front lawn.

A senior Pakistani government official told CBS News' Farhan Bokhari that all the victims appeared to be Christians who were leaving the church in Peshawar when the suicide bombers raced towards the main entrance and blew themselves up.

A wing of the Pakistani Taliban quickly claimed responsibility for the bombing, saying they would continue to target non-Muslims until the U.S. stops drone attacks in the remote tribal region of Pakistan.

The bombings also raised new questions about the Pakistani government's push to strike a peace deal with the militants to end a decade-long insurgency that has killed thousands of people.

"What dialogue are we talking about? Peace with those who are killing innocent people," asked the head of the All Pakistan Minorities Alliance, Paul Bhatti, whose brother, a federal minister, was gunned down by an Islamic extremist in 2011.

The death toll on Monday climbed to 81, after three more of the wounded in Peshawar died overnight, according to police official Noor Khan.

"Our state and our intelligence agencies are so weak that anybody can kill anyone anytime. It is a shame," said Bhatti.

Angry Christians blocked roads around the country to protest the bombings. On one of the main roads coming into the capital of Islamabad, demonstrators burned tires and demanded government protection for the members of the Christian minority.

Missionary schools around the country would be closed for three days, said Christian leader Nasir Gill.

Churches and other places important to the Christian community in Peshawar have been given extra security, said Khan, the police official.

But this has not been sufficient to appease angry Christians in Pakistan, who want the government to take even stronger steps to protect them.

Many churches, as well as mosques and other religious institutions, already receive some type of police protection although many Christians say that is too little. A police officer who was supposed to be protecting the church where the suicide bombers attacked Sunday was killed in the incident.

Christians are a minority in Pakistan, where roughly 96 percent of the country's 180 million people is Muslim. The rest belong to other religions, including Christianity. Christians have often been attacked by Sunni Muslim militants, who view them as enemies of Islam because of their faith.

Christians are also in a precarious position in Pakistan. While many Pakistanis condemned the Sunday bombings, Christians have often faced discrimination across the country. They often find it difficult to get access to education or better jobs and are known for having to contend with menial labor such as garbage collecting or street cleaning.

No one has claimed responsibility for the attack. Baluchistan is home to both Islamic militants and nationalists who have been fighting an insurgency against the government for decades for a greater share of the province's natural resources.