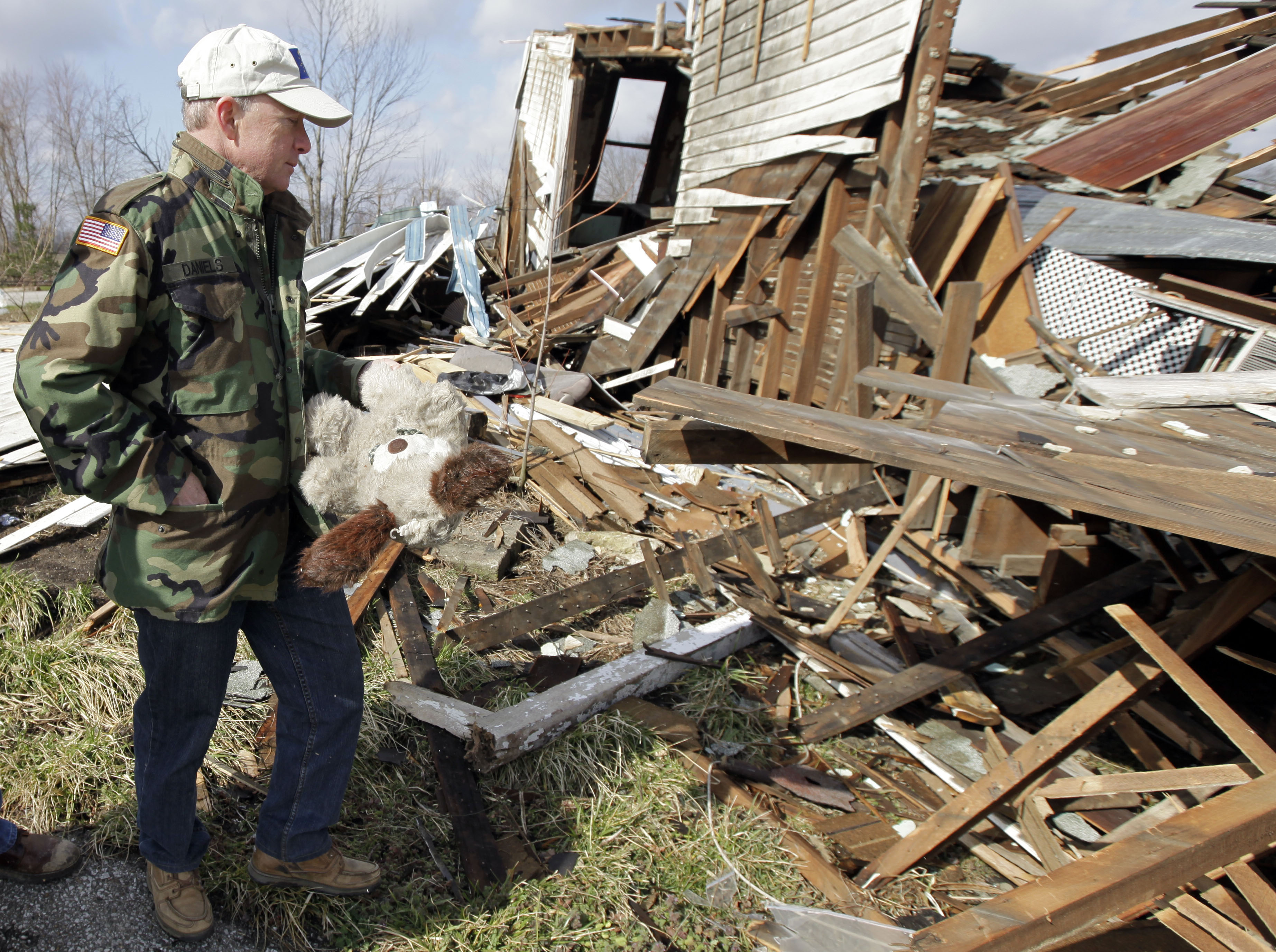 (CBS News) Governor Mitch Daniels called the tornadoes that ripped through parts of the Midwest and South, including his state of Indiana, an "incredibly brutal set of storms" and the worst he's ever seen.

Appearing on "Face the Nation" Sunday, Daniels told host Bob Schieffer one tornado's 175-mph winds "moved like a lawnmower," clearing anything in its way through the Indiana countryside and the town of Henryville near the Kentucky border.

Daniels also said the damage and loss of life could have been worse if the tornado were to have hit major population centers, but he said the destruction that did occur was devastating.

"I'll just tell you that I haven't seen worse," Dainiels told Schieffer. Twelve people died from the storm and countless homes and businesses were destroyed. [Reports yesterday were that 14 Indianans had died, but officials have adjusted the numbers.]

"Just from an educated amateur standpoint, I've never seen one quite this destructive," Daniels said.

The Republican governor told Schieffer he has already spoken to President Obama and Homeland Security Secretary Janet Napolitano about federal assistance, but he said the first few days will be up to the state and local communities.

"The simple truth is, we know from experience, the first few days are really on us, on the state and local authorities," Daniels said.

He praising his state's response and the people's preparation. "I think we were as ready as possible," Daniels said. "The weather service and others gave lots of warning. I didn't talk to anybody who wasn't fully aware that terrible storms were on their way."