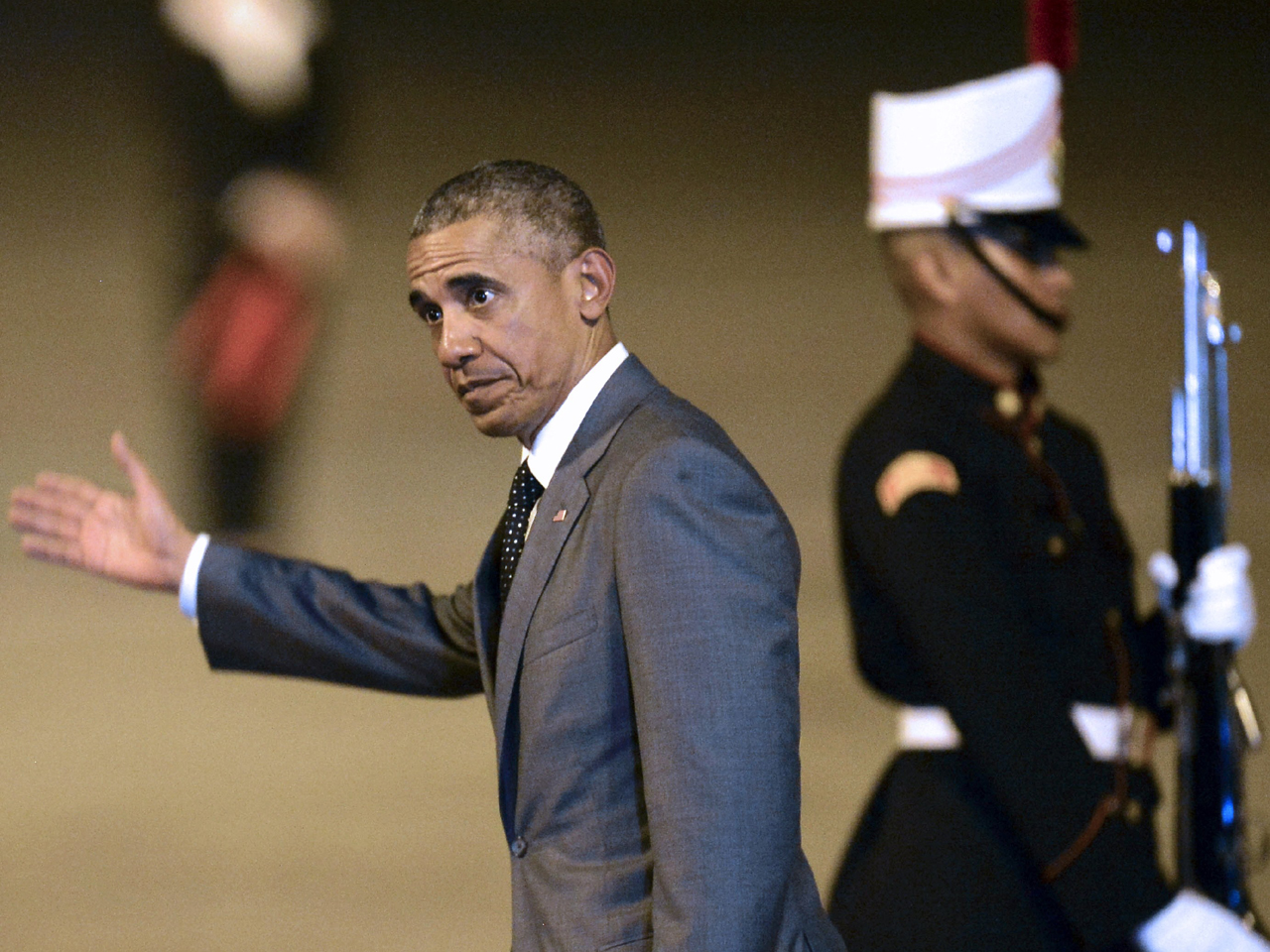 NEW YORK -- President Obama's expected announcement that Cuba is to be removed from the U.S. State Sponsors of Terrorism list -- and his anticipated face-to-face with Cuban President Raul Castro -- are intended to pave the way for the opening of embassies in Washington, D.C. and Havana.

It is also meant to showcase the success of the Obama administration's bilateral negotiations with Havana to other Latin American leaders attending the Summit of the Americas in Panama.

The U.S is looking to reap the benefit of increased trade with many of the nations attending the summit in Panama, and many of those nations have opposed the U.S. policy of isolating Havana.

But Mr. Obama won't be able to make the anticipated move official before the U.S. Congress gets 45 days to review the determination that Cuba is no longer deemed a sponsor of global terrorism. That determination is made by the State Department and handed as a recommendation to the president to act on.

CBS News chief White House correspondent Major Garrett reported Friday that the State Department recommendation to remove Cuba from the list was going through the inter-agency process in Washington swiftly, and no top official was expected to object. Mr. Obama was expected to be in position to announce a decision on Saturday, according to senior U.S. officials in Panama.

In removing Cuba from the terror list, President Obama must certify to Congress that the country has not supported international terrorism in the last six months and will not likely support it in the future.

Although the process gives Congress a role to play and divides the foreign policy powers between the Executive and Legislative branches of government, Congress does not have the power to block the president's decision.

The designation of a State Sponsor of Terrorism is based on three laws: section 6(j) of the Export Administration Act, section 40 of the Arms Export Control Act, and section 620A of the Foreign Assistance Act, which together impose sanctions including restrictions on U.S. foreign assistance, and some trade.

There will, doubtless, be heated criticism of Cuba's expected removal from the list. Even before any announcement, there have been stinging rebukes from potential Presidential candidate Sen. Marco Rubio (R-Fla.) and others inside and outside the Cuban American exile community.

The U.S. laws that authorize the terror listing do give Congress the option of passing a Joint Resolution, or a bill to block a nation's removal, but the president has the power to override such a move.

It's unlikely, however, that there would even be enough support for a vote against the Mr. Obama's decision in the Congress, largely because both Republicans and Democrats from agriculture-intensive states are looking for trade opportunities.

Several U.S. congressional delegations have visited since President Obama's December announcement of a shift in Cuba relations, and New York Governor Andrew Cuomo is leading a trade delegation to the island later this month.

Opposition to the removal is based in two groups; the first being critics -- politicians and private citizens alike -- who believe Cuba is still supporting terrorism and who make the point that the country harbors some fugitives from U.S. justice.

The second group includes American claimants who have a judgement from a U.S. court against the communist nation. The Foreign Sovereign Immunities Act allows Americans to seek damages from Cuba's frozen assets in the U.S.

Relatives of four Cuban-American activists whose planes were shot down by the Cuban military as they flew over Cuban territory to drop leaflets in 1996 are among such claimants. The "Brothers to the Rescue" pilots' families have sought to claim damages under the act.

Removing the designation would leave any Americans with a claim against Cuba to seek damages directly from the Cuban government.