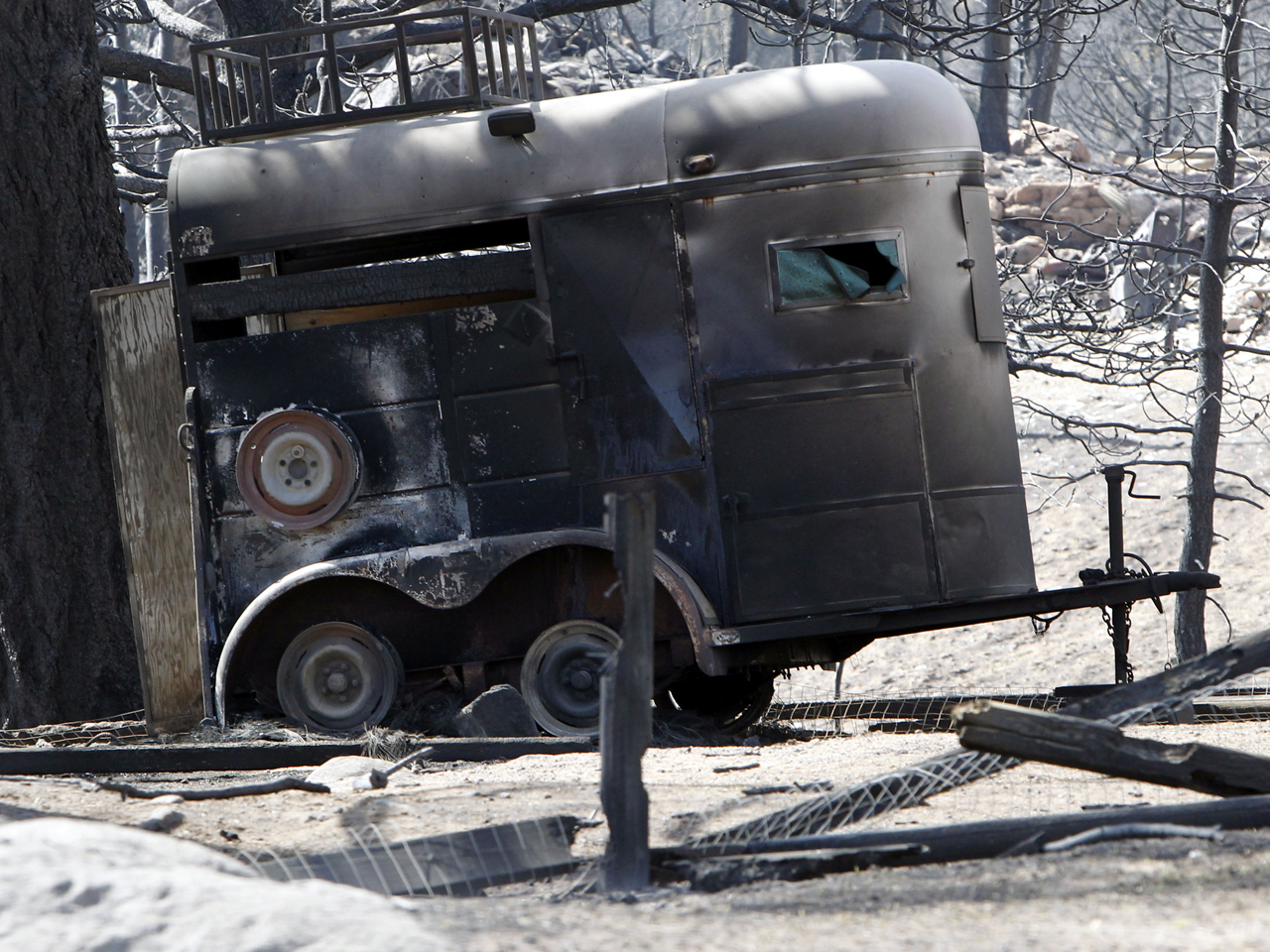 (AP) CONIFER, Colo. - Authorities were racing Thursday to contain a destructive wildfire in the mountains outside of Denver before the return of hot and windy weather this weekend.

More than 500 firefighters were at the blaze, which has blackened about 6 square miles in the mostly rural area southwest of the city's populated suburbs. It was apparently sparked by a state-prescribed burn that was stirred up by strong winds on Monday.

Since then, 27 homes have been damaged or destroyed, an elderly couple was found dead at one of the homes and a woman whose house was destroyed remains missing.

"We need to get ahead of this fire today and tomorrow," said Daniel Hatlestad of the Jefferson County Incident Management Team.

Crews so far had built about 15 percent of lines to secure the fire's 8.5-mile perimeter. Two planes that drop fire retardant were diverted to a fire in South Dakota, but four Blackhawks from the Colorado Air National Guard were still dropping water on the blaze.

A team also was expanding its search for the missing woman after searching 60 acres for her, going over some spots three times.

Gov. John Hickenlooper got his first look at the destruction caused by the fire, a day after he suspended the use of controlled burns on state lands pending an investigation of the wildfire. The ban doesn't affect federal land — which accounts for over a third of Colorado — but the governor urged counties and federal agencies to consider a temporary suspension.

Hickenlooper, who returned from a trade mission to Mexico on Wednesday, said he doesn't blame evacuated homeowners for being angry. But he has also defended their use generally, saying they have helped prevent large, costly wildfires.

A neighbor of the couple found dead said he was unsure whether 77-year-old Sam Lamar Lucas and 76-year-old Linda M. Lucas received an automated call telling them to leave. Eddie Schneider fled after a firefighter knocked on his door.

The residents of about 900 homes were forced to evacuate after strong winds quickly spread the fire. Nervous evacuees have been pressing authorities to allow them to return home or find out what remains.

Hatlestad said reopening the fire zone is a priority but that there was no estimate on when conditions would be safe enough. Residents currently are being allowed back with an escort for 30 minutes.

The fire started after a controlled burn last week that was meant to thin dry vegetation and control future fire risk. Instead, the blaze went out of control Monday when gusts blew embers across a containment line and into unburned forest.

"This is heartbreaking, and we are sorry," deputy state forester Joe Duda said. The Forest Service said protocols were followed for last week's controlled burn, but that wind gusts caused the blaze to re-ignite.

Glenn Davis, who said his friends were forced from their homes by the fire, said he wants changes in how those burns are conducted. "People up here want accountability," Davis said. "Telling me, `I'm sorry,' doesn't really make a difference."

A Forest Service manager who helps plan for prescribed burns, Jane Lopez, said the state usually conducts them only in spring and fall. Prescribed burns are planned as far as three years in advance, she said, but they don't go forward unless weather conditions meet requirements. She said everything was done properly.

"You don't burn unless all the parameters are met," Lopez said. She didn't comment on the governor's planned burn order but said, "We're at the end of the prescribed burn season anyway."

Conifer resident Don Heiden, who was displaced by the fire, said he wasn't ready to blame the government.

"Accidents happen. If there was negligence, they'll figure it out," said Heiden, who was watching televised aerial shots to see if his home was still standing. "To me, it's more of an act of God."