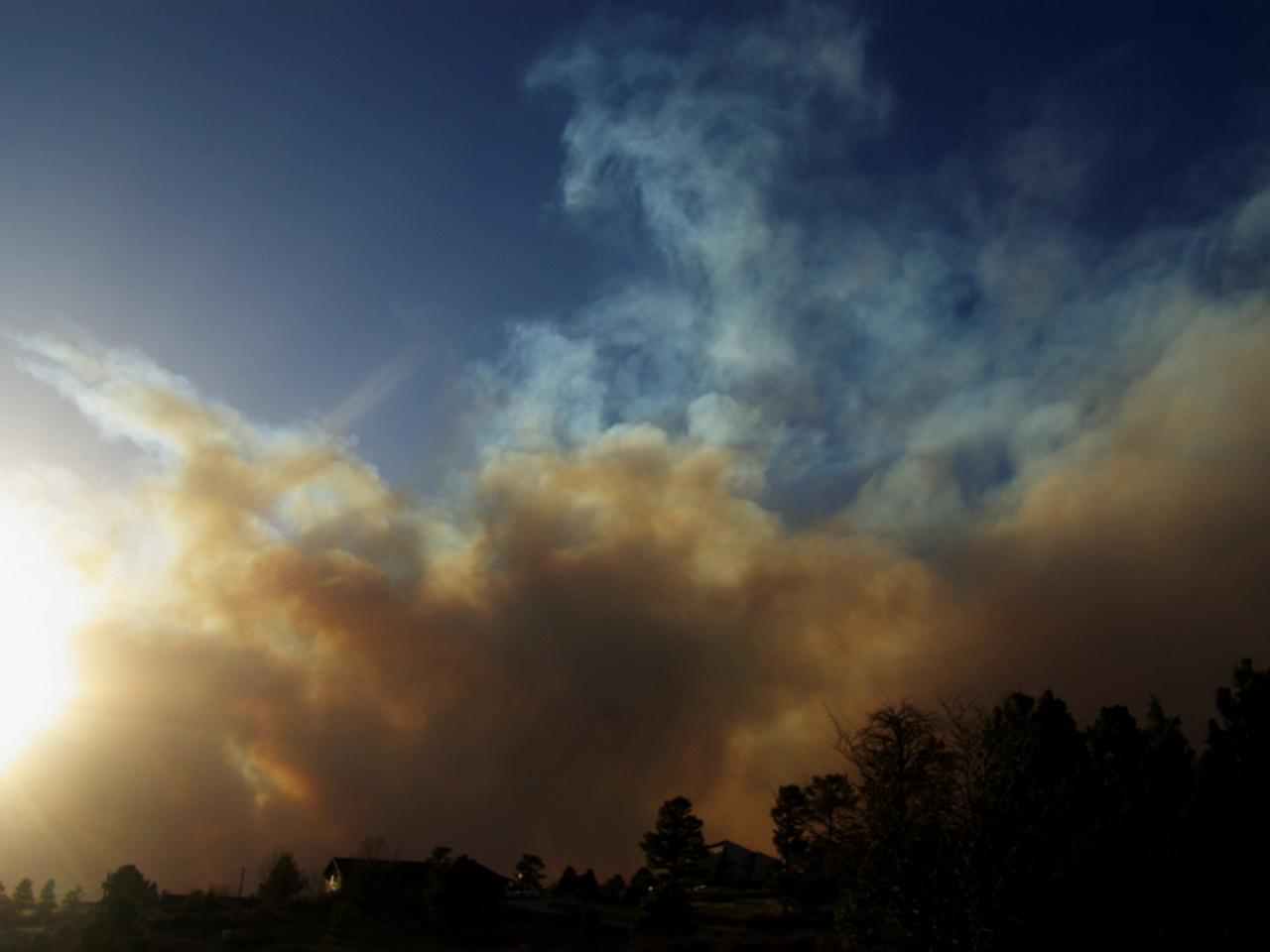 (CBS/AP) CONIFER, Colo. - Authorities say a second person has been found dead in the area burned by a wildfire southwest of Denver.

Jefferson County sheriff's officials say the second body was discovered near a person found dead Monday. Authorities do not yet know if the deaths were caused by the fire, which has grown to about 7 square miles.

Thanks to calmer winds, firefighters are now able to actively fight a wildfire that has destroyed at least 16 homes in the mountains southwest of Denver.


Strong winds fanned the blaze and prevented air crews from spraying retardant and kept crews mostly on the defensive on Monday.

On Tuesday, firefighters are fighting the fire on the ground as well as planning for a possible air attack. A lead plane was scouting conditions for an air tanker to drop slurry on the fire.

Officials say federal firefighting teams from Idaho, Nevada and Utah were being sent to Colorado to take over management of the fire from Jefferson County.

Residents of about 900 homes have been evacuated and more remain under threat in the mostly rural area. The blaze, several miles and mountain ridges west of the city's tightly populated southwestern suburbs, has destroyed 15 to 25 structures, at least five of which were homes, authorities said.

Temperatures lately have been reaching into the 70s during an especially dry March, raising the fire danger around Colorado. Video from KUSA-TV's helicopter showed one home burned to its foundation with a flicker burning in the rubble.

Another home appeared untouched, a car parked in the driveway, although land across the road was charred. The fire was about 25 miles southwest of Denver in a rugged, largely rural area where the altitude ranges from 7,000 to 8,200 feet.

The region of pines and grassland is dotted with hamlets and the occasional expensive home. Denver's southwestern suburbs were not under threat. About 100 firefighters were deployed to protect homes overnight.

Shelters were set up at high schools in Conifer and in the southwest Denver suburb of Littleton. County officials updated nervous residents early Tuesday, asking anxious homeowners to leave behind their addresses so they could be called with the status of their homes.

They were told they wouldn't be allowed to return home yet. Colorado Congressman Mike Coffman offered his sympathies to those whose homes were destroyed and said he would work to get federal firefighting equipment and teams should the Jefferson County sheriff ask for it, CBS affiliate KCNC Denver reported.