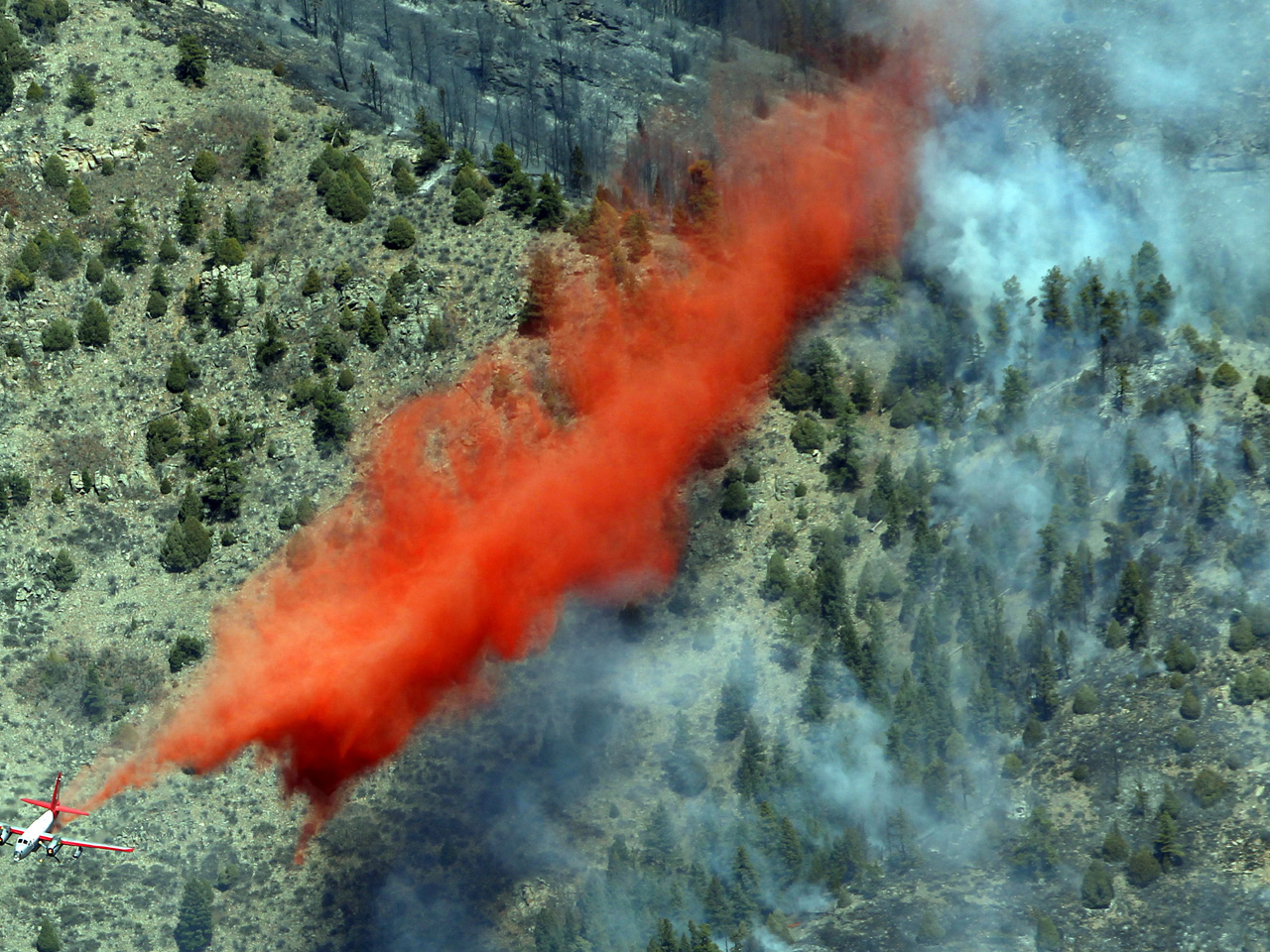 (CBS News) CONIFER, Colo. - An erratic wildfire suspected of causing at least two deaths outside Denver was still totally out of control Wednesday.

The blaze is one of several in Colorado fueled by unusually dry and warm weather.

As Lane Lyon, of CBS Denver station KCNC reports, hundreds of firefighters were entering a third day of battling wildfires across the state.

More than 37 square miles had been scorched by the unpredictable infernos.

In Jefferson County, the fires' devastation was deadly.

The largest of about a dozen wildfires continued to incinerate a seven-and-a-half square mile range of the county, which is just 25 miles southwest of Denver. Rescue workers discovered the bodies of an elderly couple at the site of their burned home, while the search continued for another, unidentified woman. If confirmed as fire-related, the deaths would be the first reported victims of wildfires in Colorado in 30 years.

"Right now," says Jacki Kelley of the Jefferson County Sheriff's Department, "we are looking at 23 homes that have been damaged in the area."

"We're worried," says one evacuee. "We're all worried -- especially knowing it's that close to our homes."

More than 900 homes have been evacuated and 6,500 more households remained on alert.

While firefighters struggle to contain the flames from the air and protect homes on the ground, officials may be closer to finding what ignited the flames.

"We do think the fire is a result of a prescribed fire performed by the state Forest Service last week," Kelley says.

Prescription burns are a precautionary measure used to thin out vegetation and reduce the amount of fuel available in the event of a fire outbreak. It is possible that some of the fire escaped and exploded into this week's devastation.

Whatever the cause, the solution, remains days away as firefighters wait for more resources and changing winds.

"We're at zero containment," said one official. "We've all seen fires that look like we can relax ... spike up and turn very ugly. It will be at least a couple of days."

Several hundred more firefighters from around region are joining the fight here, and the effort to contain the blaze continues around the clock.

"CBS This Morning" co-host Erica Hill had a brief report on the wildfire Wednesday. To see it, click on the video in the player above.