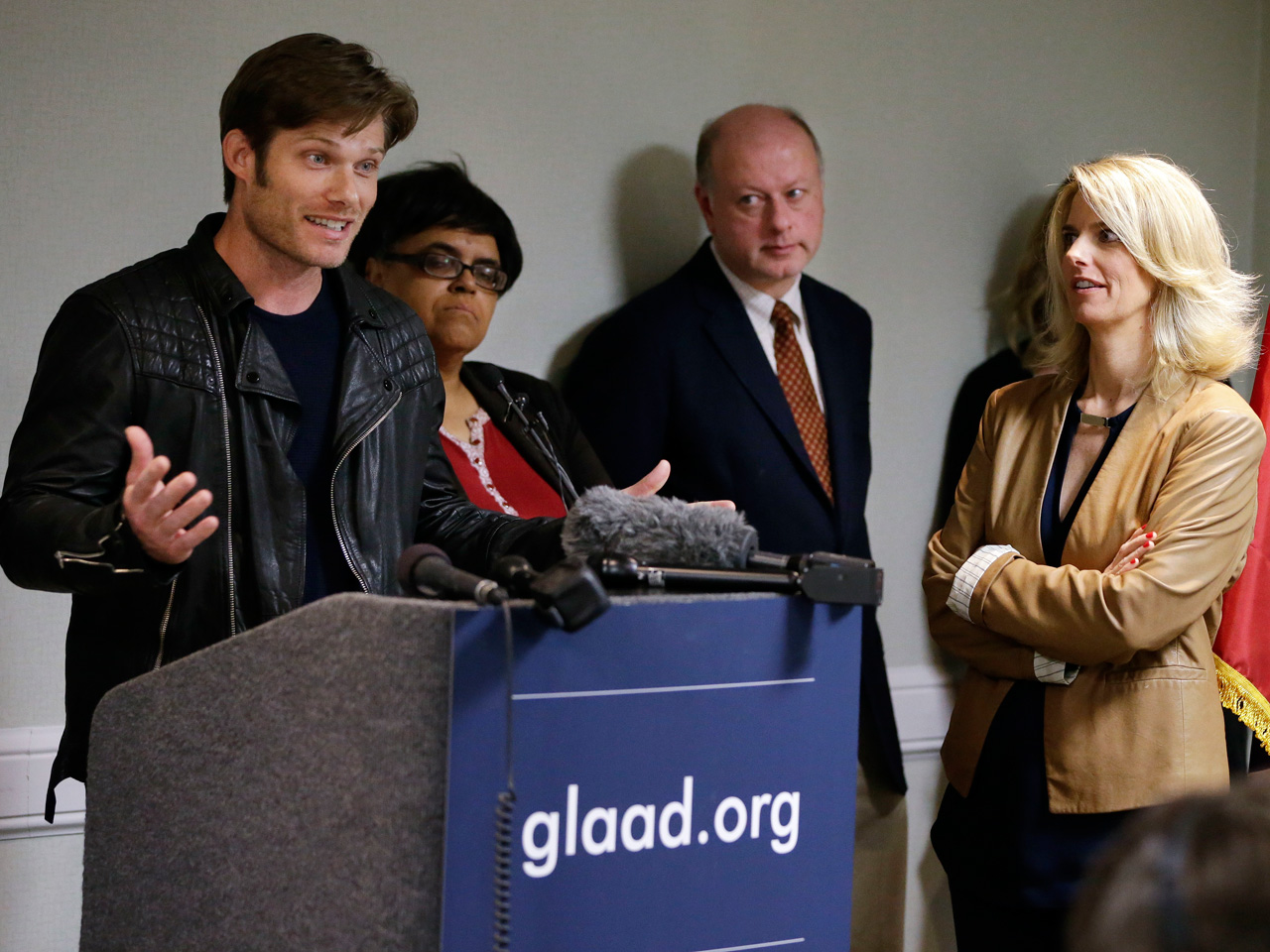 NASHVILLE, Tenn. - Several country music artists and songwriters have condemned proposed laws that critics say discriminate against LGBT people, but anyone looking for reaction from the record labels and production companies on Nashville's Music Row has heard only the sound of silence.

New laws in North Carolina and Mississippi have drawn the ire of businesses and celebrities alike, with Bruce Springsteen and Bryan Adams canceling shows in those states. Legislation dealing with the treatment of gays, lesbians, bisexuals and transgender people was vetoed by Georgia's governor, but bills are still being considered in Tennessee and South Carolina.

Numerous artists with ties to Nashville have denounced the proposals here, which would ban transgender people from using restrooms that don't conform to their sex at birth and would allow counselors to refuse services to LGBT people on religious grounds. Among them: Emmylou Harris, Billy Ray Cyrus and his pop star daughter Miley Cyrus, and actor Chris Carmack of ABC's "Nashville."

The country music industry has a recent history of approaching LGBT issues cautiously. Last year, when twice-married country star Ty Herndon came out as gay, he said both his ex-wives and numerous people knew about his sexuality, but he felt compelled to stay silent about it for years.

"It was unfortunate that I had to do that, but I felt that's what I had to do to have my career," Herndon said. "Standing on some pretty solid legs today, so I get to tell my truth today."

Chely Wright, who in 2010 became the first major country music artist to reveal that she's gay, claimed afterwards she experienced a "rejection of silence."

Gretchen Peters, a singer songwriter who has written hits like Martina McBride's "Independence Day," said the bills being considered in Tennessee are deeply personal to her as the mother of a 31-year-old transgender man.

"The people who are at risk are people like my son who would really be called out publicly, and anyone who is a trans person knows that can escalate into a really dangerous situation," she said. "I live in fear of that as a mother."

Sarah Kate Ellis, president and CEO of GLAAD, one of the LGBT organizations pressuring the country music industry, said the support of the artists is important. But she said the industry's top companies need to speak out.

"It's not a game they have been in before, but it's going to have a big impact on their city so I think they are right now educating themselves on what the topics are and what the issues are," Ellis said.

Numerous record labels - Universal Music Group Nashville, Warner Music Nashville, Sony Music Nashville, Curb Records or Big Machine Label Group - would not comment on the issue when asked by The Associated Press. Their silence underscores a divide between the creative class of artists who can use their platform to speak out and an industry that must be careful about taking a position.

That resistance to speak out might not be entirely based on concerns about losing their audience, said Diane Pecknold, an associate professor in women's and gender studies at the University of Louisville and co-editor of the book, "A Boy Named Sue: Gender and Country Music."

"I don't think they are afraid of their audience because the artists that have come out in favor of LGBT rights have not suffered in any way," Pecknold said. However, she said, the industry may be reluctant to alienate politicians or political groups they rely on to help with business-related legislation.

Bills like those dealing with which bathrooms transgender people can use also are tricky because they don't have the same appeal as other LGBT rights issues like gay marriage, said Nadine Hubbs, professor of Women's Studies and Music at University of Michigan and author of "Rednecks, Queers, and Country Music."

"It's not the sort of sanctified realm of marriage and two people who love each other," Hubbs said. "It doesn't have the golden glow around it."

Activists are pushing hard on the economic impact, saying such legislation can hurt tourism, make it harder for businesses to recruit employees or discourage businesses from investing money and production in the state. And not all in the entertainment industry have stood silent.

Live Nation, which operates concert venues and produces concerts all over the country, said in a statement that it supports artists like Springsteen and Adams who choose to cancel shows. It said the company "supports our artists' efforts to take a stand against this exclusionary and unfair law."

Country Music Television and its parent company Viacom released a statement last week that said the bathroom bill was "inconsistent with our values." And the Country Music Association, which promotes country music around the world and sponsors the annual CMA Awards and CMA Festival, also weighed in.

"CMA is not a lobbying organization, but we are working closely with the City of Nashville to offer all of our visitors and residents an inclusive environment where they feel welcome," Sarah Trahern, CMA's chief executive officer, said in a statement.

Peters, who has been vocal about her support of transgender rights, said she understands why many in country music are hesitant to get involved.

"I understand why people say, 'I will alienate some of my fan base," Peters said. "Yeah, I have lost some fans, but I have gained about 10 times as many. There are people who are just so happy to see someone be vocal about this."