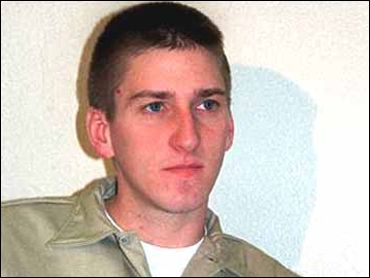 It was fifteen years ago today that Timothy McVeigh killed 168 people by detonating an explosives-filled truck near the Alfred P. Murrah Federal Building in Oklahoma City in the nation's deadliest-ever homegrown terrorist attack.

McVeigh was an anti-government extremist inspired by the 1993 raid on the Branch Davidian compound at Waco; he railed against taxes, gun control and federal interference in Americans' lives.

Those who betray the Constitution, he wrote in a letter, "are domestic enemies and should and will be punished accordingly." After the attacks, McVeigh suggested that he acted for the "larger good" and said that even if he were executed, it would still be "168 to one."

Former President Bill Clinton, among others, see echoes of the rhetoric that drove McVeigh in the current political discourse. In an op-ed in the New York Times today tied to the bombing, he wrote that the bombers were driven by "the belief that the greatest threat to American freedom is our government, and that public servants do not protect our freedoms, but abuse them."

Lamenting the fact that "deeply alienated and disconnected Americans decided murder was a blow for liberty," Clinton went on to say Americans have a right to dissent but not violence when they don't get what they want.

There is, he wrote, "a big difference between criticizing a policy or a politician and demonizing the government that guarantees our freedoms and the public servants who enforce our laws."

That was a shot at folks like Rep. Michele Bachmann, who last week railed against what she called the "gangster government" at a tax day Tea Party rally. Clinton said it is not appropriate to call elected officials "gangsters" and added, "you can attack the politics" but "don't demonize them, and don't say things that will encourage violent opposition."

Time magazine's Joe Klein, meanwhile, suggested that the rhetoric of Glenn Beck and "to a certain extent" Sarah Palin "rub right up close to being seditious." Added New York Magazine's John Heilemann in that weekend interview: "Joe's right and I'll name another person, I'll name Rush Limbaugh who uses this phrase constantly and talks about the Obama administration as a regime. That phrase which has connotations of tyranny. And what's so interesting about it to me, to get to Norah's point - what is the focus, what is the cause of this? You think back to 1994, there was Ruby Ridge. There was Waco. There were triggering incidents. There's been nothing like that. The only thing that's changed in the last 15 months is the election of Barack Obama. And as far as I can see, in terms of the policies that Obama has implemented, there's nothing."

Thirty-eight percent of Americans now see domestic terrorism as a more serious threat than international terrorism, according to a new CBS News poll; that's up eight points from 2002. On Monday, MSNBC is airing a documentary called "The McVeigh Tapes" detailing McVeigh's motivations and perspective on his crime -- and raising questions about the dangers of the extreme rhetoric that influenced him.

Some conservatives are unhappy with the broadcast; Colin Hanna of the group Let Freedom Ring complained that the message is "that tea party fervor and an anti-Washington mood are precursors to domestic terrorism akin to Oklahoma City bombing."

Last year, conservatives attacked a report from the Department of Homeland Security warning of a rise in "rightwing extremist activity" tied in part to the recession and the election of an African-American president, alleging that it was politically-motivated or worse. This year, after Democrats complained amid threats to members of Congress that members of the GOP were "fanning the flames with coded rhetoric" with suggestions that Democrats should be put on "the firing line" and that opponents of reform should "reload," Palin mockedthe notion she and others were encouraging violence. Republicans offering strong rhetoric insist they are trying to get politicians voted out of office, not attacked.

But that hasn't diminished suggestions that some anti-government words could incite another domestic terror attack. Last month Fox News anchor Shepard Smith was discussing the threats against lawmakers when he asked if politicians were going to look at themselves and say, "My overinflated rhetoric is causing some people who digest it -- and don't think of it as they do as just political rhetoric-- they think it's real, that this might be Armageddon or something, and then they go out and act."

McVeigh, of course, was an individual psychopath, not a representative of any larger group, including the Tea Party movement or proponents of smaller government. While he may have been encouraged by far-right rhetoric, his actions may, in one sense, simply be part of the price of free speech. Should Americans not be able to play "Grand Theft Auto" because they fear it will lead teenagers to be violent? Should they be denied "Catcher in the Rye" because Mark David Chapman, John Lennon's murderer, was a fan? Where does the line exist between acceptable rhetoric and something else?

"Civic virtue can include harsh criticism, protest, even civil disobedience. But not violence or its advocacy," Mr. Clinton wrote in his op-ed. "... In the current climate, with so many threats against the president, members of Congress and other public servants, we owe it to the victims of Oklahoma City, and those who survived and responded so bravely, not to cross it again."

OKC Bombing, 15 Years Later: Are We Safer?
Tea Party Supporters: Who They Are and What They Believe
View CBS News In