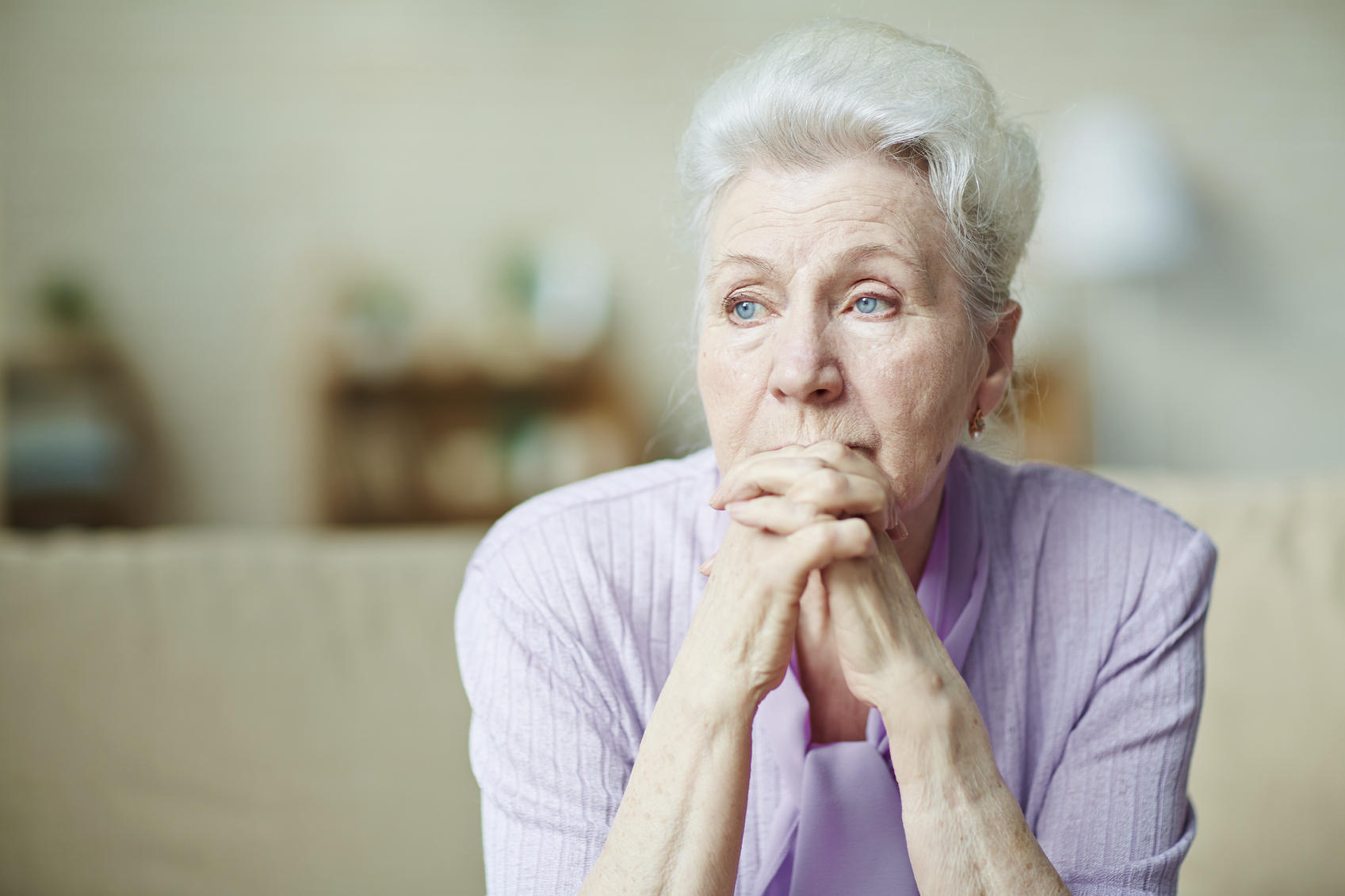 “For people who have high levels of amyloid -- the people truly at high risk for Alzheimer’s -- they were 7.5 times more likely to be lonely than non-lonely,” said lead researcher Dr. Nancy Donovan. She’s director of the Center for Alzheimer Research and Treatment at Brigham and Women’s Hospital in Boston.

But the results of the new study suggest that that relationship may work the other way around, as well -- that people in the early stages of Alzheimer’s might be more apt to feel lonely, or socially detached.

“People who are starting to accumulate amyloid may not be as well-functioning in terms of perceiving, understanding or responding to social stimuli or interactions,” Donovan said. “This could be an early social signal of cognitive [mental] change.”

If this is proven, then doctors might be able to screen for Alzheimer’s by paying closer attention to patients’ emotional health, she suggested.

Brain plaques formed from sticky amyloid proteins are a hallmark of Alzheimer’s disease, the most common cause of dementia, according to the U.S. National Institutes of Health. These plaques form in the spaces between the brain nerve cells of Alzheimer’s patients, although their connection to the disease is not fully understood at this time.

To examine the relationship between late-life loneliness and Alzheimer’s risk, Donovan and her colleagues examined 43 women and 36 men, average age 76. All were healthy, with no signs of Alzheimer’s or dementia.

The researchers used standard psychological exams to measure each person’s degree of loneliness, and imaging scans to detect the amount of amyloid protein in their brains. The investigators particularly focused on amyloid levels in the cerebral cortex, a part of the brain that plays a key role in memory, attention, perception and thought.

People with high levels of amyloid in the cortex were 7.5 times more likely to be classified as feeling lonely, even after researchers accounted for how socially active they were and whether they suffered from depression or anxiety.

By taking into account the extent of the person’s social network, Donovan’s team showed that seniors who feel isolated or socially detached even when surrounded by friends or family could be at elevated risk for Alzheimer’s.

However, the study doesn’t prove a direct cause-and-effect relationship between the two.

Dr. Gisele Wolf-Klein, director of geriatric education for Northwell Health in Great Neck, N.Y., said this finding is “very new” and could point to novel ways of associating a person’s emotions with dementia risk.

However, the study was performed in a very small group of older adults from Boston, a city where people are typically better educated and may be more in touch with their emotions, Wolf-Klein added. Larger studies involving different types of people are needed to validate these findings, she said.

“If this is substantiated by other larger studies, then the question would be, what kind of intervention would result?” Wolf-Klein said. “If you were able to impact on this loneliness by creating interventions where people were taken out of their loneliness and engaged in social events, would you have less likelihood of progression toward dementia?”

Dean Hartley is director of science initiatives, medical and scientific relations at the Alzheimer’s Association.

Hartley said that in the early stages of Alzheimer’s, there can be “behavioral changes that may be a symptom of mild cognitive impairment or dementia.”

Doctors in the future may be trained to look for loneliness, apathy, mood changes or social impulsiveness as early signs of Alzheimer’s, he said.

“We do think this [the new finding] is important, and I have a feeling we’ll see more on this,” Hartley said. “As we develop treatments for Alzheimer’s, the earlier you diagnose and the earlier you treat, the better will be the outcomes.”

Results of the new study were published online Nov. 2 in the journal JAMA Psychiatry.