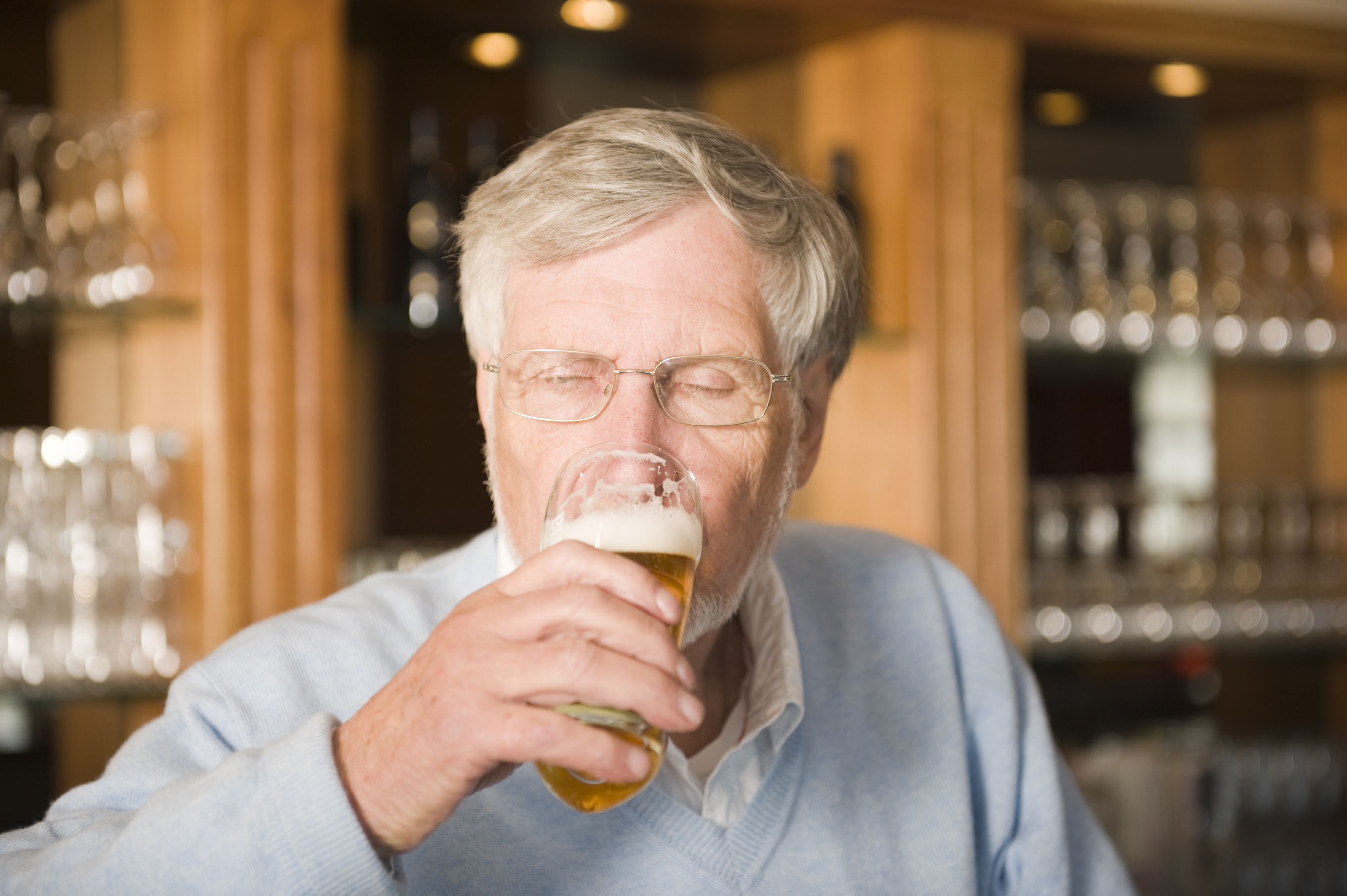 When it comes to the problem of drinking to excess, the senior citizen population may not immediately come to mind. But a new study finds that many older adults are drinking too much alcohol, putting them at risk for major health problems.

The research, published in the journal BMJ Open, looked at older adults in the U.K. and found that one in five people over the age of 65 was drinking at unsafe levels, defined as more than 21 units of alcohol for men and 14 units for women each week. A unit of alcohol is equivalent to a small (125 ml) glass of wine.

The researchers looked at anonymous electronic health records from a sample of almost 28,000 people from one area of London. They identified 9,248 older people who had reported consuming alcohol and found that 1,980 of them did so at unsafe levels.

The results also showed that those drinking excessive amounts were more likely to be male, at the younger end of the age group, and have higher socioeconomic status.

"As the Baby Boomer generation become seniors, they represent an ever increasing population of older people drinking at levels that pose a risk to their health," Dr. Tony Rao, lead author from the Institute of Psychiatry, Psychology & Neuroscience at King's College London, said in a statement. "This study shows the need for greater awareness of the potential for alcohol related harm in older people, particularly those of higher socio-economic status, who may suffer the consequences of ill health from alcohol at an earlier age than those in previous generations."

The authors acknowledge that the limited area which they studied may not apply to other populations, and that people may have underreported their alcohol consumption to their doctors.

In the U.S., drinking among older adults has been a growing concern in recent years. In fact, one study published in the journal Addiction found that about 2.8 million Americans over the age of 50 meet the criteria for alcohol abuse. That number is expected to reach 5.7 million by the year 2020.

Experts warn that excessive drinking, especially among older people, can have a harmful impact on health.

The National Institutes of Health also caution that many medicines -- both prescription and over-the-counter -- can be dangerous or even deadly when mixed with alcohol. This is particularly worrisome for older adults, as many take medications every day.

The researchers said that physicians need to be more aware of the risk of older adults drinking excessively, especially since steps can be taken to address the problem.

"Better training in the detection of alcohol misuse through screening, workforce development, service provision, improving the reliability of drinking limits and minimum unit pricing are all necessary if this problem is to be addressed effectively," Rao said.