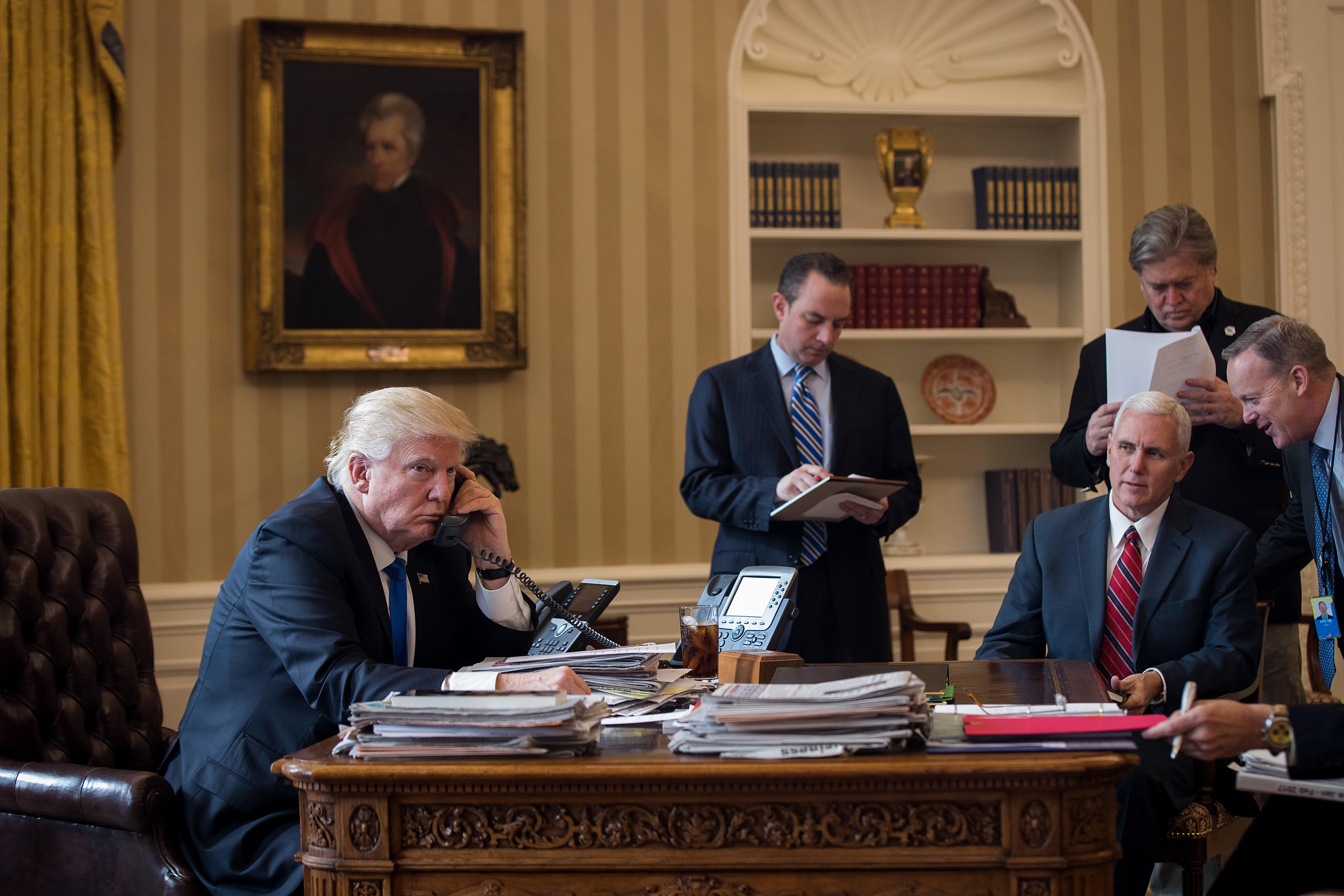 The extremely sensitive information was gathered by a U.S. ally united in the fight against the Islamic State in Iraq and Syria (ISIS) and given on the basis that it remain private between the two parties. According to U.S. officials who spoke to the Post, Mr. Trump potentially jeopardized that relationship while also disclosing key ISIS-related intelligence.

"[O]bviously they're in a downward spiral right now, they've got to figure out a way to come to grips with all the that's happening," Sen. Bob Corker, R-Tennessee, said when asked by asked by the story by reporters Monday evening.

"You know the shame of it is there is a real good national security team in place and there are good productive things that are underway through them and others. The chaos that is being created by the lack of discipline is creating an environment that I think makes, it creates a worrisome environment."

Sen. Mark Warner, D-Virginia, called the situation "a slap in the face to the intel community" and Sen. Richard Blumenthal, D-Rhode Island, said if true, Mr. Trump is "sabotaging our war against ISIS."

Sen. Martin Heinrich, D-New Mexico, drew comparisons between Mr. Trump's own alleged handling of the classified information and Mr. Trump's criticism of 2016 Democratic presidential candidate Hillary Clinton's use of a private email server, also describing the behavior as part of "a pattern of recklessness."

Sen. John McCain, R-Arizona, who also serves as chairman of the Armed Services Committee, tweeted of the report: "If true, deeply disturbing,"