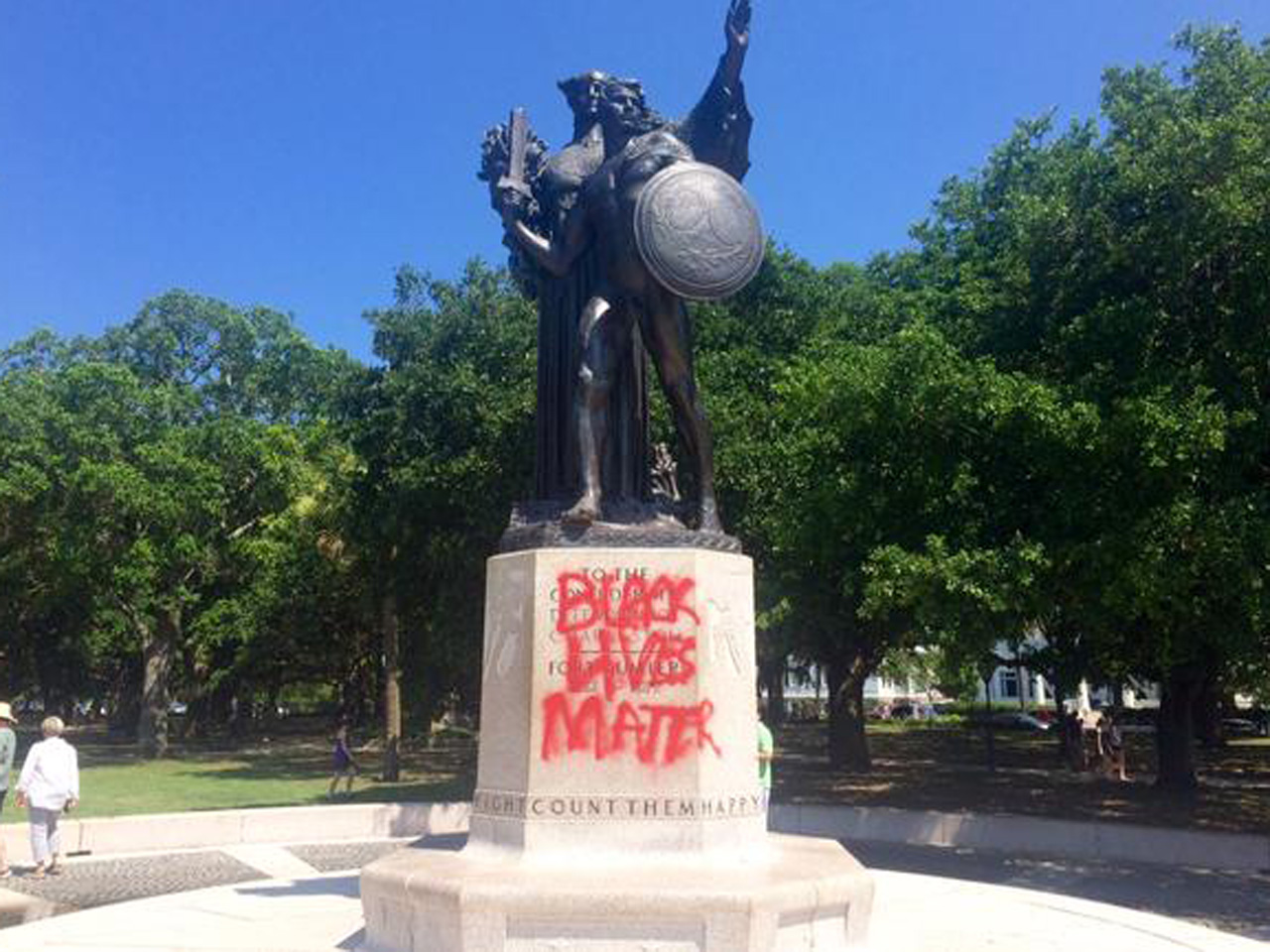 BALTIMORE- Confederate statues in South Carolina, Maryland and Texas were discovered defaced this week with the words "Black Lives Matter."

The discoveries come just days someone vandalized a Confederate monument less than 2 miles from the racially-inspired mass shooting in Charleston, S.C.

In that case, a Confederate monument near the Emanuel A.M.E. Church was also spray-painted with the phrase "Black Lives Matter," as well as the message "This is the problem. #RACIST."

CBS affiliate WCSC in Charleston reports that a second Confederate monument was discovered defaced on Tuesday.

Symbols of the Confederacy, especially the Rebel Battle Flag, have come under renewed criticism following last week's shooting by a white man at a black church in Charleston, South Carolina, that killed nine people.

In Baltimore, the same words were done in yellow paint over an etched message on a statue that was erected by the Maryland Daughters of the Confederacy in February 1903, The Baltimore Sun reports.

Those who live, work and study in the area had mixed reactions to the message being written on the statue, which is across the street from the campus of Maryland Institute College of Art. This statue is one of several such statues devoted to the Confederacy in the city.

In Texas, Austin American-Statesman reporter Ralph Haurwitz tweeted that several statues on the University of Texas at Austin's campus had been defaced in a similar way.

Campus security spokeswoman Cindy Posey confirmed that "Black lives matter" was scrawled early Tuesday on the base of the statue to the president of the Confederacy, and also on those for Confederate Gens. Robert E. Lee and Albert Johnston.

"Bump all the chumps" also was sprayed below the Davis statue.

This is at least the fourth time over the years that Davis' statue has been defaced.

Meanwhile, in Texas, an online petition recently was launched to have the Davis statue removed from campus.

But Davis' great-great grandson, Bertram Hayes-Davis, says his ancestor was a statesman with a broad list of accomplishments who's being unfairly demonized.

The "Black Lives Matter" movement, which sprung up in the wake of the several killings of black men by white police officers, has not formally taken responsibility for the vandalism.