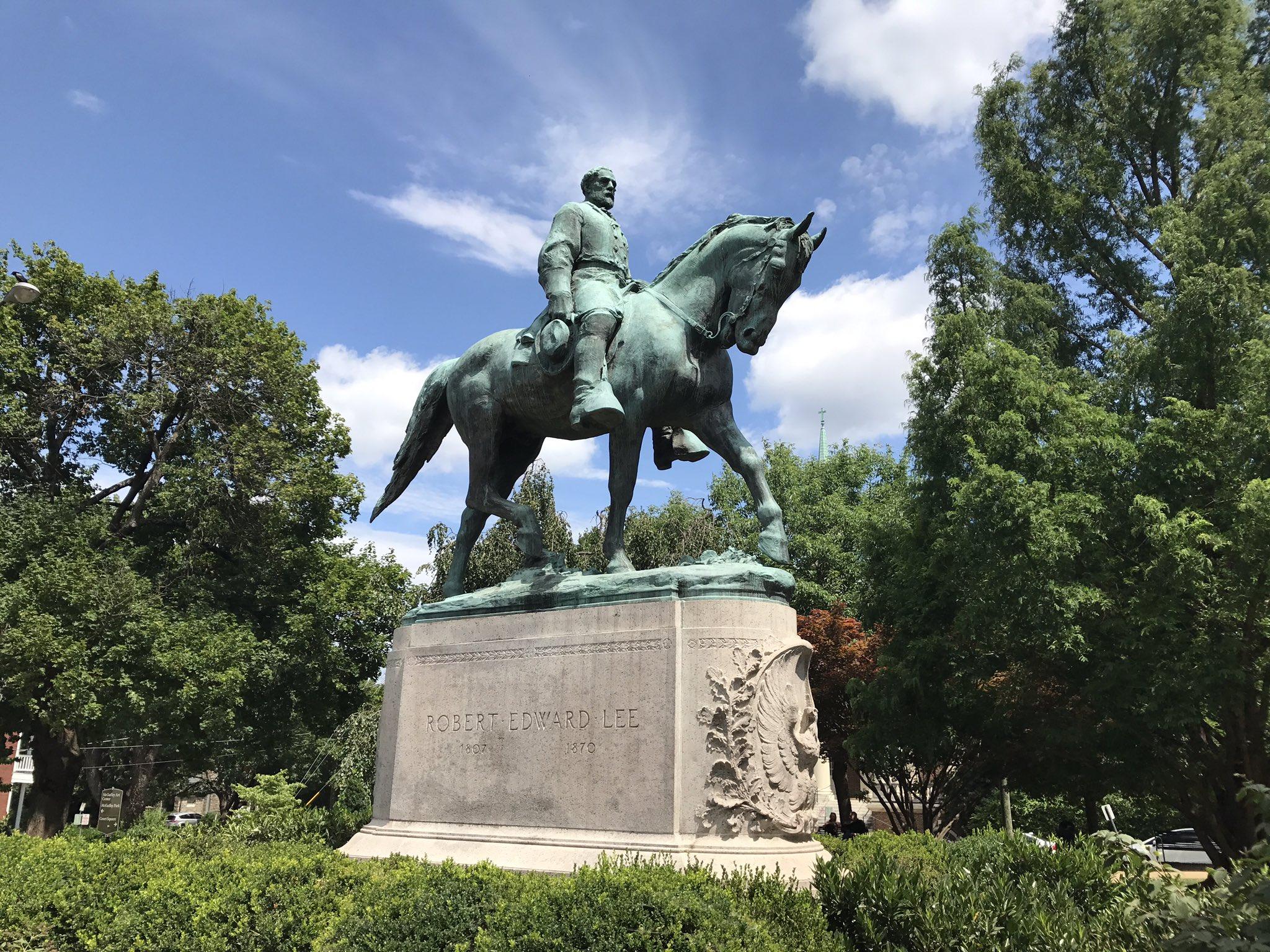 As Democrat Ralph Northam and Republican Ed Gillespie vie for the governor's seat in Virginia, confederate monuments have become a significant issue ahead of the November election.

That a white nationalist protest in Charlottesville — starting as a statement against the removal of a statute of confederate General Robert E. Lee and ending in the death of a young woman — could take place in the 21st Century shocked many Americans this summer. But the debate over the preservation of confederate history is still alive in the commonwealth of Virginia, and has become a hot-button topic in the contentious race between Northam and Gillespie.

On Thursday, President Trump, who embroiled himself in the Charlottesville incident by famously saying "both sides" share responsibility for the violence, tweeted Gillespie "might even save our great statues/heritage!"

Gillespie has argued that the monuments should stay where they are, in an appropriate historical context, while Northam has called for the monuments' removal, saying he "personally" believes they should be placed in museums but that's up to the localities.

"We don't have to glorify the objects of the statues – we can educate about them," Gillespie said last month during a gubernatorial debate moderated by NBC's Chuck Todd. "We have to learn from history, and that is a difference."

"If these statues give individuals, white supremacists like that, an excuse to do what they did, then we need to have a discussion about the statues," Northam said.

Voters reflect that partisan split, although a majority of Virginians still want to keep the monuments where they are.

In the polls, Northam and Gillespie are relatively close. A Real Clear Politics aggregation of recent polls shows Northam is up by 4.3 points, and a Fox News poll earlier this month had the two tied. Virginia, a historically red state, has voted for Democrats in the last three presidential elections as the state's heavily-populated northern region near Washington, D.C., shifts its political center towards the left.