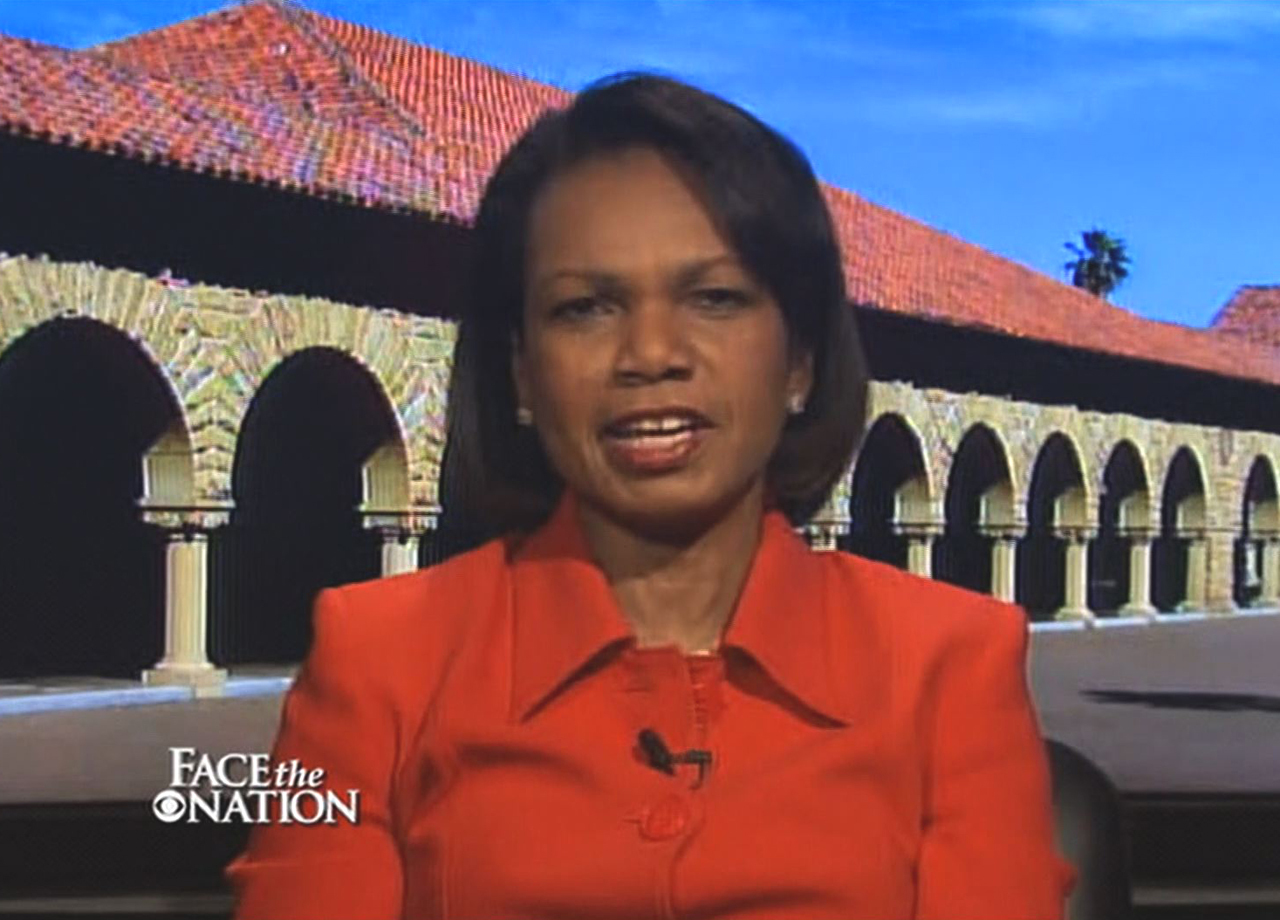 Former Secretary of State Condoleezza Rice said America has come a long way in confronting racial inequality - but that America will never be "race blind," and that race and poverty in America is "still a terrible witch's brew."

Rice, appearing in Sunday's special Thanksgiving edition of "Face the Nation," reflected on how growing up in Birmingham, Ala., during segregation "shaped me fundamentally."

"My family had to persevere under those circumstances to educate all of us, and to insist that we might not be able to control our circumstances but we could control our response," Rice told CBS' Bob Schieffer.

Since those days, Rice argued, a lot of things have changed.

"We have a black president. We've had two black secretaries of state. We have black CEOs. Obviously African Americans are pushing way into territories that, probably, my grandparents would never have thought possible," she said.

Still, she argued that even though America has "gotten to a place [where] race is not the limiting factor that it once was," she said that "we're never going to erase race as a factor in American life."

"It is a birth defect with which this country was born out of slavery; we're never really going to be race blind," she said.

She pointed to the confluence of race and poverty as a particularly troubling constraint for overcoming inequality, and wondered if that problem isn't becoming even more exacerbated in recent years.

"I think it goes back to whether or not race and class - that is, race and poverty - is not becoming even more of a constraint," she said. "Because with the failing public schools, I worry that the way that my grandparents got out of poverty, the way that my parents became educated, is just not going to be there for a whole bunch of kids. And I do think that race and poverty is still a terrible witch's brew."

Steve Jobs biographer Walter Isaacson, also appearing on the show, recalled how growing up in New Orleans during segregation gave him a heightened sensitivity to inequality in America.

"You really do have an antenna for race," he said. "I remembered a sign on the merry-go-round that said, 'White Only.' I was six years old, and so I'd never focused on what that meant. And, boom, it kicked me right then that, 'Oh my God, that's what that sign means.' And I kept insisting we not go there. Even in [New Orleans'] Audubon Park then, they had closed the swimming pool because it had been ordered integrated. And we led a group of young kids and forced them to reopen the swimming pool."

"I think we have some common experiences with segregation," Rice told Isaacson, laughing. "I didn't learn to swim until I was 25," because of Birmingham's segregated pools.