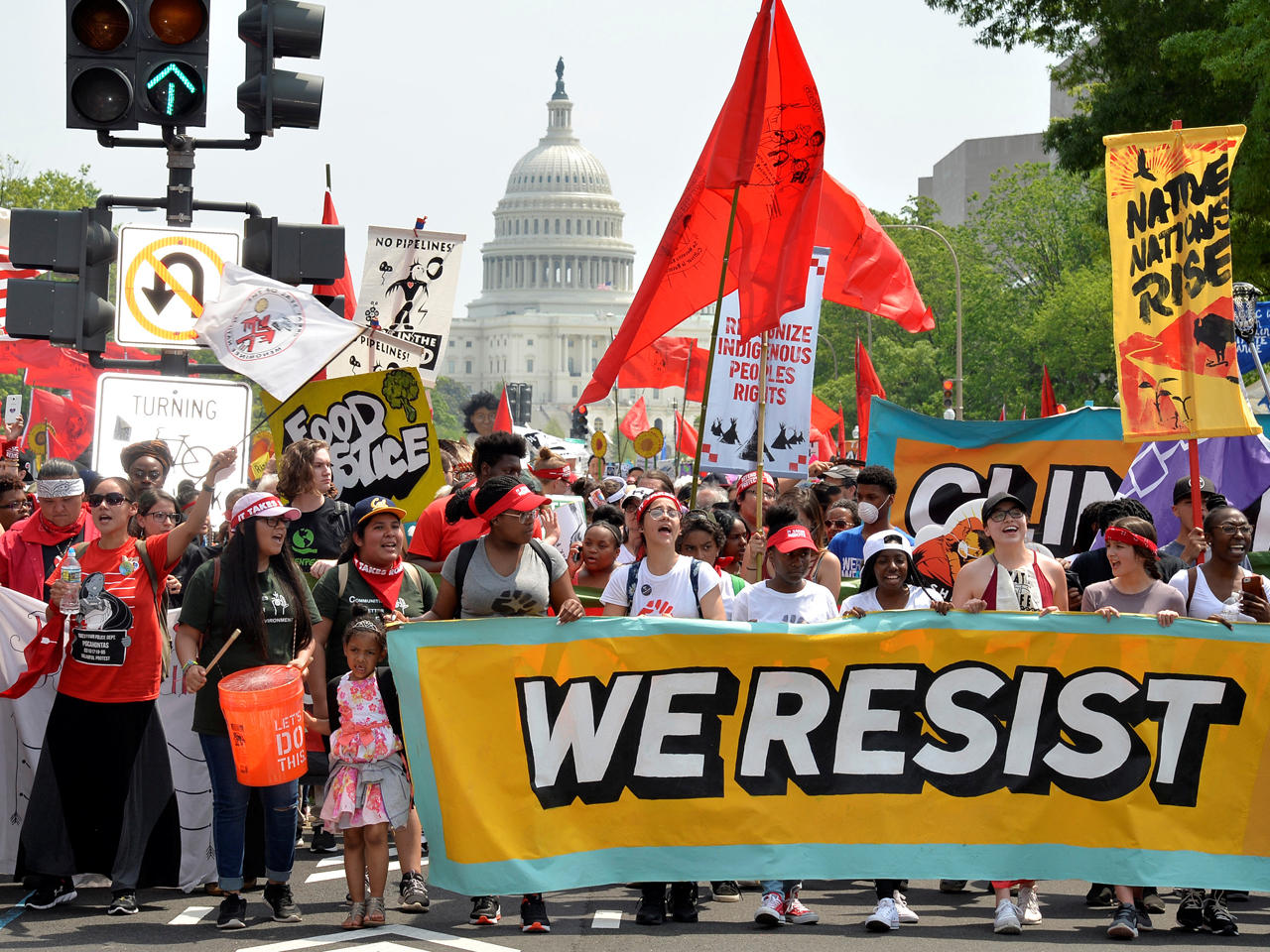 Here's an argument that seems unavoidable yet endlessly debatable: In American politics, progressives are winning, and have been for some time. When it comes to economic policy in particular, every day it seems the Overton Window skews a few more millimeters leftward, and there's virtually no sign this trend will reverse itself in the near future.

There are obvious rebuttals to this, first among them that the GOP is far and away America's dominant party. Donald Trump is in the White House, Paul Ryan and Mitch McConnell run Congress, and dozens of states are under unified Republican control.

But the strength of the Republican Party is probably a lagging indicator of where the country is actually heading. For starters, let's look at who's winning the battle of ideas in the Democratic Party right now. As Ben Smith recently noted, the answer is the left faction surrounding Bernie Sanders and Elizabeth Warren, the unapologetic progressives who demand single payer health care and a fundamental rethinking of the government's role in the economy.

The dominant mode of thinking right now in the Democratic Party is that Hillary Clinton's major political defect was that her agenda was far too milquetoast, too moderate, too inclined toward solutions that uphold the status quo and the market economy.

And regardless of your politics, there's a compelling case to be made for this analysis. Young voters, a block Democrats are increasingly reliant on, are broadly speaking far to the left of the elders. A majority of them now reject capitalism entirely, an extraordinary development in a country where socialism has long been viewed as an essentially alien ideology.

It's not just young voters, either: One 2016 poll showed that a majority of Democratic primary voters in every demographic group believed that socialism has a "positive impact on society." Think tanks once synonymous with Clintonite centrist liberalism, such as the Center for American Progress, are now embracing radical agendas like "a large-scale, permanent program of public employment and infrastructure investment."

Single payer has moved from an idea explicitly rejected by the Democratic nominee for president just last year to a major unifying belief for the party faithful. Moderate Democratic governors with national ambitions like New York's Andrew Cuomo are busy moving to the left; earlier this year, Cuomo invited Sanders to co-headline a rally pushing a new free-college scheme in the Empire State.

But this phenomenon isn't limited to Democrats. Donald Trump himself, on some level, understood that Republican voters had lost faith in the GOP's economic agenda, and ran successfully to the left of it in the primaries. Trump's message, at its heart, was decidedly statist in nature, calling for more government intervention to restrict global trade and rebalance the economy in favor of the little guy.

Trump said the rich should pay more in taxes, praised national health care systems abroad, and not so subtly embraced themes of class warfare at every opportunity. He was rewarded for these deviations from conservative orthodoxy with the Republican nomination, easily defeating champions of small government like Marco Rubio and Rand Paul.

For whatever reason, Trump promptly forgot about the populist agenda that took him so far once he got into office. As Mitch McConnell put it last week, "If you look at what the president is actually for, it strikes me as indistinguishable from what a President Jeb Bush or a President Marco Rubio would have been advocating: deregulation, tax reform, repeal and replace of Obamacare, judges like Neil Gorsuch."

From a political standpoint, the results of this rightward pivot have been disastrous politically; Trump grows more and more unpopular, and his domestic agenda is already stalled, in large part due to his newfound fealty to traditional small-government conservatism. Should the GOP find a way to actually pass a health care overhaul before the midterms, it will likely be something far less market-friendly than orthodox conservatives desire. The same goes for tax reform, i.e., lowering taxes on top earners, a policy plank most Republican voters have long since soured on.

The biggest caveat to all this is that Democrats can still manage to screw this all up. Facing a decidedly unfavorable Senate map in 2018, and so far unable to win any of the special elections this year, it's too much to say that that party's fortunes are yet on upswing.

They also must avoid the temptations of cultural elitism and identity politics that turn off otherwise progressive voters, particularly in the South and the Rust Belt. This will be particularly difficult on the national level; finding candidates skillful enough to navigate the divide between cosmopolitan big cities and the rest of America is no easy thing.

Still, it's hard to escape the sense that the left is on the verge of a big moment in this country, one not seen since at least the 1960s. It could all fizzle out for one reason or another. But right now, there aren't many reasons to think it will.