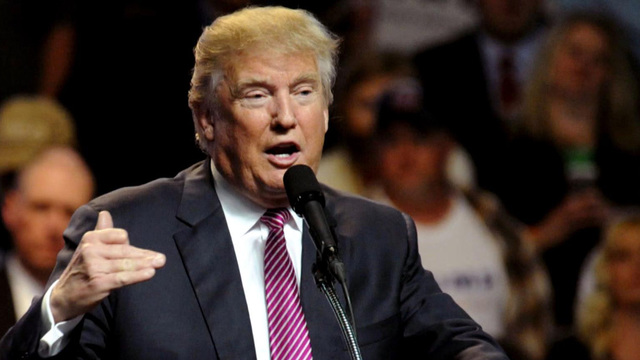 On the left, and among Donald Trump's conservative critics, a new debate has emerged: is the media to blame for the businessman's rise, or are Republican primary voters simply "idiots," as New York Magazine's Jon Chait argued recently, and unable to recognize a con-artist when they see one?

This is a false choice. There are plenty of factors that went into Trump becoming the presumptive GOP nominee, and the incessant media coverage of his every utterance and movement probably contributed to his sky-high negatives. But it's unserious, not to mention smug, to assume that Trump has been playing all of his Republican supporters for dupes. You don't need to worship Trump to vote for him. You don't even have to like him, or think he's always honest, because these are not the factors at the heart of Trump's appeal.

Consider this from Michael Cooper, a writer, attorney, and liberal Democrat who lives in rural North Carolina. "My Republican friends are for Trump. My state representative is for Trump," he wrote in U.S. News in March. "People who haven't voted in years are for Trump. He'll win the primary here on March 15 and he will carry this county in the general.

His supporters realize he's a joke. They do not care. They know he's authoritarian, nationalist, almost un-American, and they love him anyway, because he disrupts a broken political process and beats establishment candidates who've long ignored their interests."

This, I think, nicely sums up the core of Trump's support. Yes, there is a cult of personality around the candidate, and some of his backers do seem to think of him as a man who can do no wrong. But the breadth of Trump's support alone indicates that we're dealing with more than just full-fledged #TrumpTrain devotees. We're also dealing with the people Cooper writes about, the ones who aren't so enthralled with the man himself but recognize him as a change agent.

And the truth is that a President Trump would, of course, be a change agent. A Hillary win would likely take us to something like the pre-Trump status quo ante, which is one reason why so many D.C. and Wall Street Republicans will wind up supporting her -- they'll still know how to play the game in a second Clinton presidency.

A Trump victory, meanwhile, will undoubtedly lead to profound upheaval in our political system. The policies he'll pursue in office are still something of a mystery, but due to his lack of a real, grounding political philosophy, we can assume that he'll embrace positions to both the right- and left-of-center.

In effect this would be something like a third party in American politics, and one in control of the White House no less -- a Party of Trump, which will find itself at odds with both stalwart conservatives like Ben Sasse and progressives like Elizabeth Warren. Occasionally he'll find common cause with one side, and sometimes with the other. You could even see him putting together odd bedfellows like Sherrod Brown and Jeff Sessions to pass new restrictions on trade. Any way you look at it, he would scramble everything we know about American politics.

You can argue that the changes that Trump would bring to this country would be disastrous, or that he's morally and intellectually unfit for the office. But the one safe bet we have about a Trump presidency is that it would provoke a realignment in our politics and bring about an end to the elite governing consensus of the last several decades. America's many establishments -- Republican and Democrat, liberal and conservative - would all suddenly find themselves on the outs.

The Democrats have signaled that they'll run on the idea that a Trump presidency is just too "risky" and "dangerous." But that shows a real misunderstanding of his appeal as a candidate. The subtext of every Trump rally is basically take this risk, take this gamble -- it may all end in tears, but it's worth a shot.

America isn't working anymore, his argument goes. It's not working for Americans, Americans know that, and all those smug elites are to blame. How do we fix that? Hard to say: Trump, remember, has a habit of contradicting himself within the same sentence when answering questions about his policy specifics. But step one is blowing up the system, and that's exactly what Trump is promising to do.

Is it childish to want the political system to be completely upended even if the consequences might be disastrous? Maybe. But in a country where a plurality of Americans think that "people like them" were better off 50 years ago, at least according to a recent Pew survey, it should also be expected. We can dismiss Trump's voters as low-class, knuckle-dragging racists who deserve, in some sense, to suffer. But that wouldn't be wise from a governing standpoint or, for Trump's opponents, a tactical one.

If you think that Trump's voters don't get what's best for them, then it's up to you to sell them on why they're wrong -- to make the case that free trade leads to cheaper, better goods for everyone, that immigration greatly benefits the economy, that a "Muslim ban" is immoral and would only help groups like ISIS. That the system, for all its faults, can still be reformed, and that allowing Trump to raise hell in Washington will only make his supporters' lot worse.

But to just dismiss them as "idiots" is, well, stupid. It plays into his hands; it justifies the anti-elite impulse he's exploited. The consensus among all the poll-watchers and data-heads who have consistently underestimated Trump from the onset is that Hillary is all but certain to win in November. And they might be right. But if Trump pulls off the upset, the smugness and lack of empathy that defines too many of his detractors will be in large part to blame.