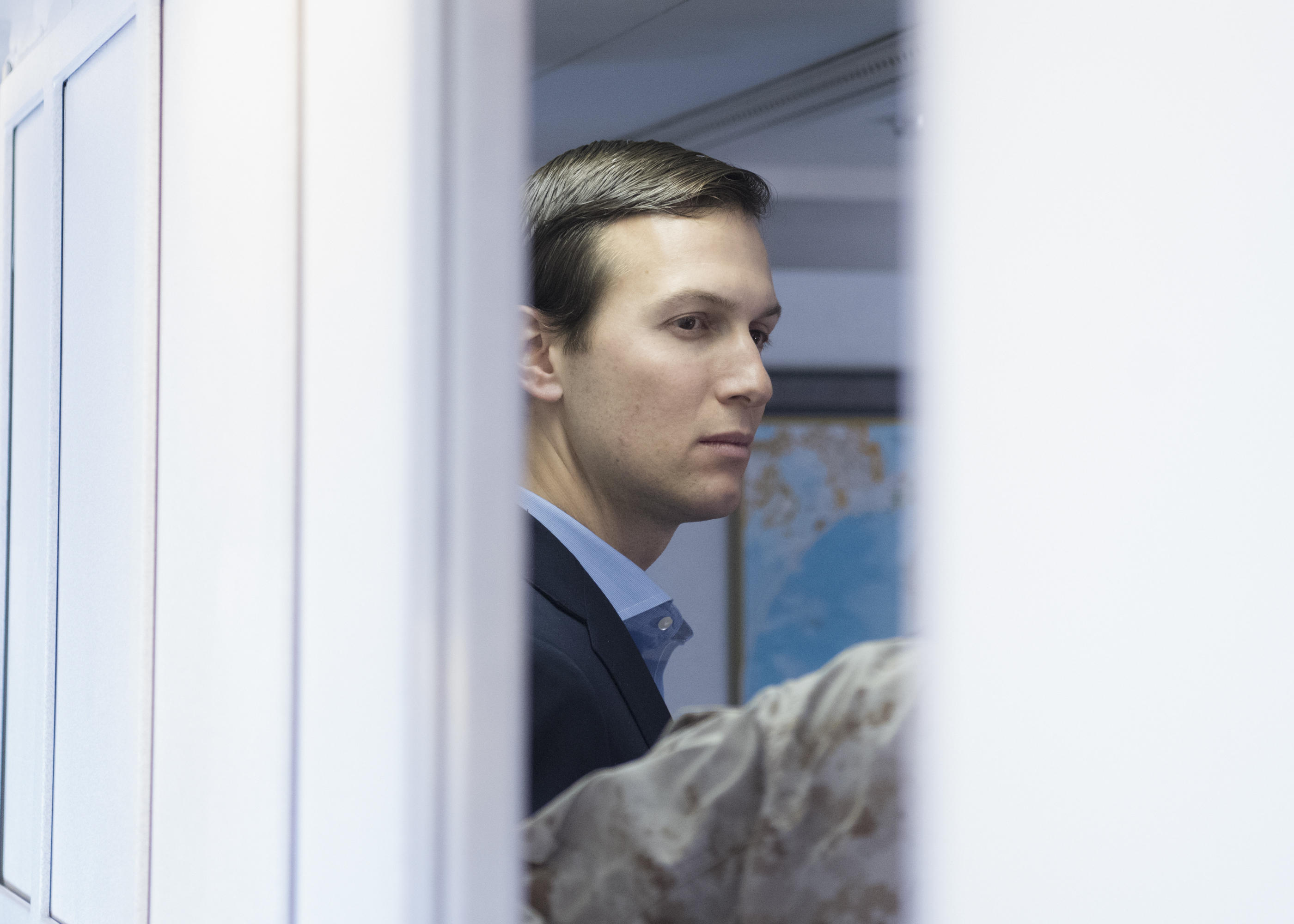 The White House, to hear some close to the administration tell it, is now Fort Apache: Nobody is getting in, and nobody is getting out. No one is going to join -- and no one can leave.

We've heard the stories of experienced and established Republicans who would normally jump at the chance to work in a GOP administration deciding to sit this one out. They're staying clear of the anarchy of Trump world, at least until it finds a way to right itself. They don't want to deal with all the drama that exists in this White House, particularly with a special counsel investigation already underway. They don't want to be mocked, to be laughed at, to lose all their liberal friends just to board a ship that keeps taking on water. They don't want to put their long-term reputations at risk.

The flip side of this story is Jared Kushner, a guy eyeing an exit door that he must know is sealed. "Some colleagues have started to wonder if he and Ivanka will return to New York for this school year, at least a year ahead of plan," Axios' Mike Allen reported last week. "But we're told he has made no moves to do that. Others note a change in his demeanor amid the growing Russia probe: less swagger, more concern."

The hope among Jared's crew is that after a bruising few months he can repair his public profile by making headway on his Middle East peace efforts. The jokes write themselves: Why not colonize Jupiter's moons while he's at it? It must be impossible to be Jared Kushner right now. It's getting to the point where he's almost sympathetic.

He should never have joined the administration, but he probably never had much of a choice. The blatant nepotism behind his hiring was always ripe for ridicule, which is a little rich, given how Washington really functions. This is a place where a young guy on the make is hired to secure contracts with the federal agency his wife's uncle runs. Washington collectively shrugs: he's a friendly kid, well-mannered, fun company for drinks or dinner.

What makes Jared different? Isn't Jared all those things?

Republicans critical of the administration will sometimes note that flagrant Executive Branch nepotism is a Democratic habit; Jack Kennedy made his thirtysomething brother Attorney General, Bill Clinton outsourced health care reform to his wife, etc. This isn't something Republicans should do, they reckon.

But the last Republican administration was of course awash in nepotism. Dick Cheney's daughter became an assistant secretary of State, his son-in-law chief counsel for the Office of Management and Budget. Colin Powell's son was picked to run the Federal Communications Commission. Strom Thurmond's son was appointed U.S. Attorney for South Carolina at age 28. Mitch McConnell's wife, Elaine Chao, became secretary of Labor, and her top attorney there was Antonin Scalia's son. And the president himself was of course the son of another president and the grandson of a senator. This is just how it tends to work.

What makes Jared's case unique is not that he was hired by his father-in-law; it's that his father-in-law is Donald Trump, a president Washington loves to loathe. Jared's since-departed defense attorney, Jamie Gorelick, spent her life getting into the good graces of the D.C. establishment, only to have all her friends turn on her in the pages of The Washington Post when she went to work for him. Trump delenda est, and that means Jared has to be destroyed as well.

Jared's friends say he needs to stay because otherwise Steve Bannon and the nationalists will be in total control of the White House. This is certainly the message Jared tries to communicate when he's out with Ivanka in the Hamptons: Listen, I get it, but you want us on that wall, you need us on that wall, because we're the only sane ones.

But there are other pressures to remain aboard. His departure would be covered as a scandal. It would make him even more of a target, at the leaking-mercy of all those who stayed in. Trump doesn't want any staff shake-ups right now. Nobody inside thinks Reince Priebus is doing a good job, sure, and that's a situation that can be resolved when the siege is lifted. Until then, he stays, Sean Spicer stays, there is no exit, there is no escape.

And what is waiting for Jared outside Fort Apache, anyway? He can't just click his heels and go back to the Upper East Side – he's in as deep as anyone else. Old friends will keep him at a distance. His family's company is in trouble. His kids won't be shoo-ins anymore to Brearley and Dalton and the other top Manhattan private schools. The world he left behind will exact its revenge for helping put That Man in the White House. He'll be viewed as one of history's losers.

So what can he do? Try for a miracle in the Mideast. Help shepherd along Ivanka's pet programs like paid family leave. Keep getting the word out that he's trying his best, that he's trying to fix it, that he really had nothing to do with this Russia business. Perhaps a newfound humility sets in to replace the swagger, and his friends can assure everyone that he's grown as a person through this crucible. Our elites love a good humbling, and can become favorably disposed again to its recipients.

Henry Kissinger, someone who knows a thing or two about what happens to elites when they join a hated Republican administration, and how they can resurrect their reputations, compared Jared to Icarus in Time Magazine after the election. It's an apt, if rather obvious, metaphor for a man, not yet 40, who until recently looked like he could be the central force in a transformative administration.

Now that man gazes out longingly beyond the walls of Fort Apache. Eventually he'll make his way to the other side, perhaps in glory, perhaps in handcuffs. And late at night now, just months after his life's great achievement, he must wonder if there will be anything left for him when he gets there.