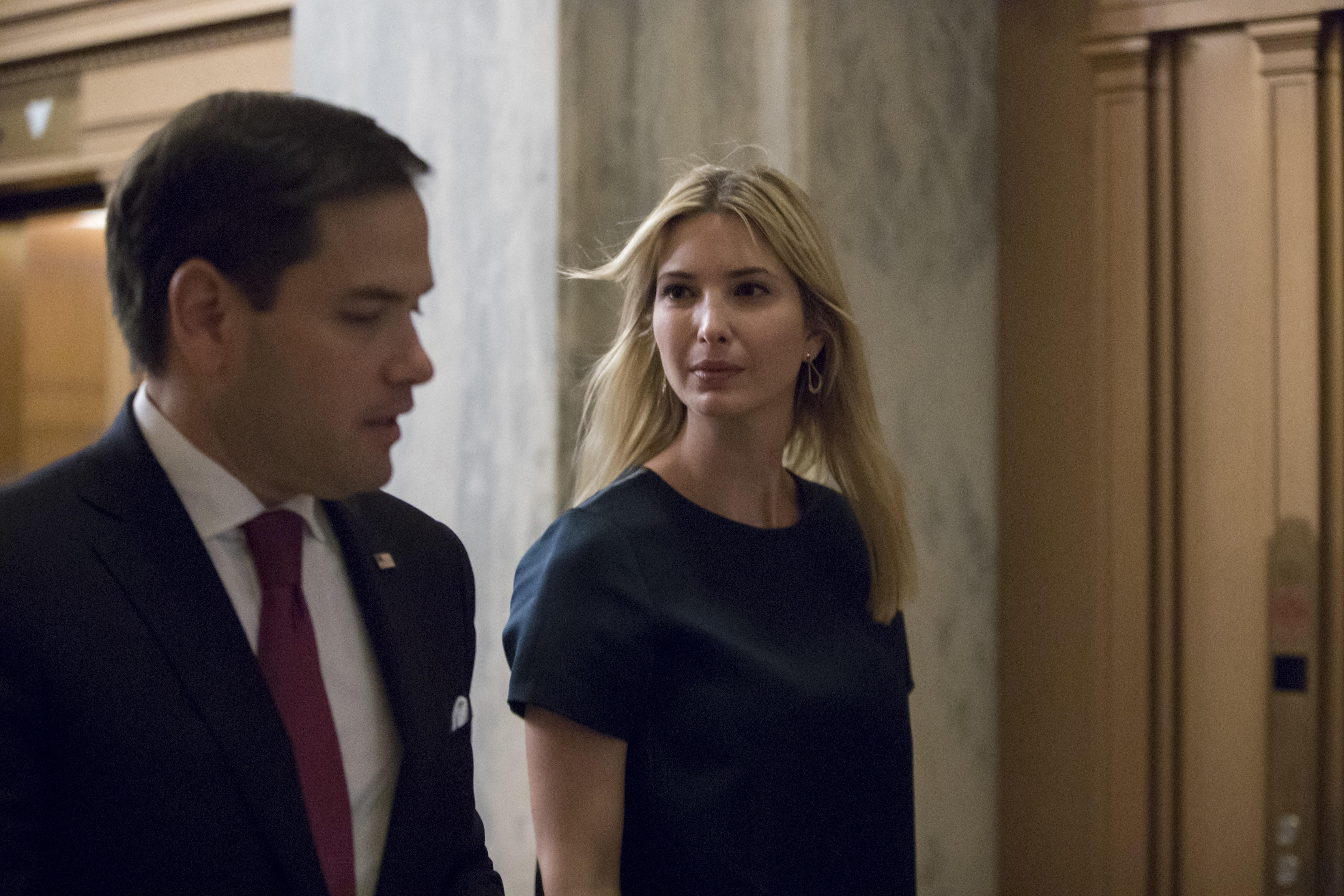 Facing a standstill on what she has cast as her signature issue, Ivanka Trump put forth a public defense of her $25 billion dollar paid family leave proposal on Tuesday.

Responding to criticism of the proposal by the Wall Street Journal's editorial board, Trump penned an op-ed for the paper that argues that the program is not an entitlement but "an investment in America's working families."

"The policy outlined in the administration's recent budget proposal emphasizes the need for mothers and fathers to have access to paid leave to encourage both parents to share parenting responsibility and to strive toward minimizing hiring biases," Trump writes.

The proposal, which is included in the Trump administration's budget, calls for six weeks of mandatory paid leave after the birth or adoption or a child. States would finance the plan through their unemployment insurance programs.

The paper's May 26th editorial, "The Ivanka Entitlement," contends that her paid family leave programs "sounds unobjectionable but the details are messy" and that the government should not be charged with implementing such a plan.

Referred to as "Mr. Trump's proposed political redistribution," the Editorial Board argues that it could ultimately "create another disincentive for work and advancement that traps families in poverty."

Trump, however, maintains that national paid leave benefits should be a spring board for policies of the private sector and state governments. She also argues that the plan increases workforce participation amongst women -- "an important driver of middle class-incomes" — and therefore encourages economic growth.

Trump, who recently told Fox News that she tries to "stay out of politics," attended meetings on pro-family tax reform with Republican members on Capitol Hill at the end of June in an effort to lobby lawmakers who have been resistant to supporting her mandate.

Rubio has yet to endorse Trump's plan.