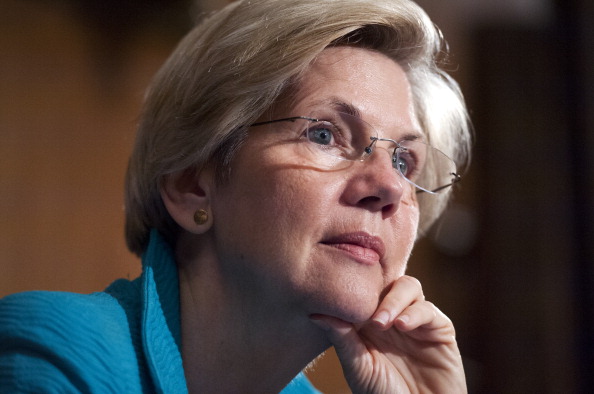 Warren asked if it's true that Trump wants to abolish the federal minimum wage, but then Trump later said she "lied" when she said that, and suggested he would ask for an increase.

The Massachusetts Democrat also asked if he "raked in millions scamming students with Trump University" and if he would "absolutely" repeal the Wall Street reform law Dodd-Frank.

Trump responded, calling her an "ineffective senator" and "goofy."

He also mocked her claims to Native American heritage.

It's the second time in the last week that the two have fought on Twitter.

In an interview with Mic, Warren declined to say whether she would consider being Hillary Clinton's running mate in the general election.

"I love my job. I'm here in the United States Senate doing exactly what the people of Massachusetts sent me here to do," she said when asked if she would consider serving as Clinton's vice president.