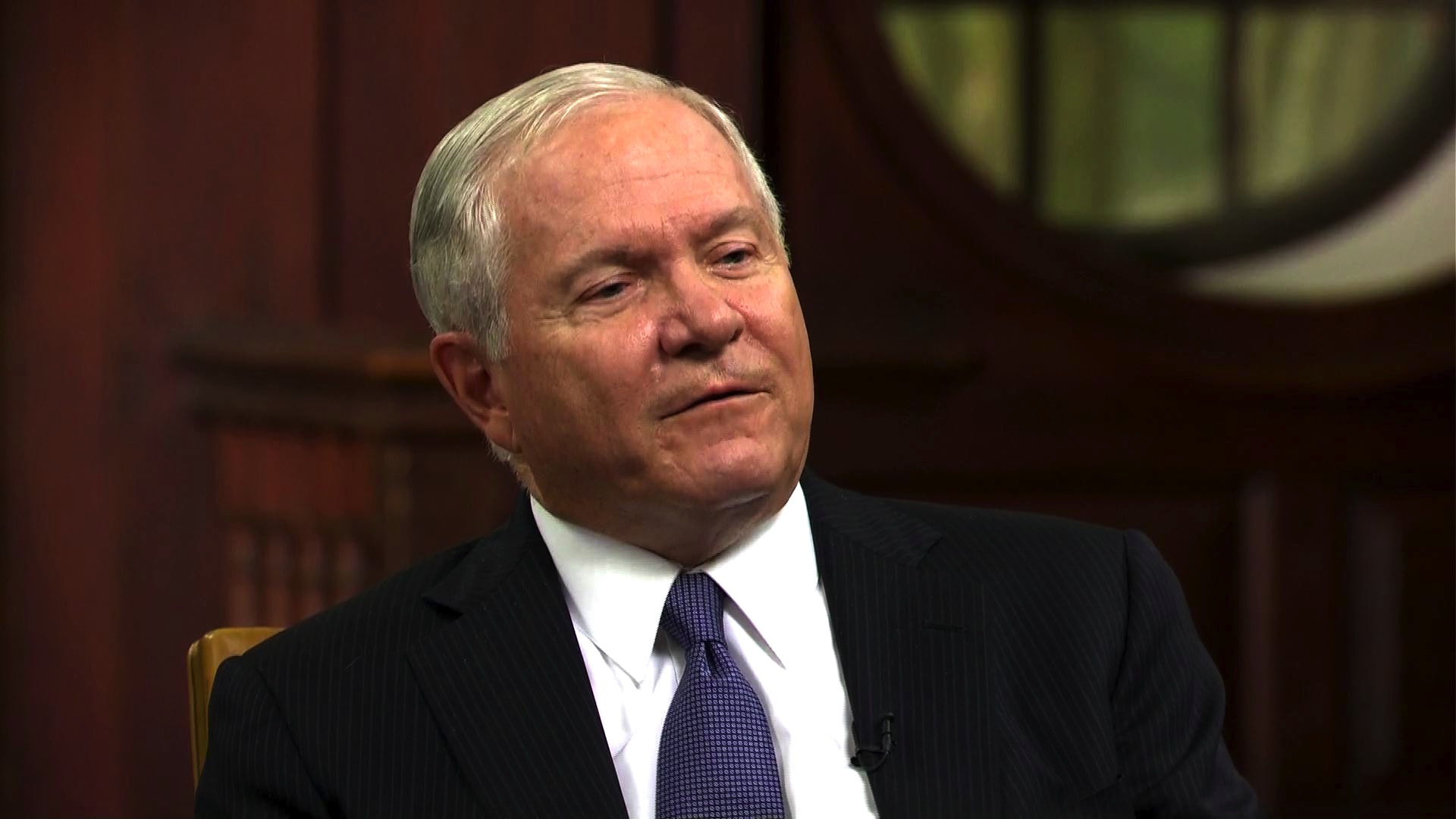 Former Defense Secretary Bob Gates has worked with eight presidents, Republican and Democrat--and the biggest difference between them and presumptive GOP nominee Donald Trump is that they all were "willing to listen," he said in an interview airing Sunday.

In working for presidents as ideologically diverse as Gates has--from Jimmy Carter to Ronald Reagan, and George W. Bush to President Obama--Gates said all of those men were willing to accept advice from others.

"The difference is each one of those presidents, as strong-minded as each of them was, understood he did not have all the answers and surrounded himself with experienced, thoughtful people who would give good advice," Gates said in an interview at William & Mary in Williamsburg, Va., with moderator John Dickerson of CBS' "Face the Nation." "And they were willing to listen."

Trump, though, has a go-it-alone mentality that could be harmful if he's elected president, Gates said.

"I guess one of the things that makes it challenging for me is that he seems to think that he has all the answers and that he doesn't need advice from staff or anybody else," he said.

Gates outlined his concerns with Trump's positions on national security issues, as well as his temperament.

"Well, I have some real issues with things he's said about national security policy and some concerns--I think there are some contradictions," he said.

Gates specifically referenced Trump's stance toward China, as well his plan to defeat ISIS and his past praise for Russian President Vladimir Putin.

"You can't have a trade war with China and then turn around and ask them to help you on North Korea," he said. "I have no idea what his policy would be in terms of dealing with ISIS. I worry a little bit about his admiration for Vladimir Putin."

Gates said he doubts that he could ever serve in a Trump administration. "I learned a long time ago never to say never, but let's just say that would be inconceivable to me," Gates said.

Another reason Gates may be reluctant to commit, however, is his age. "Before the election, I will be 73, and let's just say I have stopped working on my resume," he said.

Asked about Trump's proposed Muslim ban--which the candidate has attempted to walk back in recent days--Gates said it may be a "great sound bite," but in reality is is "unworkable" and "contrary to all of our values."

"We've never done anything like that in our whole history, of singling out a religion and saying, 'The criterion for you getting in or out of this country is your religion.' But besides that, how do you tell?" he asked. "You don't -- are we going to start marking religion on passports? There's some precedent for that and it's all ugly. Are we going to have an interview? I mean, you or I could be Muslim. And are we going to get through that filter? Are they going to actually ask people what their religion is at the border?"

Dickerson asked Gates about the recent New York Times profile of deputy national security adviser Ben Rhodes, which described Rhodes' work in selling the Iran deal to the public, which implied he might have misled people in the process.

"Well, I didn't have that sense. I thought some of the things the White House was saying, in terms of believing that lifting the sanctions could over time lead the regime and Iran to change its stripes and become a normal country, if you will, I always thought that was a stretch," he said. "But I didn't have the sense that people were being manipulated. That was news to me from that article."

He said Obama himself is very open to hearing "honest" opinions, even if they're different than his own.

"I found President Obama very welcoming of honest and candid points of view. He and I would have some very direct conversations in private," Gates said. "And he more often than not would end them, and sometimes we disagreed very strongly, and he would end them by standing up, smiling and saying, 'Are you sure I can't get you to stay another year?'"

"It was my experience in working with her that she was very tough minded. And, for example, when General McChrystal was asking for 40,000 additional troops in Afghanistan, she was very tough in support of what the general wanted. She also was an advocate for going into Libya," he said. "So I suspect, although we have not had a conversation since I left in almost five years, I would suspect that generally speaking, she is more hawkish than President Obama."

And asked if Clinton can handle the job of the presidency, Gates replied: "Yeah."

"I think it also depends in her case, who is she going to surround herself with? And what are the policy options she's going to pursue?" he continued. "What are -- what would be her alternatives in places like Syria and with ISIS and how to deal with Putin and the Chinese and so on? And we just haven't heard much of that."