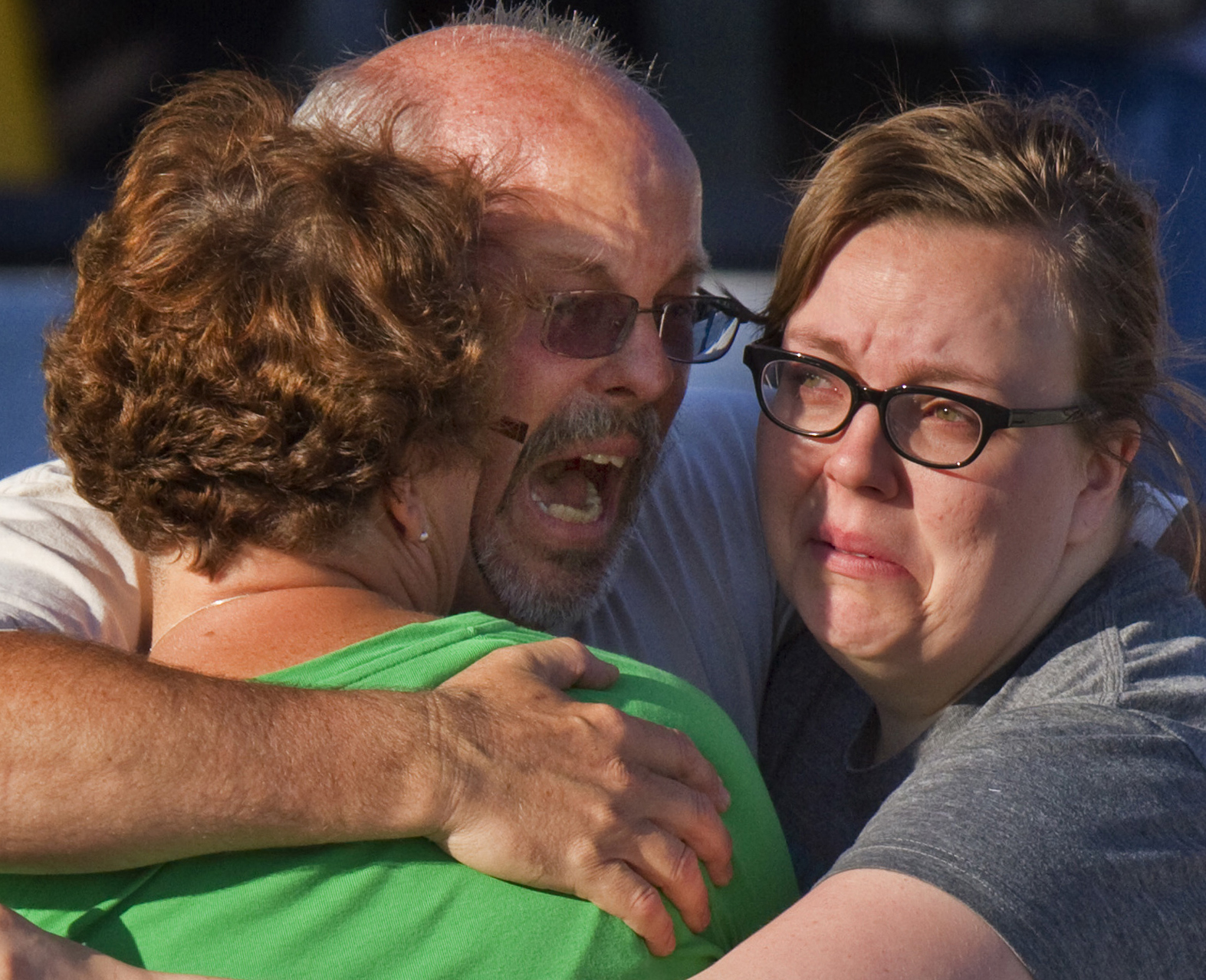 CENTENNIAL, Colo. -- Jurors struggled to hold back tears Tuesday as a grieving father described how he returns now and then to the Colorado movie theater where his son was murdered.

Tom Sullivan's voice wavered as he described how his family looks for the very spot where his son Alex was killed while celebrating his 27th birthday and first wedding anniversary.

District Attorney George Brauchler said Sullivan's story -- and the stories of other survivors -- show that death is "the only appropriate sentence" for James Holmes for murdering 12 people and trying to kill 70 others at the premiere of a Batman movie three years ago.

Defense attorney Rebekka Higgs' voice cracked as she insisted that the crimes were caused by the psychotic breakdown of a mentally ill young man. She said life without parole is the morally appropriate response. Higgs warned the jurors that "each of you will have to live with your decision for the rest of your lives."

"We will ask that you not answer death with death," she said.

Tom Sullivan had shared his grief in public before, three years ago, when he begged a group of reporters for help as he frantically tried to find his son in the aftermath of the attack. A news photo captured his trauma, becoming one of the searing images many remember from that day.

"I said I can't find him, I said I don't know where he is, I said can you please help me.... It's his birthday, for God's sakes," Sullivan recalled on the witness stand. One juror dabbed her eyes and another squinted hard, fighting back tears.

Other survivors told of holes left in their own lives.

Amanda Medek testified that she still can't enter a movie theater. She recalled frantically searching hospitals for her little sister Micayla before officers appeared at her parent's home with a picture of her. "All I remember is my knees buckling and slamming into the concrete floor," she said.

Micayla was "filled with love," she said. "Kind, sweet, innocent. She was a kid. She was just about to be a college kid. She was young. She was never in love. She never got to have a family."

Mary Theresa Hoover glared briefly at Holmes as she took the stand, and then recalled her 18-year-old son, A.J. Boik. A.J.'s brother is grieving quietly, she said.

"I am now a single mother of one child," she said. "I have lost half of what I was put on this Earth to do."

CBS News correspondent Barry Petersen, who is covering the trail, reported that Boik was set to begin courses in ceramics at a local arts college the day after the shooting.

Some of the victims' relatives described repeatedly calling their missing loved ones' cellphones the night of the shooting, desperately hoping to hear they were alive. That mirrored the earlier testimony of police officers, who said abandoned cellphones rang inside the theater for hours after the shootings.

The defense declined to question any survivors Tuesday. Tamara Brady, one of Holmes' lawyers, told Judge Carlos A. Samour Jr. they probably would not call any witnesses of their own.

Prosecutors were expected to have more victims' family members testify Wednesday. The last round of closing arguments could take place Thursday, and deliberations could begin Friday, attorneys on both sides said.

The same jurors who will decide whether Holmes gets life without parole or a lethal injection already rejected his insanity plea.

Samour told jurors not to be swayed by the emotional nature of their highly charged testimony. "Your decision must reflect your individual reasoned moral judgment," he repeated.

Even one juror's objection to capital punishment will mean life without parole, the judge said, but any mercy or sympathy for Holmes must be based on the evidence.

On the other hand, "no juror may make a decision for the death penalty unless the juror is convinced without a reasonable doubt that death is the appropriate sentence," the judge said.