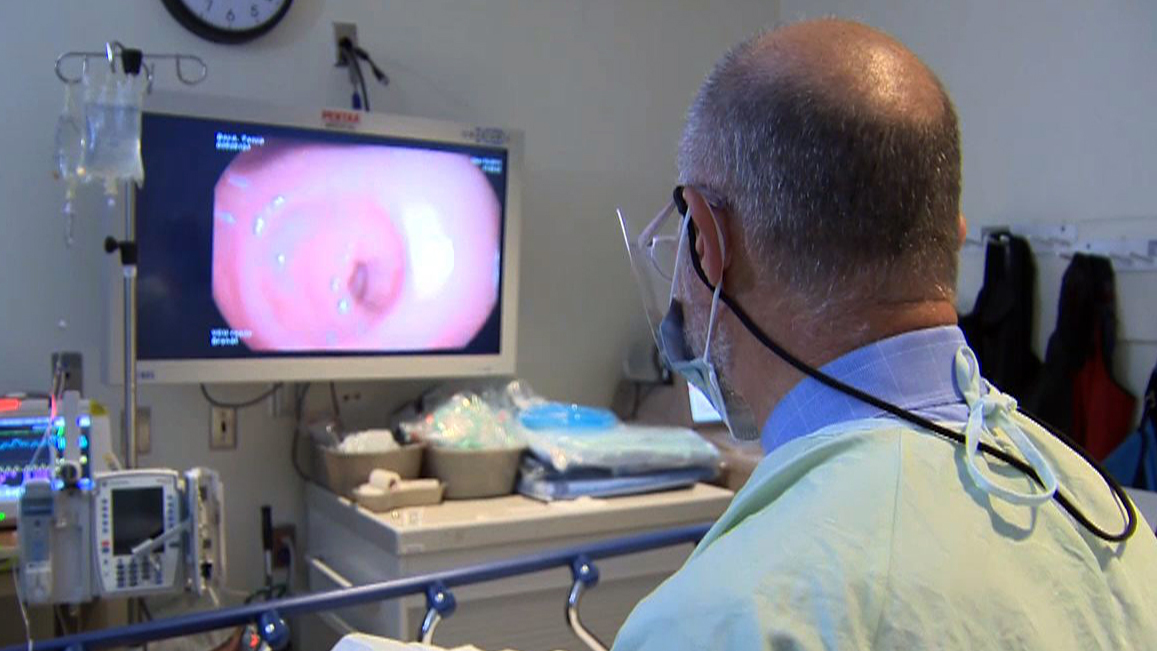 Colon cancer rates have fallen a dramatic 30 percent in the past decade, thanks in large part to an uptick in Americans getting colonoscopies, according to a new American Cancer Society report.

Researchers estimated that in 2014, about 72,000 men and 65,000 women will be diagnosed with colon or colorectal cancer. Those rates represent an overall 3.4 percent per year decline in cancer cases from 2001-2010.

The report also found roughly 26,300 men and 24,000 women will die of the disease, which amounted to a 3 percent per year decline in mortality rates over that 10-year time period. In the 1990s, colon cancer death rates dropped about 2 percent per year.

"As a gastroenterologist I am blown away by these statistics," said CBS News chief medical correspondent Dr. Jon LaPook, who practices medicine at NYU Langone Medical Center in New York.

What's behind the bigger drops?

More Americans are getting screened for the third-most common cancer: Colonoscopy use has tripled among adults aged 50 to 75 years old over the past decade, from 19 percent in 2000 to 55 percent in 2010.

But that still means many Americans are not getting screened for cancer that can be prevented with help from a colonoscopy, Dr. Richard Wender, chief cancer control officer at the American Cancer Society, pointed out in a written statement. He said the numbers suggest 23 million Americans between ages 50 and 75 are not benefiting because they're skipping screening.

"It's a great public health triumph," he told CBS News. "We have a lot more work to go but we're not beginning from scratch."

The American Cancer Society hopes to raise that number to 80 percent of adults over 50 getting screened.

A colonoscopy is recommended every 10 years for adults over 50 years of age.

The new report was published March 17 in the society's medical journal, CA: A Cancer Journal for Clinicians.

A study last September found 40 percent of all colon cancers can be prevented if people underwent regular colonoscopies because they can detect precancerous polyps that can be removed by a gastroenterologist, or catch cancer early when it's still treatable.

Some people think they don't need the screenings if they aren't experiencing symptoms -- like changes in bowel habits, diarrhea, blood in stool -- but as LaPook pointed out earlier this month in his Google+ Hangout, the point of screening is to remove these polyps before they cause health problems.

Polyps, or growths on the surface of the colon, can be benign for anywhere from 5 to 15 years before becoming cancerous, he says. That means if you pluck them out at any point during this time, you dramatically reduce your risk of developing colon cancer.

"That is absolutely amazing and unprecedented," said LaPook.

The report also reflected some disparities among certain groups. Black Americans had the highest incidence and death rates from colon cancer, with black males especially having double the death rates of Asian Americans and 50 percent higher mortality rates than non-Hispanic white Americans.

People younger than 50 -- the age routine screening is first recommended -- saw a 1.1 percent per year uptick in colon cancer rates while rates dropped nearly 4 percent per year in adults over 50 from 2001-2010.

Younger adults were more likely to have cancers in parts of the colon linked to unhealthy eating -- like lots of processed meats -- and obesity.

Dr. Charles Fuchs, chief of gastrointestinal oncology at the Dana-Farber Cancer Institute in Boston told USA Today, "Beyond telling people to get a colonoscopy, we need to counsel people to eat a balanced diet and exercise."