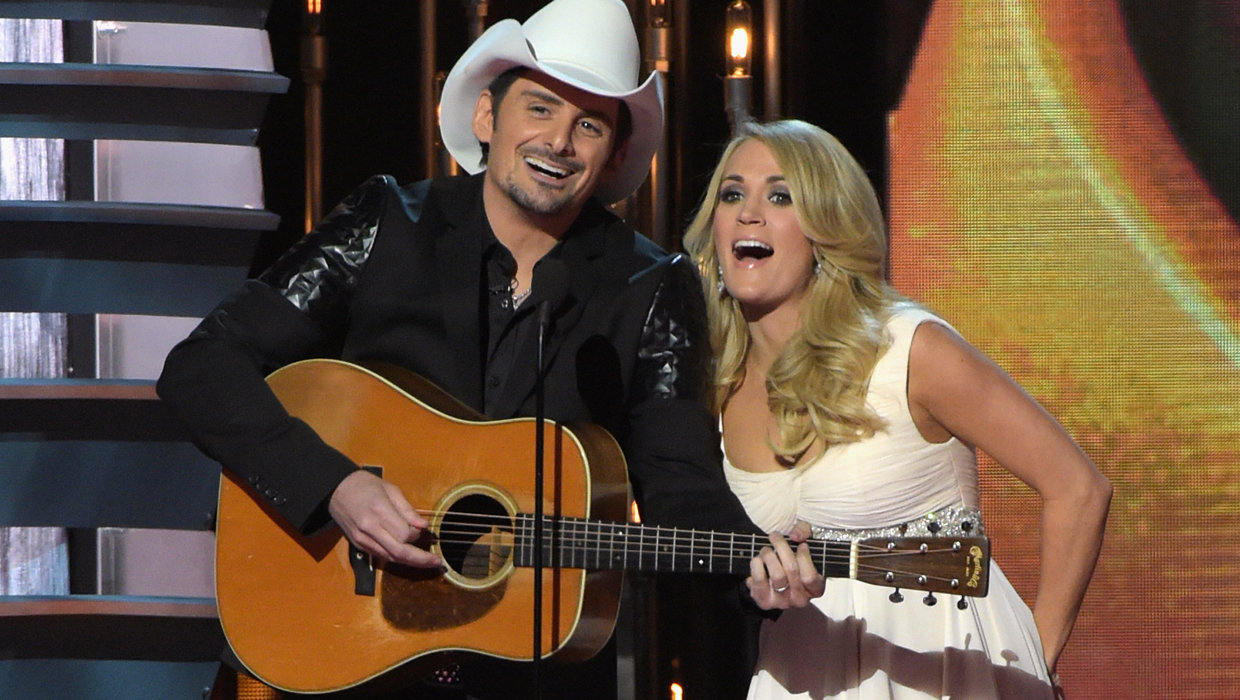 Seventh time seemed to be a charm for CMA Awards hosts Brad Paisley and Carrie Underwood.

The duo was white-hot and earned laugh after laugh for back-to-back jokes that ranged from Ebola to Taylor Swift as they hosted Wednesday's Country Music Association Awards once again.

Swift's switch to pop from country was referred to as "Postpartum Taylor Swift Disorder," or PPTSD.

"President Barack Obama doesn't care about PPTSD!" Paisley yelled. Underwood followed with: "I'm pretty sure it's why the Democrats lost the senate."

Underwood and Paisley sang a version of Dolly Parton's "Jolene," calling it "Quarantine." Paisley also earned roaring laughter when he told the audience at the Bridgestone Arena that the ABC series "Black-ish," which airs Wednesdays, would not be airing because of the CMAs.

The two also joked about the pregnant Underwood's baby bump.

"We're pregnant!" Paisley told the crowd. The joke later came full circle when Paisley spilled the beans that Underwood and husband Mike Fisher are expecting a baby boy. "You kept that secret for a whole two minutes!" she cried.

Tell us: How do you think Underwood and Paisley did as CMAs hosts?