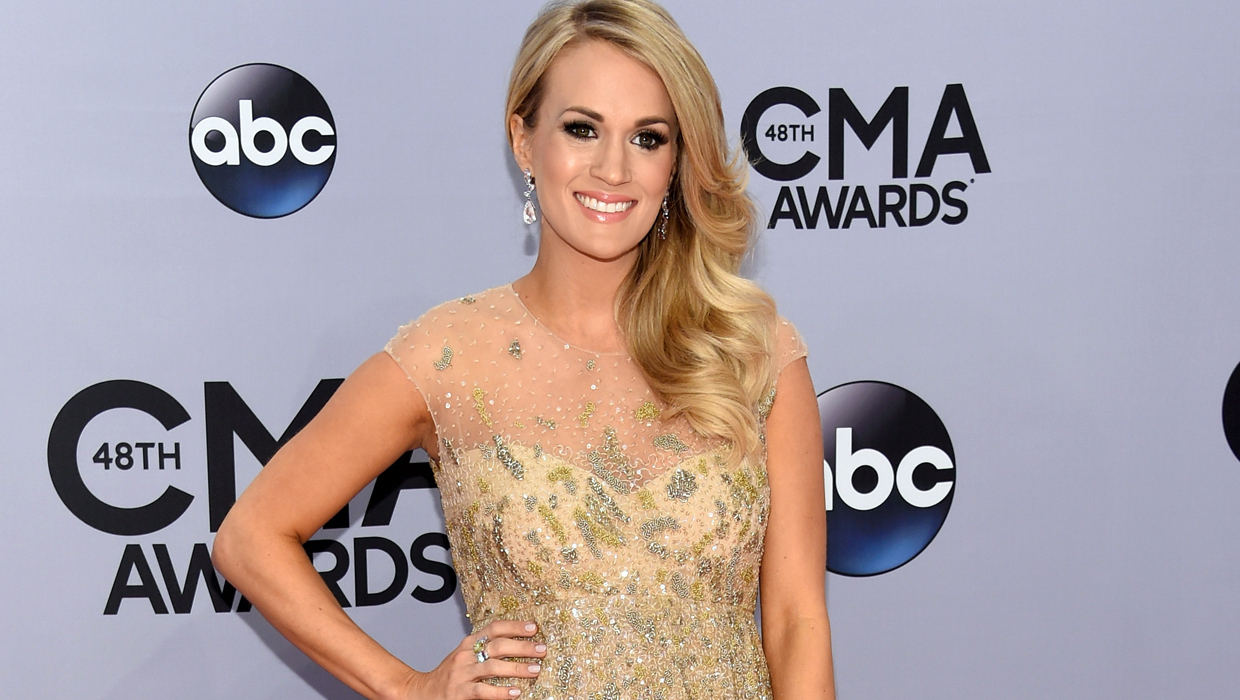 Carrie Underwood shared a big secret with Brad Paisley as the two hosted the CMA Awards on Wednesday night -- and then Paisley shared it with the world.

The pregnant singer revealed that she and husband Mike Fisher are expecting a baby boy.

"We're pregnant!" Paisley said on stage to his seven-time CMAs co-host. "Can you please just tell me what we're having?"

"I don't remember you being there," Underwood quipped, but whispered in his ear anyway.

But he didn't keep it under wraps for long. "We could name him Garth," he suggested to Underwood, referencing country star Garth Brooks.

"What are you doing?" she cried. "You kept that secret for a whole two minutes!"

Underwood announced her pregnancy back in September. The baby is due in the spring.