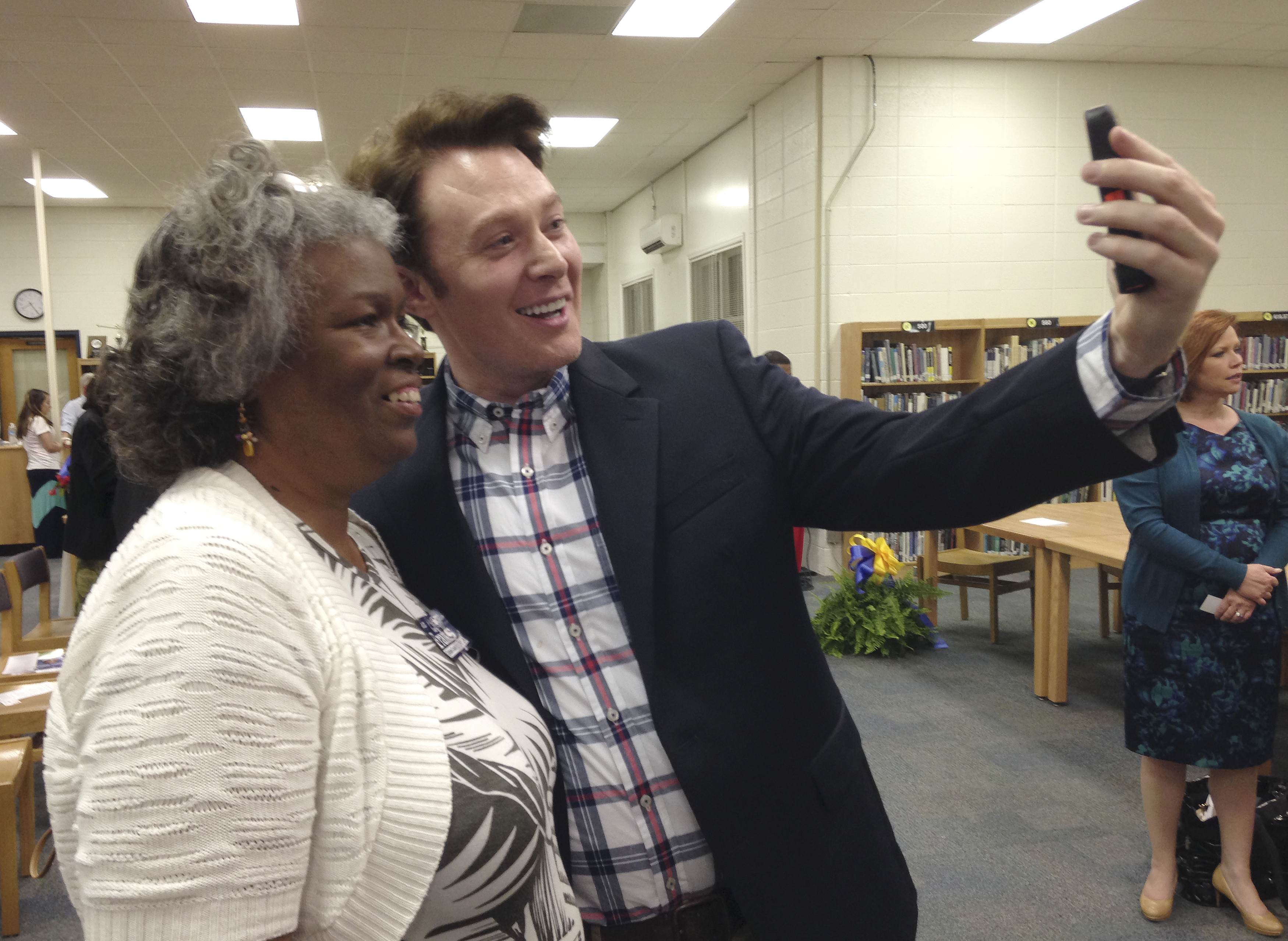 The congressional race in North Carolina's second congressional district normally wouldn't receive much national attention, except for the fact that the Democratic challenger this year is former "American Idol" star Clay Aiken.

And the Republican incumbent, Rep. Renee Ellmers, wants the audience to think of him as just that - an entertainer.

"It's almost as if, as an entertainer, you think that means we can just go in with a song and dance and change the minds of our military leaders because you're going to impress them so much," Ellmers said as Aiken brought up the scandal of poor care at VA hospitals earlier this year.

His response to charges that he isn't serious?

"The most embarrassing reality show right now is Congress," he said.

"I'm frustrated with this do-nothing Congress and the fact that we can't get anything done," he said."I'm running because I want to kill that culture."

The wide-ranging debate - the only matchup planned for the two candidates - covered topics ranging from health care to the economy to foreign policy.

Among the many differences on display was the issue of sending troops to fight the Islamic State of Iraq and Syria (ISIS).

"As soon as we see ISIS as a direct threat to U.S. soil, I think we need to attack in whatever way is necessary, but at this point I wouldn't support sending ground troops," Aiken said.

Ellmers, on the other hand, said she would vote in favor of sending troops if the issue came in front of the House.

"We do need to be in the world," Ellmers said. "We have to show a presence of strength to keep peace."

Although there was a major change on the issue of same-sex marriage in North Carolina Monday - the Supreme Court turned away several cases dealing with the issue, leaving in place a court ruling that legalizes it - neither candidate had much to say on the topic.

"I think the voters have spoken," said Aiken, who is gay. "That's certainly not why I'm running."

Ellmers reiterated her belief that marriage is between one man and one woman, but, according to the Raleigh News & Observer, said that a 2012 state amendment that banned same-sex marriages and civil unions might have been a step too far.

"I believe, especially as a Republican, that the government can be too intrusive in all of our lives," she said. After the debate, she said she is "sitting back to know what happens" regarding same-sex marriage.

Ellmers, trying to defend her seat in the solidly Republican district, also tried to tie Aiken to national Democrats, saying he would be "nothing more than a rubber stamp for Nancy Pelosi and Barack Obama" and warning about the "Obama-Aiken economy."

"To call this the Obama-Aiken economy is preposterous," Aiken said in response. "I have nothing to do with President Obama, and I can find several areas where I disagree with him."