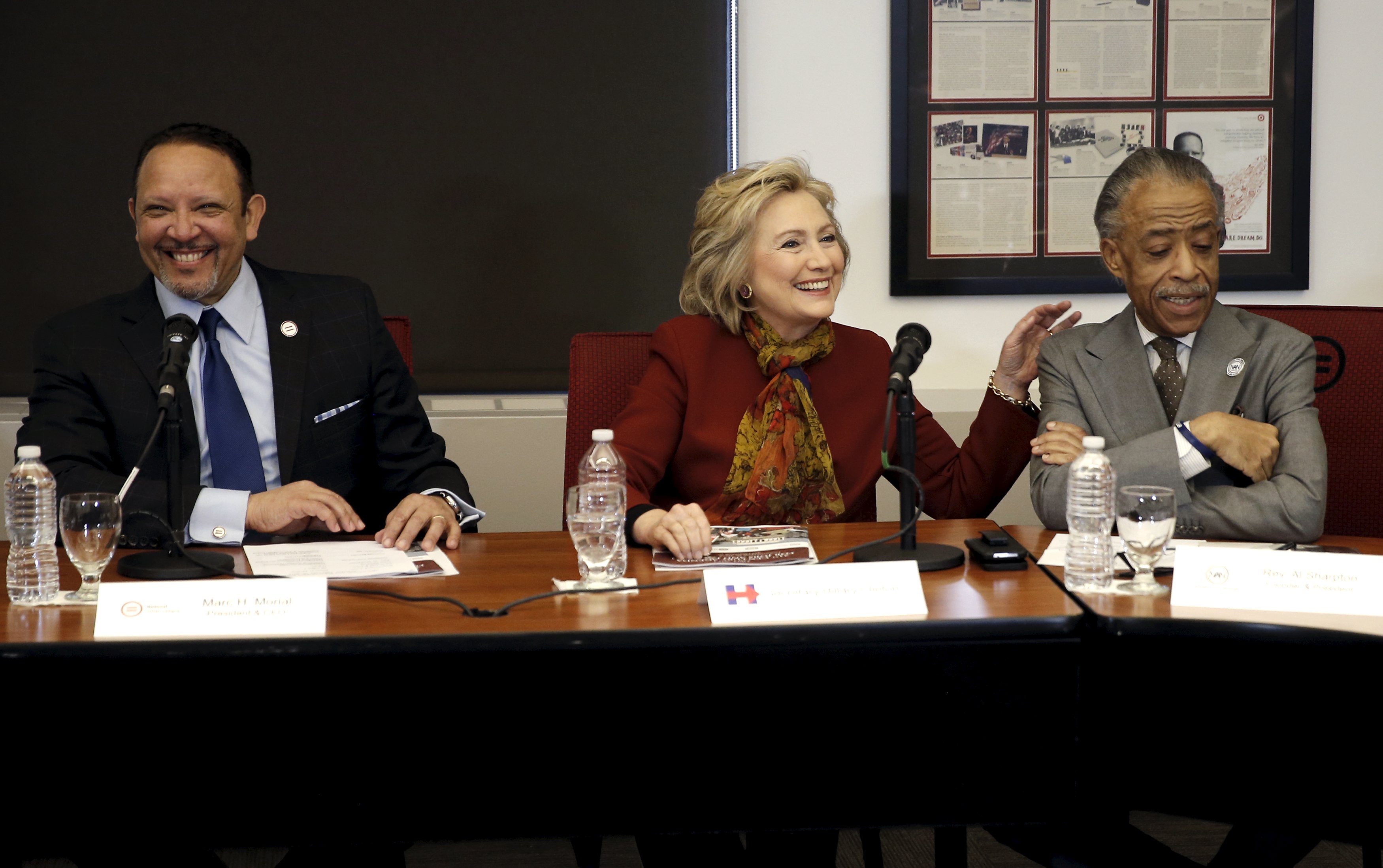 Civil rights leaders on Tuesday praised Hillary Clinton for her knowledge and familiarity with issues affecting black communities across the U.S.

Members of the National Urban League, NAACP, National Action Network and other groups met with Clinton in New York and held a press conference afterward.

"I thought that Secretary Clinton demonstrated an ease and familiarity with many of the issues we discussed this morning," Marc Morial, the head of the National Urban League, said.

Sharpton stressed again Tuesday that the groups are concerned that issues affecting black communities will leave the White House with the Obamas next January. He also emphasized that support of black voters must be earned.

"We are not a monolithic people," he said. "None of us deliver a black vote individually."

During the meeting, Clinton said that her campaign platform is fighting to break down barriers for Americans.

"What I'm trying to do in my presidential campaign, and what I would do as president is to lead a concerted effort to break every barrier that stands in the way of people living up to their god given potential," she said. "That has been my north star ever since I went to work for the Children's Defense Fund right out of law school, and it's absolutely critical to me that we look at the full array of issues that do stand in the way."

On Twitter, however, reporters posted video of a brief exchange in which Sharpton joked about whether he'd endorse Clinton, and Clinton said, "My lips are sealed."

Both Clinton and Sanders are fighting for the support of minority voters as they head into Nevada's Democratic caucus on Saturday and South Carolina's Democratic primary a week later.