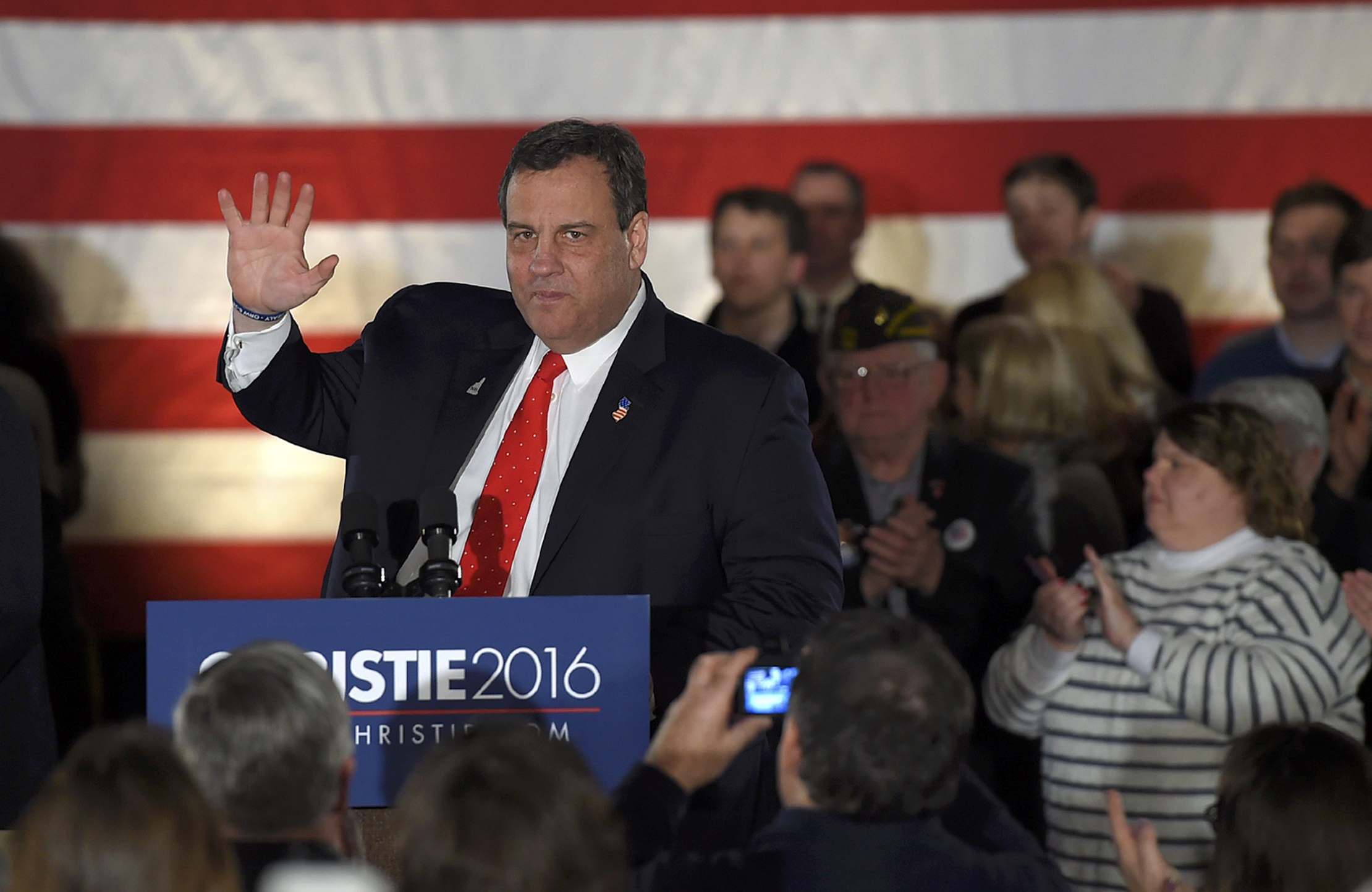 Headed toward a sixth place finish in the New Hampshire Republican primary, New Jersey Gov. Chris Christie said he and his family plan to head home Wednesday to "make a decision on our next step forward" instead of continuing straight to South Carolina.

"We're going to take a deep breath see what the final results are tomorrow...because so many New Hampshire residents came out to vote today, it's going to take a while to count these votes so we want to see exactly what happens," Christie said. "By tomorrow morning, tomorrow afternoon, we should know...that's going to allow us to make a decision about how we move from here in this race, but there's no reason to go to sit in South Carolina in a hotel room to hear that."

"We will make a decision on our next step forward based upon the results," he added.

Christie, like Ohio Gov. John Kasich and former Florida Gov. Jeb Bush, had staked his entire campaign on success in New Hampshire. He spent 72 days in the state since the start of last year, more time than any other candidate.

With 65 percent of the votes counted, he had just 8 percent -- less than Kasich, who finished in second place, and Bush, who is battling Sens. Ted Cruz and Marco Rubio for the number three spot.

Christie's speech Tuesday night sounded as if he were preparing for an exit from the race.

"I have both won elections that I was supposed to lose and I've lost elections I was supposed to win. And what that means is you never know and it's both the magic and the mystery of politics -- that you never quite know when which is going to happen even when you think you do," he said. "We leave New Hampshire tonight without an ounce of regret, not for the time we've spent, and for the thousands of people tonight in New Hampshire who will have voted for us. We thank each and every one of them."

He congratulated businessman Donald Trump, the winner of the primary, saying he "deserves congratulations" and that "the people of New Hampshire's Republican Party have spoken."

Christie also suggested that his clash with Rubio during the debate -- including pointing out his repeated use of the same soundbite -- helped stop Rubio's post-Iowa momentum.