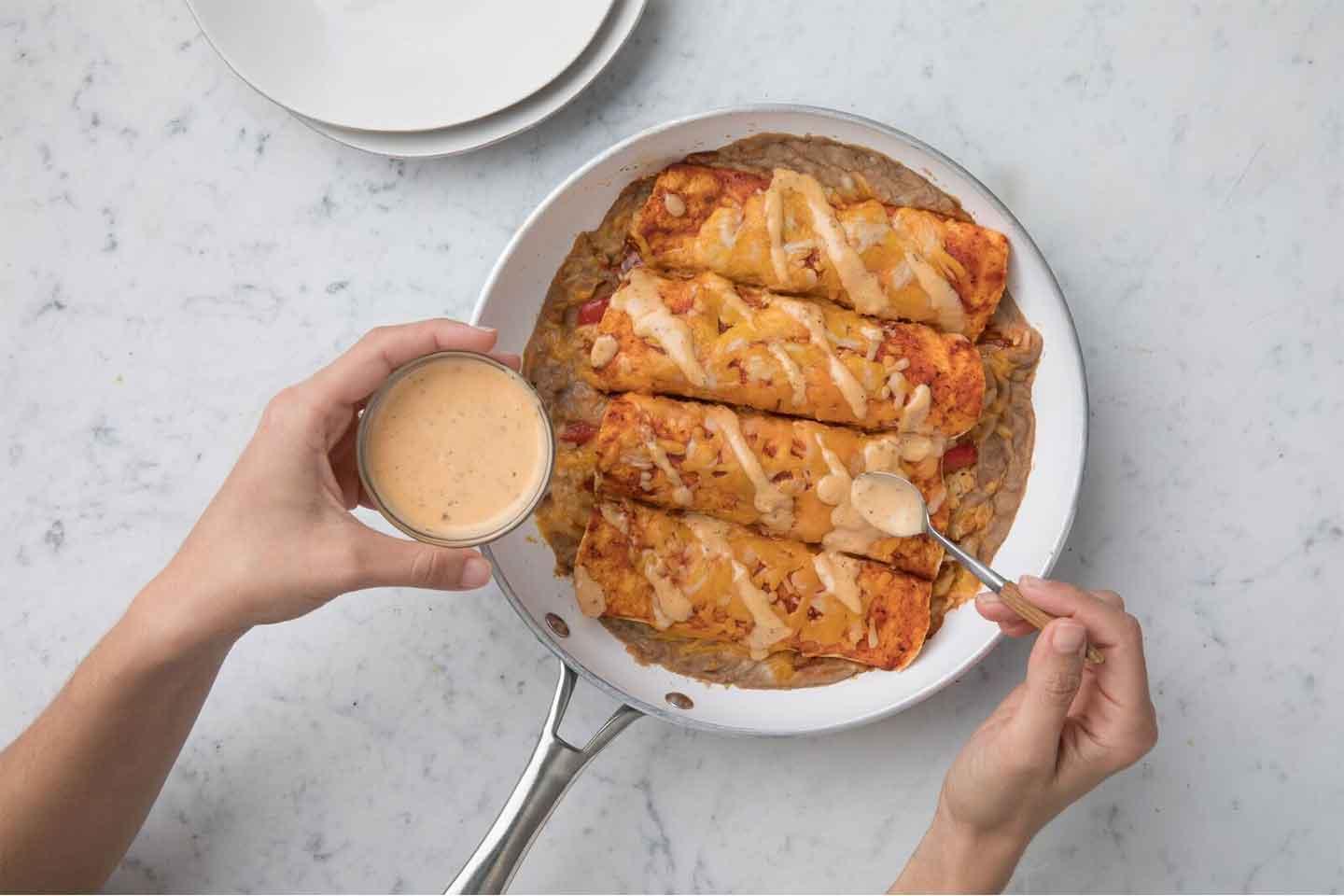 in a culinary move billed as a first for a fast-food chain, Chick-fil-A is joining the crowded ranks of companies offering meal kits for home cooking.

But unlike those sold by Blue Apron, Amazon, Kroger, Target and others, Chick-fil-A plans to pilot rotating recipes that are all about chicken, as in chicken parmesan, chicken enchiladas, dijon chicken, pan roasted chicken and chicken flatbread.

The fast-food chain will test the fowl-focused meal kits at 150 locations across the Atlanta area starting in late August, Chick-fil-A said Monday in a press release. Company chef Stuart Tracy helped develop the meal kits, which Chick-fil-A says are "easy to follow, simple to make and include the quality Chick-fil-A chicken used in the brand's famous chicken."

While chicken-centric, the recipes and pre-measured ingredients contained in the kits are all for dishes that are not on the chain's menu. Each takes about half an hour to make, the company said.

The decision to go off menu with the meal kit recipes was questioned by some Chick-fil-A followers on social media, with one fan expressing a desire to make the company's grilled chicken nuggets at home, while another posted joy at being able to eat the chain's food on Sunday, when its 2,200 outlets across the country are closed. Others expressed puzzlement at the move, with one person tweeting: "headscratch."

Depending on how the test run goes, Chick-fil-A could roll out the kits nationwide.

The meal-kit industry dominated by pioneers Blue Apron and HelloFresh has struggled with the online subscription business model as the grocery industry's insulation from e-commerce started to fray with Amazon's deal for Whole Foods. How the fast food industry fits into the picture remains to be seen.