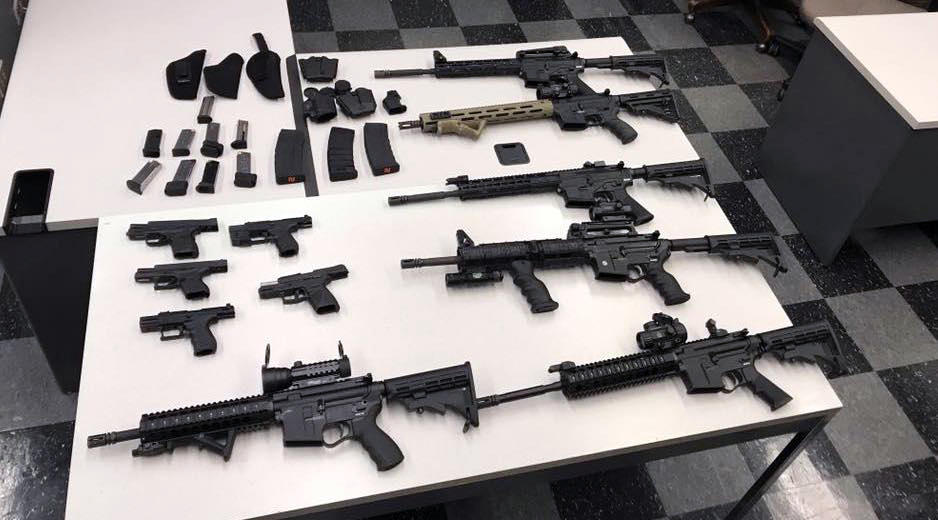 CHICAGO -- Chicago police officers have seized nearly 5,200 guns off the streets so far this year -- about 100 more than this time last year, CBS Chicago reports.

Officials with the Chicago Police Department said the city's investment in crime-fighting technology is helping officers.

Tevion Walker is one of the repeat gun offenders driving violence in Chicago, police said. The 21-year-old was arrested Friday and charged with possession of an illegal handgun.

Johnson said that Walker and other repeat gun offenders are emboldened by the lack of accountability in Illinois, and he hopes tougher gun laws will change that.

"My goal isn't to incarcerate more people. My goal is to send that message that if you pick up a gun, you'll pay the price for it," Johnson said.

Technology like ShotSpotter -- a series of microphones set up designed to detect the sound of gunshots and pinpoint their location -- is helping in some of Chicago's most violent neighborhoods, Johnson said.

"It gives us a head start into, perhaps, capturing those offenders, or at least for recovering the ballistics evidence," he said.

Johnson said the real key to solving many of these crimes is help from the community.

"The people in the neighborhoods hear and know who these individuals are, so when the neighborhoods get sick and tired of it, get fed up, and start giving us the information that we need, then we'll start seeing a reduction in gun violence," he said.

Johnson said he would also like to see tougher laws that hold people who buy guns accountable when the gun is not reported lost or stolen. He said it would cut down on people buying guns out of state and giving them to criminals in Chicago.

On Tuesday, the department posted an image of 11 weapons on its Facebook page. It said the weapons were recovered after information came in about stolen weapons being transported from Knoxville to Chicago.