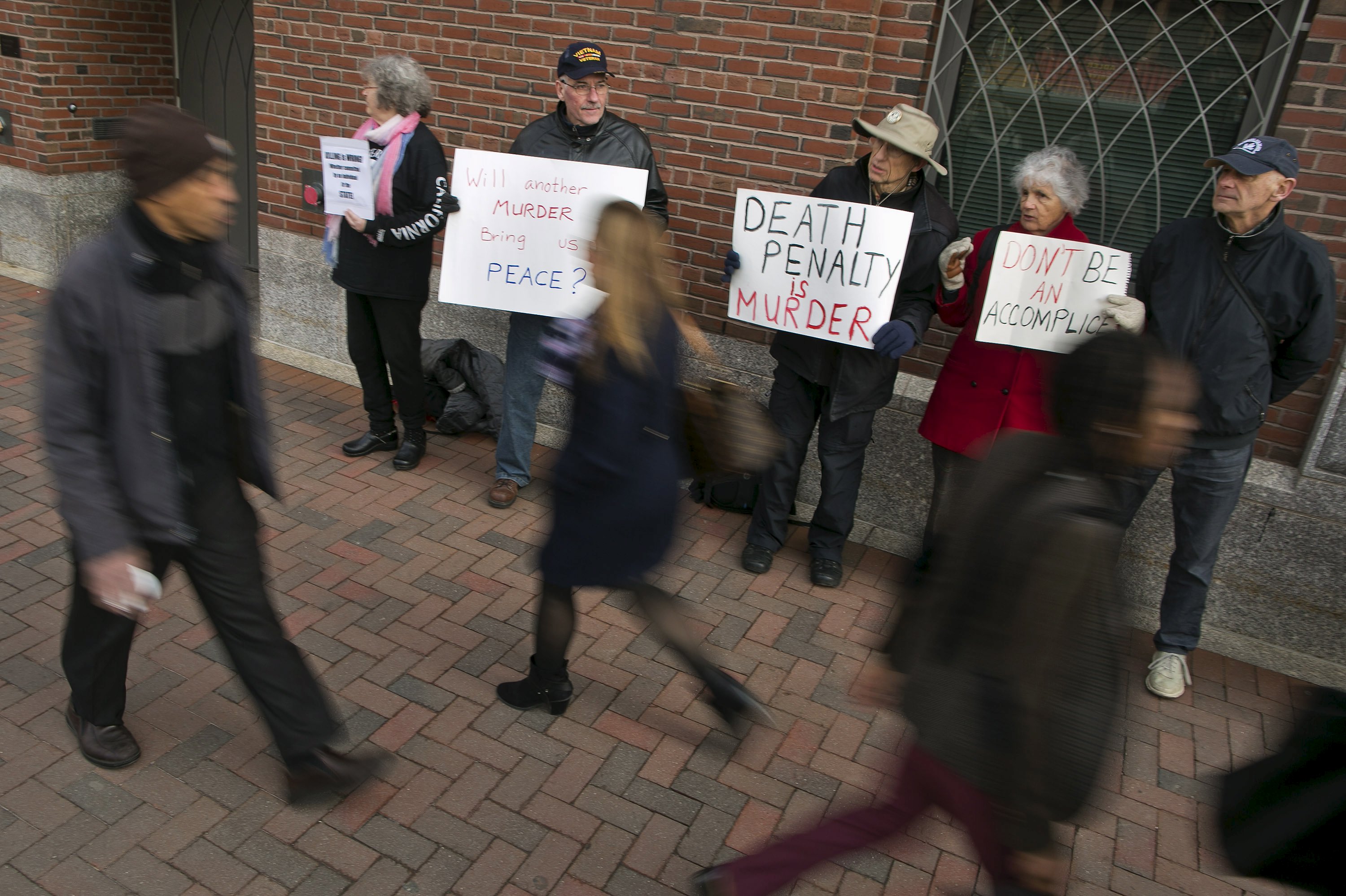 Two years after the Boston Marathon bombings and days before the sentencing phase of his trial begins, 60 percent of Americans favor the death penalty for Dzhokhar Tsarnaev, while 30 percent do not.

Most Americans support the death penalty for persons convicted of murder, but support has declined steadily since an all-time high of 78 percent was recorded by CBS News in 1988. At 56 percent, support is currently at the lowest level recorded in the CBS News Poll.

Today, fewer Americans (44 percent) think a terrorist attack in the U.S. is at least somewhat likely, compared to the number that thought so in the days following the bombing at the Boston Marathon in 2013 (66 percent).

Should Dzokhar Tsarnaev be executed?

As the U.S. marks the two year anniversary of the Boston Marathon bombings, 60 percent of Americans polled favor the death penalty for Dzhokhar Tsarnaev.

Last week, a jury convicted Tsarnaev on 30 federal charges related to the bombings and the subsequent manhunt. When asked about this particular case, 30 percent of people polled said they oppose the death penalty.

In 1997, a CBS News poll asked a similar question about Timothy McVeigh, the man convicted in the 1995 explosion at the Alfred P. Murrah Federal Building in Oklahoma City that killed 168 people.

The percentage favoring the execution of Tsarnaev is lower than it was for McVeigh, the last American citizen to be executed for an act of domestic terrorism. In June 1997, 68 percent of Americans favored the death penalty for McVeigh.

More Republicans (76 percent) favor the death penalty for Tsarnaev than Democrats (52 percent). Americans under age 30 (53 percent) are less likely than older Americans (62 percent) to think he should be sentenced to death.

Support for the death penalty

Overall support for the death penalty is lower now than it was in 1997, just before McVeigh was sentenced to death, and it has been declining slowly but steadily since peaking in the late 1980s.

Although a majority of Americans (56 percent) favors the death penalty, this represents the lowest percentage recorded in CBS News Polls since the question was first asked in October 1988.

As has been the case previously, there are clear partisan and ideological differences in how Americans view the death penalty. Republicans overwhelming favor the death penalty, and most independents agree, while Democrats are more divided. Moderates and conservatives support the death penalty, while liberals are split.

CBS News polling has found that expectations of a potential terrorist attack have sometimes risen after terror-related events. In addition to the 2013 polling after the Boston Marathon bombing, two in three Americans said a terror attack was likely in January 2010, after an individual attempted to detonate a bomb hidden in his underwear aboard an airplane. After the attacks on September 11, 2001, 88 percent thought another terrorist attack was likely.

Republicans (52 percent) are more inclined than Democrats (36 percent) to think an attack in the U.S. is likely.

Meanwhile, few Americans (16 percent) are very concerned about a terrorist attack occurring near where they live. People in the Northeast are more concerned about an attack in their area than those living in other regions of the country.

Democrats are far more likely than Republicans to express confidence in the federal government's ability to protect its citizens from a future terror attack.

This poll was conducted by telephone April 8-12, 2015 among a random sample of 1,012 adults nationwide. Data collection was conducted on behalf of CBS News by SSRS of Media, PA. Phone numbers were dialed from samples of both standard land-line and cell phones. The error due to sampling for results based on the entire sample could be plus or minus three percentage points. The error for subgroups may be higher. Interviews were conducted in English and Spanish. This poll release conforms to the Standards of Disclosure of the National Council on Public Polls.