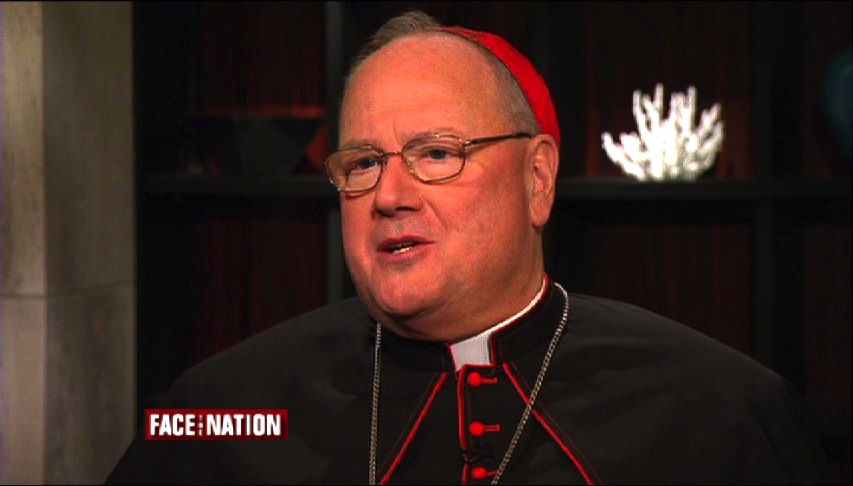 The key to Pope Francis' popularity that has won him so many fans around the world is a combination of sincerity and simplicity, said Cardinal Timothy Dolan, the Archbishop of New York, in an interview on CBS' "Face the Nation" Sunday.

"We have a world that can kind of detect frauds. We have a world that is a little tired maybe, of marketing and polls and PR stuff, and here you've got a guy who is just so genuine and sincere, he doesn't need anybody to script him," Dolan told CBS News' Norah O'Donnell. "People in general are on the side of virtue and goodness, and everything that's noble and decent in the human person. And when you see somebody like Pope Francis that can tap into that and just seem to emanate that, and call that forth from everybody, people are going to take a second look at religion and say, 'Wow, maybe belief is worth it.'"

Despite the stylistic changes at the Vatican - which Dolan said the Pope is implementing "on steroids" -- Dolan said many of the substantive teachings of the church will not change.

"Christianity, like Judaism, is a revealed religion. It's an inherited religion. We believe that God has told us certain things about himself and ourselves, and we can't tamper with that," he said. "Sometimes we wish we could."

He said, for example, that he sometimes wishes he could change the church's teachings on forgiveness since there are people in his life he finds hard to forgive, although Dolan wouldn't say who that are exactly.

Other teachings, such as maintaining faith when times are tough or demonstrating love and mercy to everyone are among the tougher teachings that he must pass on.

Another change Dolan does not believe will occur: the church's stance on same-sex marriage. Even with increasing numbers of Americans backing civil unions and marriages for gay couples, Dolan said the church is "used to being out of step" on other issues like immigration and capital punishment.

He does believe, however, that there should be civil rights protections for those who are "unable" to live up to the standards of marriage held by the church.

"I believe that marriage is a given-- by God, because I'm a man of faith -- but also in the human psyche and human reason and the natural law, that marriage is, at its essence, is between a man and woman; forever, lovingly, faithfully, to bring forth new life and children. I believe we can't tamper with that," he said. "Would I do things to protect the civil rights of those who are unable to live up to that? You bet I would, whether that became insurance, whether that became housing, whatever. Do I believe that society could be affected negatively if we tamper with the definition of marriage? Yeah."

Even as an American, Dolan said he believes that changing the nature of marriage would lead to regret sooner or later.

Dolan said that he is "inspired" by Hobby Lobby, a company he called "true Americans."

"By Lord, all you have to do is walk into a 7-Eleven or any shop on any street in America and have access to [contraceptives] -- is that right to access those and to have them paid for? Is that such a towering good that it would suffocate the rights of conscience? I don't think so, but I hope the Supreme Court agrees," he said.

"That [Hobby Lobby is] fighting for that, willing to go all the way to the Supreme Court -- boy, they sure have my admiration," he added.

Asked whether he'd back a Jeb Bush bid for the Republican presidential nomination in 2016, Dolan said, "I sure think he'd bring something" to the race. Though he didn't know if he would support Bush as a candidate, "I sure admire him," he said.

9/12: Face The Nation with Margaret Brennan

CBS News' Holly Williams reports from Iraq on the latest developments in the fight against extremists with the Islamic State of Iraq and Syria
View CBS News In
CBS News App Open
Chrome Safari Continue
Be the first to know
Get browser notifications for breaking news, live events, and exclusive reporting.