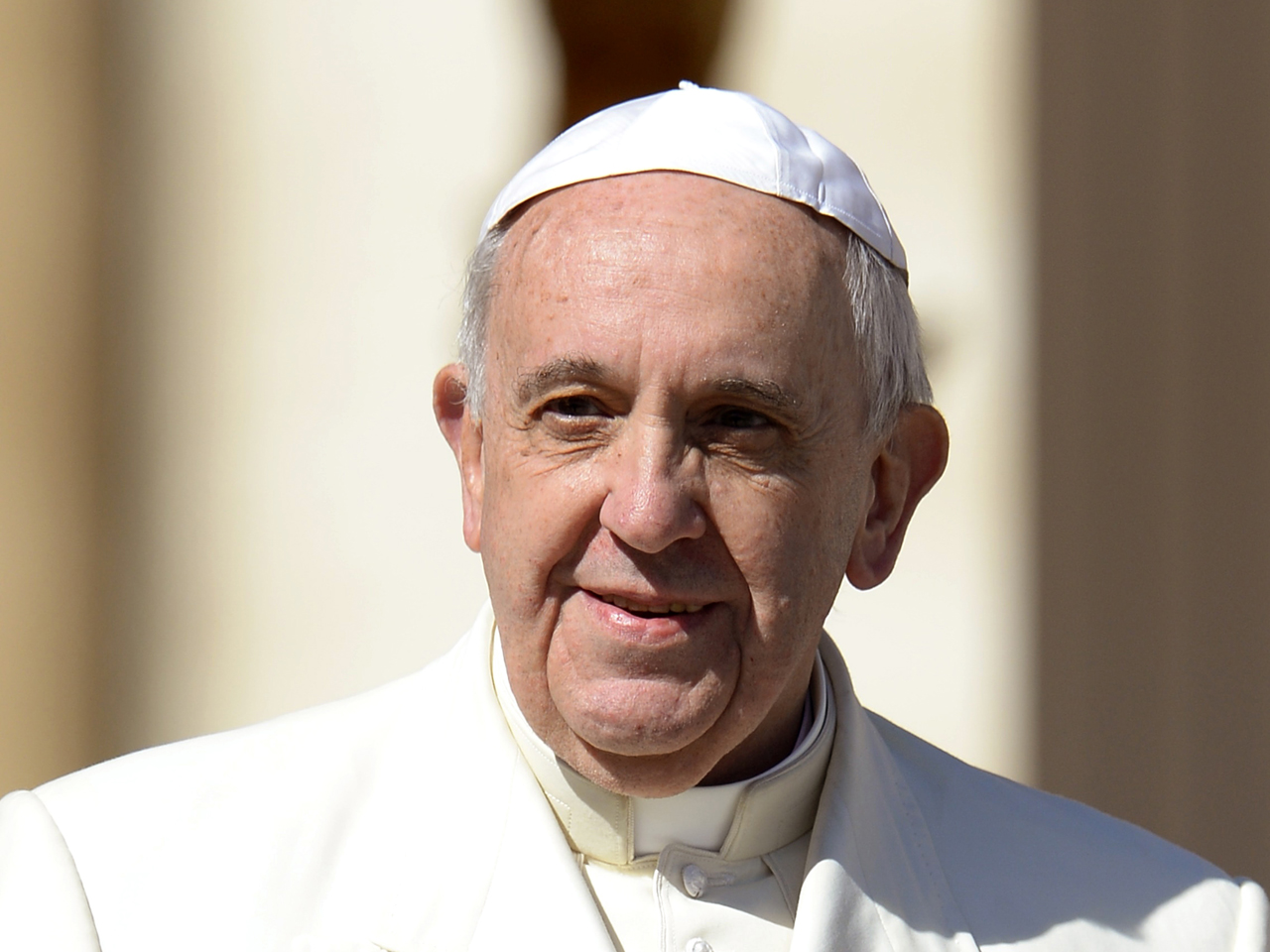 Pope Francis has famously declared a cessation of hostilities in the culture wars on same-sex marriage, contraception, and abortion that had defined the Catholic Church for much of the modern era.

On Wednesday, he signaled a new direction in that regard when discussing civil unions in a short but wide-ranging interview that also touched on his discomfort with the hero worship that's sprung up around him. While still insisting that marriage is "between a man and a woman," he explained why he thought civil unions were created in the first place.

"The lay states want to justify civil unions in order to regulate diverse situations of cohabitation, motivated by the need to regulate economic aspects among persons, for example in assuring medical care," said the pope, in a translation of the interview provided by John Thavis, the former Rome bureau chief for Catholic News Services (CNS.)

When asked to what extent the church could understand this trend, the pope replied: "We need to look at the different cases and evaluate them."

The story written by the current Rome reporter for CNS said this indicated the church "could tolerate some civil unions."

The Vatican has as recently as January said the pope and the Catholic Church are not open to same-sex civil unions, and Thavis told CBS News the pope's wording was deliberately vague in the most recent interview.

"He seems to hint that the church is not simply opposed to any discussion of this," Thavis said. "But whether that would include gay civil unions is not clear. Maybe he is thinking it could be tolerated in terms of social or spousal benefits for unmarried couples in civil unions."

These recent statements do however fall in line with the more tolerant, peaceful clerical philosophy Pope Francis has become famous for espousing.

"The pope is saying it's not the church's business to interfere with these legal solutions to complex problems," said Massimo Faggioli, a theology professor at University of St. Thomas, Minnesota, in an interview with CBS News. "He's acknowledging things that are not part of the (Catholic) Church's purview."

As for the institution itself, "I don't think the Church is going to support" same-sex civil unions, Faggioli said.

The pope's statements are right in line with the "truce" the pope has called in the culture wars on gays and abortion when he famously said "Who am I to judge?" in reference to gay clergy, the Italian-born professor added.

The most important part of the pope's Wednesday interview is the part where he tried to distance himself from the Catholic Church's past views on "non-negotiable values," according to Faggioli.

"It is a shift in the paradigm in the way the pope is going to address some issues," Faggioli said.

A synod of bishops to be held in October will examine many positions on social issues officially held by the church, and things like contraception and marriage are likely to be discussed. While the pope has become famous for a kind of pastoral populism that takes a tolerant tone on several moral issues, he has consistently stopped well short of indicating any major shift in direction of Catholic doctrine.

In his Wednesday interview, Pope Francis explained: "The question is not whether to change the doctrine, but to go deeper and make sure that pastoral care takes account of situations and of what each person is able to do."